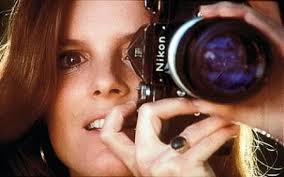 The notion of the “American dream” conjures an image of a mom and a dad in front of their huge home with a green lawn, a white picket fence, and two children. While some may say it is old-fashioned and of a different era than  the state of the 2019 union, others argue that millennials are just as eager to move to the suburbs. Columnist Lucia Graves from the Guardian writes about the benefits of suburban living here, and why the steady stream of urban sprawl from U.S. cities has not yet died out.

It is, of course, normal to desire more space when family planning and stepping further into adulthood, but what happens when you get to the suburbs? The 1975 classic The Stepford Wives answers that question with lurking suspense and an eerie conclusion. 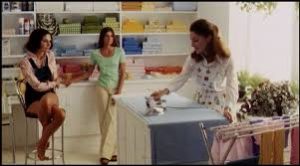 The film follows a young mother and wife named Joanna Eberhart, played by Katherine Ross, who moves to Stepford, Connecticut, from New York City. When she notices the women in the town acting strange, it becomes her mission to uncover a mystery of the overly idyllic town.

The film is a great prelude to the 2017 horror masterpiece Get Out. Though this film doesn’t have as much physical action or fighting, clear parallels can be drawn between the setting, story line, character motivations, and even professions (the protagonists of both being photographers). If you liked Get Out, and are not entirely turned off by watching movies that are almost exclusively about white women, there is a good chance you will enjoy this one too!

For horror and thriller fans who have not seen the original Stepford Wives, but have seen the 2004 Nicole Kidman remake, I urge you to see the 1975 version. The 2004 version succeeds at bringing some playfulness and comedy to the same general plot, but the original has a foreboding energy throughout that gets under your skin as you root for the main character to escape from her creepy new suburb.

The International Movie Database profile for the director, Bryan Forbes, has more recorded credits as an actor than a director. This can be seen in the direction style of the film, which is simplistic in some ways. Forbes uses slow zooming and a particular focus on the eyes of the main character to sustain the suspense throughout the film. 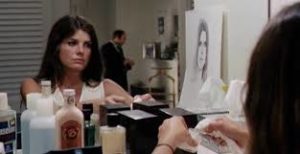 He also has a direction style that allows the performances to truly shine. Ross commands the screen in various scenes that rely on her performance of confusion, curiosity, fear, and disappointment, often without any dialog to drive the point home for the viewer. Forbes combines Ross’s fabulous performance with editing that allows the audience to see what Joanna sees and follow her through her journey for the truth.

We follow Joanna’s, and our own, nosiness to uncover the secrets of the town. Following clues to uncover a mystery is not novel for thriller movie editing, but the editing lends itself especially well in this film to keeping the question ‘what is really going on here?’ in the audience purview.

I myself have never lived in Connecticut, but I can imagine what it would be like, and this movie’s depiction is not entirely incongruous with the firsthand accounts I have heard from the women I know who did escape the state. Would you be able to escape? Or would you enjoy an oasis from the commotion of the city? And would you enjoy it even if not everyone could be free? Only you can answer these questions, and this film will push you to contemplate them.