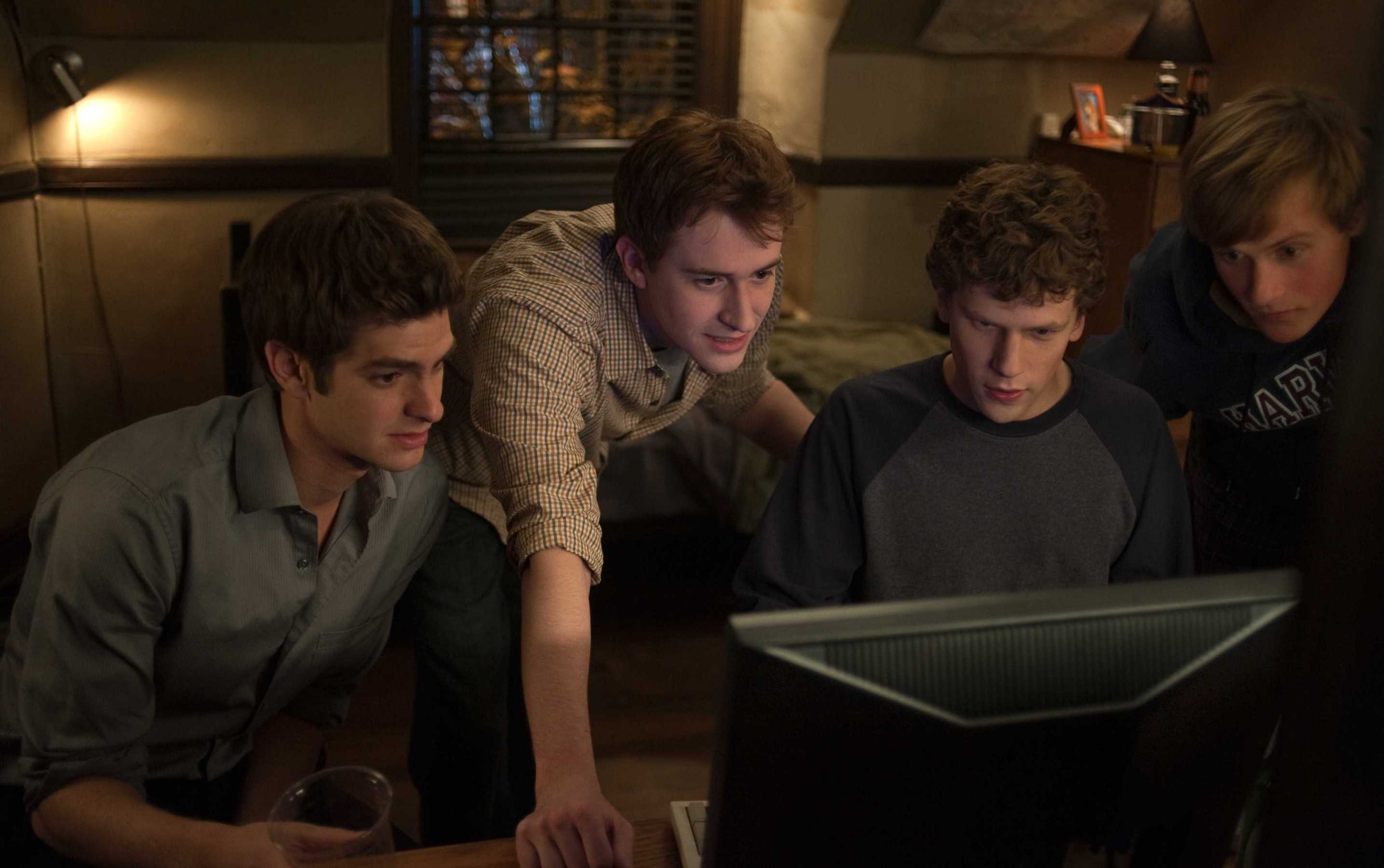 On paper, The Social Network should not have worked. A film about the creation of what is now a multi-billion dollar social media outlet? How exciting could that actually be? Well leave it to incredibly talented director David Fincher to create one of the most riveting pieces of cinema in recent memory, and one of the best films of the 2010s, with The Social Network. Starting with a simple online business concept and ending with a descent into legal turmoil, the beautifully crafted story of The Social Network is the biopic for the current technological revolution we are booming in and one that really explores more than just Facebook, but also the emotions that go into something so personal to people, and the surrealism of something that blows up faster than anyone could have ever imagined.

The Social Network starts with a just-breaking-out Jesse Eisenberg playing Facebook founder Mark Zuckerberg as he is just getting dumped by his girlfriend Erica Albright (Rooney Mara) in a bar surrounded by others, as they get into a match of the minds with Mark trying to one up Erica with everything. With all of what Erica told Mark and the amount of alcohol in his system, Mark runs home and creates Facemash, a site which pits two woman together as students decide who’s the hotter one and so on. Crashing Harvard’s servers and getting on academic probation, Mark is noticed by Cameron and Tyler Winklevoss (Armie Hammer playing both brothers) who are looking to create a Harvard “Facebook” as they call it. Taking him under their wing and with Mark wanting to become part of the Crimson, Mark agrees to create Facebook with the help of his best friend Eduardo Saverin (Andrew Garfield). Things start to go wrong for Mark, though, as he takes the intellectual property and runs off with it while the Winklevoss twins get nothing in return. Down the legal spiral Mark goes as his company, “Facebook,” blows up. 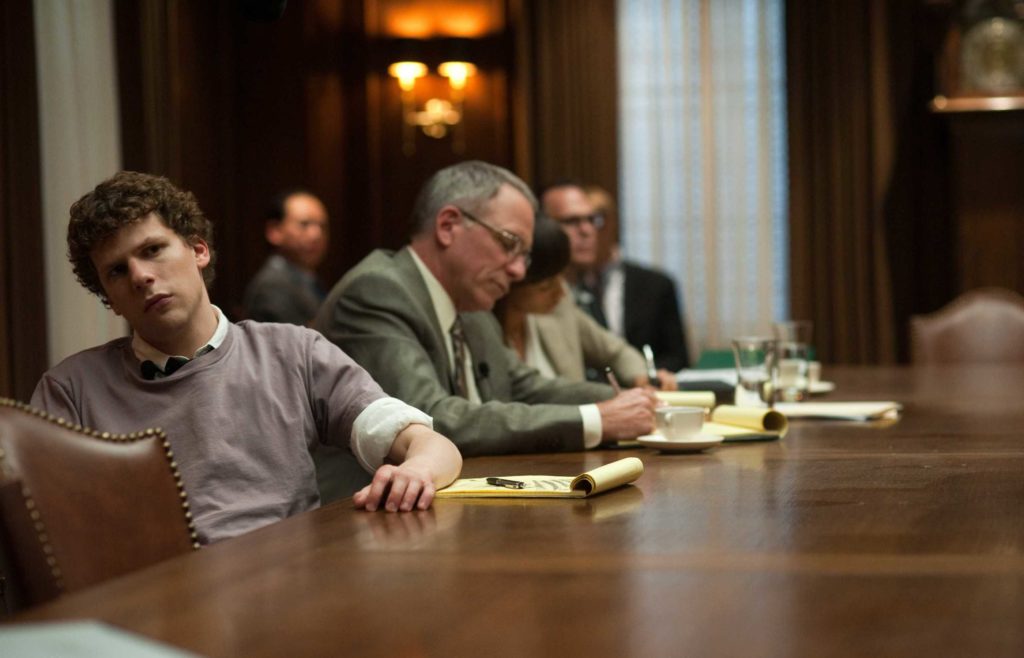 This technologically driven court drama set around a booming business has so many more layers that meets the eye. David Fincher has an eye on the digital aspects of film, and happily embraces digital cameras, which creates such a technology driven look to everything. Trust me, even with the greys and browns, Social Network is a BEAUTIFUL film. From elaborate party scenes all the way to a specific boat race scene that is thrilling as well as darkly comical. Adding to the already superb film making by Fincher is the incredible and harshly underappreciated script by West Room legend Aaron Sorkin. This incredibly crafted script by Sorkin adds so much sarcastic wit and insanely punchy, important dialogue to this interestingly paced drama. At times The Social Network is hilarious, and at others its just as tense as a classic western face off. Layer all of this perfection with an amazing soundtrack by Nine Inch Nails legend Trent Reznor and long time collaborator Atticus Ross, which is actually their first of a long string of collaborations with David Fincher,  the electronic duo later taking duties to do the soundtrack for Fincher’s Girl With The Dragon Tattoo and Gone Girl. This pulsating and tense yet never overbearing soundtrack brings so much out of this film.

There’s no other way to say it: The Social Network is a perfect film. David Fincher’s directing, Aaron Sorkin’s script, the acting of Eisenberg, Garfield, Hammer and Justin Timberlake as Napster founder Sean Parker, the unreal-how-good-it-is soundtrack by Reznor and Ross. The Social Network is the perfect example of a movie where all the right parts align and create a masterpiece that, in years to come, will continually be looked at as a hallmark in film achievement. Not only is this David Fincher’s best movie, but this is one of the best movies of the last 17 years. If you haven’t seen it, then you’re in luck, because the always amazing Brattle Theatre is showing it this Wednesday at 7! Even better, the author of the original book Ben Mezrich will be in attendance as well as it being shown in 35mm. This is your time of you haven’t seen it, so make sure you get to the Brattle this Wednesday!

Screens at The Brattle Theatre this Wednesday, May 24th, at 7 PM< Author Ben Mezrich in attendance!/em>