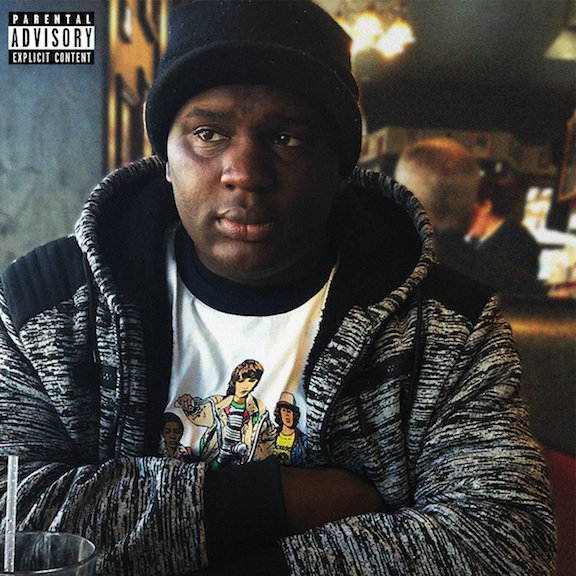 “It’s the realness that makes hip hop”, Lewis told me when I found him deep within the maze-like halls of Mass College of Art.  A musical successor to DJ Premiere, Lewis M. brings a gritty, hard-hitting sound that simultaneously comforts you with a soulful backdrop of classical strings, horns, and flowing female vocals. Lewis lives somewhere in the ether between Blackstar and Gangstarr,  producing tracks inspired by the two groups that represented the high-water mark of the late 90’s soul-beat era. I was lucky enough to sit down with him after a class he taught called “Beat Research” so he could show me his production process and talk about his latest album, Alive.

His music is deep and dark, but the difficult themes are easy to take in because of the honesty and emotional transparency that Lewis proudly shares with a clear purpose: helping his young listeners learn to how to address and manage depression. He says, “What I want is for people to feel safer when they hear my music, to know that they’re not the only ones out there going through this…I want to provide something that I wish I had when I was young and this is what I wish I had.”

Lewis is able to forge a deep connection with his audience by taking them into the inner layers of his psyche, detailing his thought structure and giving us a clear idea of his emotional range.  Lyrically, Lewis uses jazz-inspired fluctuation patterns in his intonation not seen since The Pharcyde hit the scene in 1993.  You can hear this on the song, “Therapy”, where he delivers unpredictable, seemingly improvisational tonal changes that bring his voice up, down, and side to side through a single verse.

We talked about his new album, Alive, which Lewis said was the first time he was able to get personal and talk about his experiences openly and honestly. “I feel like Alive is my best project, period.  It’s also the most ‘me’ project I’ve done.  A lot of times in the past I would try to speak about broader topics, but I made this one intensely personal.  It’s funny too because you know typically your first album is like your book of rhymes album where it’s everything you’ve ever wanted to say, ever. Well this is my 4th album, but I feel like this is my book of rhymes album.”

Describing himself as a “spoken word poet first and foremost”, his rhymes on Alive clearly reflect this designation as he pens lyrics with clarity, detailed imagery, and layered metaphors. For example, on the song, “Give Up The Ghost“, Lewis takes a different angle on the idea of ghostwriting by saying, “A ghostwriter…the chemical imbalance in my brain should get partial credit.” Using metaphor, Lewis tells the listener that the chemical imbalance is the ghostwriter, the one that’s secretly doing the writing on his tracks. When I asked Lewis more about it this line, he said, “yea it’s all my mental shit that does the writing for me sometimes, my depression, anxiety, and PTSD, that’s where a lot of this comes from so I feel like I can’t take full credit.” 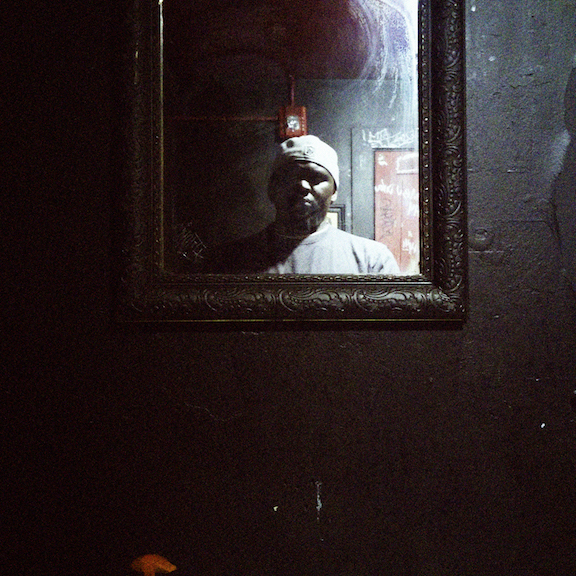 On songs like “Epiphany”, Lewis flexes his sonic creativity by providing an atmospheric sound that gives you the sense of floating in space. Tension builds slowly through the song, offering different sound effects and speed changes that eventually make you feel like the trip has taken a turn for the worst and you’ve found yourself in the middle of an outer-space horror film.

Lewis’s catalogue runs deep, he’s put out dozens of beat tapes and 4 full-length albums.  If you check out his bandcamp there are so many beautifully crafted album covers filling the page that it looks like the Apple Music site.  Lewis has also done some impressive collaborations like, “The 6 O’Clock News” with Boston-based hip hop talent and national slam poetry champion, Oompa. In making that song, Lewis said, “We wrote it in 2 hours, sitting in the same room.  I did the beat and we each wrote a verse.  It was an amazing experience, she’s one of my favorite rappers ever.”

Lewis grew up on conscious rap, which combines jazz-infused soul-beats with thought-provoking, poetry-driven lyrics. It comes as no surprise that DJ Premier is Lewis’ number one musical inspiration. Primo was a key producer behind many of hip hop’s most influential albums including, Nas’ illmatic, Gangstarr’s Moment of truth”, and Jay Z’s Reasonable Doubt. From there Lewis developed a focus on sampling. He said, “what’s interesting about where hip hip is now is these trap producers, they make these incredibly dense, complex beats for their artists and they have to because they don’t want to pay to clear samples or their label won’t. But I feel like some traditions are worth keeping so when I produce I like to find stuff that’s never been sampled before like an Italian horror film soundtrack or like Turkish surf rock. I don’t like to use anything that’s too easy, like John Coltrane where it’s already done and you just put a beat to it. Then I’ll listen to the sample over and over again until I find the center of what I’m making.”

I had the honor of watching Lewis produce a beat that night. He started off by identifying and isolating different components of the samples he had found.  He then started looping melodies and baselines and finally adding in his own instrumental sounds on top. When he put it all together and played it, the beat hit me like a freight train, knocking me out of my chair.  That beat turned out to be, “Eclipse” which you can find on his latest beat-tape, Reunion.

We ended our conversation with a topic that many long-time hip hop die-hards have been debating for the past 10 years: the evolution of hip hop and the frustration about where the genre is today.

On this topic Lewis said: “There’s a trend right now of abrasive, lo-fi, gritty sounding rap, and I think a lot of that is fueled by Soundcloud. It’s what a lot of my students are listening to. I don’t judge because I feel like music is a reflection of the time its created.  Like in the early 90’s rap was starting to become mainstream so record companies starting handing out tons of contracts. That’s where you got these super creative artists like De la Soul, Arrested Development, Nas and DJ Premier. Then when Biggie and Pac died, things had gotten too real which scared some people, so the industry gave hip hop a makeover, focusing mainly on what sells. By the late 90’s most of the main-stream hip hop music became all about escapist fantasies, like “balling.”  Then a more southern sound came in and has dominated the musical landscape ever since, which has in part gotten us to where we are today.  I’m not saying its a bad thing, it’s just that it’s mostly based in escapism which I don’t want in my music – I have Netflix for that.  I want music that’s about real things, real life stories, real thoughts and feelings. In my opinion, it’s the realness that makes hip hop.” 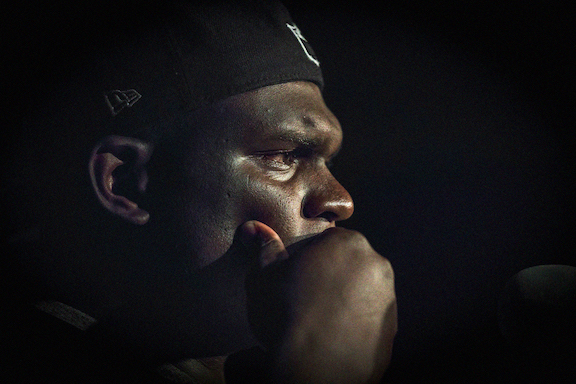