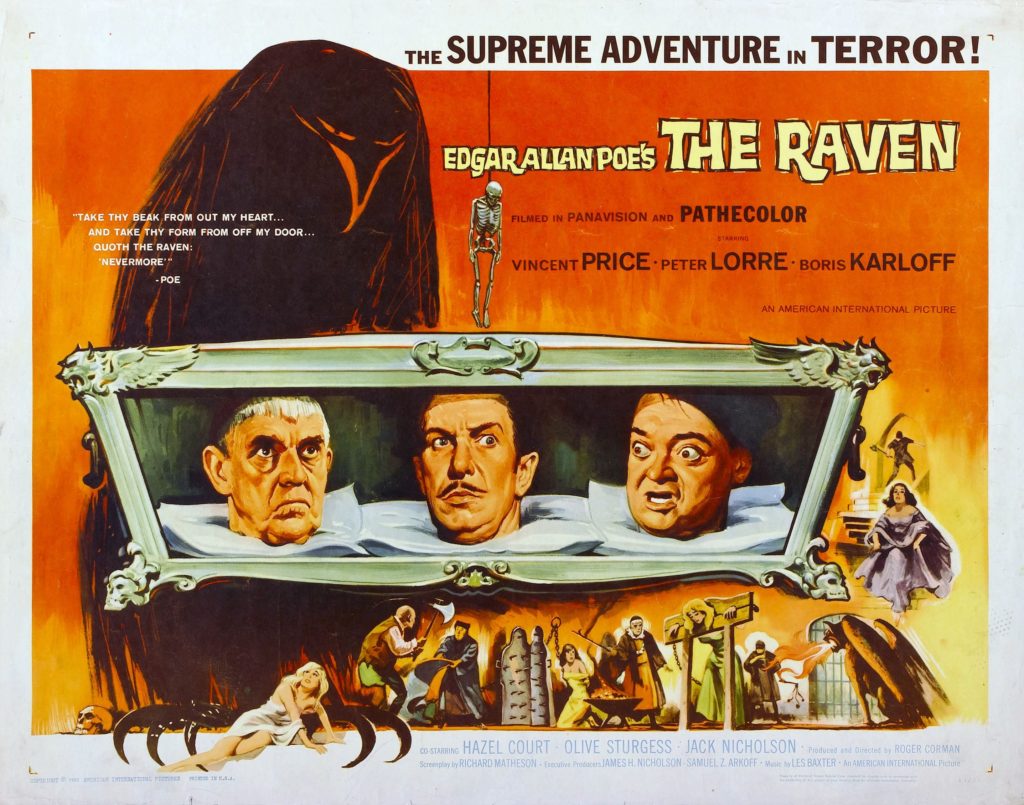 When I was in second grade, my mother surprised me one day after school with a VHS tape called Creepy Classics. This was part of a surprisingly robust genre in the ‘80s and ‘90s of “video mixtapes,” in which a campy horror host (in this case, an elderly Vincent Price!) would sit on a cheap set and introduce clips from (old, mostly public domain) horror movies. Like most of these tapes, the entire thing feels like it was banged out in an afternoon: the clips are muddy and haphazardly edited, the opening and closing feature public access-level titles over Casio harpsichord, and if it weren’t for the fact that Vincent Price could bring class and humor to the phone book, the interstitials would be interminable.

I cannot express the extent to which this tape shaped me, both personally and professionally.

As a budding monster-kid who hadn’t yet mustered up the courage to leave the “Kids” section at my local video store, this tape served as a road map, and, by extension, an essential first step in my cinematic education. It provided me with my first glimpses of films I knew only by title– Night of the Living Dead, Invasion of the Body Snatchers, The Blob— and somehow made me believe that Day of the Triffids was a totally normal thing for a small child to be familiar with in the early 1990s. It made a running gag out of clips of Christopher Lee battling a disembodied hand from Dr. Terror’s House of Horrors, which I thought was the funniest thing I’d ever seen. At one point, the tape features the parallel bar scene from I Was a Teenage Werewolf, which I was thrilled to connect to the third verse of the Cramps song on the Elvira Halloween cassette I received around the same time. If that alone isn’t my own personal origin story, I don’t know what is.

But of all the clips on the tape, few fascinated me quite as much as Roger Corman’s take on The Raven. The idea of Price (who I already knew from The Muppet Show and The Great Mouse Detective) starring alongside Boris Karloff (Frankenstein and the Grinch!) and Peter Lorre (the inspiration for countless cartoon characters) seemed too good to be true– let alone in a film where Lorre is literally running around in a giant raven costume! It would be some time before I actually managed to track down The Raven, and in the intervening years I began to wonder if the reality could possibly be as ridiculous as the version of the movie that existed in my head.

As it turns out, it could.

A little context: in the early 1960s, exploitation maestro Roger Corman decided to go “legit” with a series of “lavish” Edgar Allan Poe “adaptations,” nearly all of which starred Vincent Price. Those scare-quotes are worth noting– he was still working for b-movie powerhouse American International Pictures, cut corners by reusing footage and pilfering sets from higher-budgeted movies, and violently stretched the limits of adaptation by fabricating plots wholesale– but each of these films became an unqualified success, and most are damn entertaining to boot. By the time of The Raven, the fifth of what would turn out to be eight films (including The Haunted Palace, which is actually a Lovecraft adaptation with a Poe title grafted on, but close enough for jazz), Corman started to get a little stir crazy. So rather than craft a “straight” adaptation of Poe’s poem about a man yelling at a bird, Corman wondered: why not make it a comedy about wizards?

Price here plays Dr. Erasmus Craven (har har), an alchemist mourning his wife, Lenore (this is lifted from the poem, of course, but it’s also a throughline of Corman’s Poe films, and Price’s filmography in general, to the point where the old VideoHound movie guides included “Vincent Price Pines Away at his Dead Wife’s Portrait” as a genre unto itself). Lorre, meanwhile, plays the titular raven, who turns out to be a fellow wizard named Dr. Adolphus Bedlo, who was put under a curse by a different wizard named Dr. Scarabus, played by Karloff. Bedlo tells Craven that he spotted Lenore’s ghost at Scarabus’ place, so the two set off with Bedlo’s son, played by Jack Nicholson (!) (!!). Typically convoluted hijinks ensue, building up to a magical duel (featuring some actually fairly impressive animation) and the standard Corman third-act bonfire.

If all of this sounds ridiculous, it is. Price, as always, is game for whatever insanity Corman serves him, and Lorre is utterly off the rails in the best way possible. According to Corman’s beyond-essential autobiography, Lorre was full-on method at this point in his career, throwing out most of his written dialog and ad-libbing hysterical tangents. Karloff, meanwhile, was firmly in the theatrical tradition, and couldn’t deal with Lorre’s curveballs (Price, a couple of decades younger and hipper, became their de facto go-between). Nicholson is just okay; he shows little of the deranged charisma that would eventually turn him into a superstar (telegraphed a few years earlier in Corman’s original Little Shop of Horrors), but it’s still a trip to see him recite medieval mumbo-jumbo to a bird-suited Peter Lorre.

Which ultimately sums up the appeal of The Raven. Is it schlock? Of course, but it’s a staggering work of schlock, and Corman (and Price, and Lorre, and probably to a lesser extent Karloff and Nicholson) knows it. The story is nonsense, but honestly not much more so than the rest of the Poe films, and it’s refreshing to see these guys loosen up and have fun with it. It’s the rare AIP exploitation film that lives up to the madness promised on the poster– or, for that matter, in the sizzle reels cooked up by cheapjack VHS producers, or in the mind of a kid just realizing that creepy can be cool.