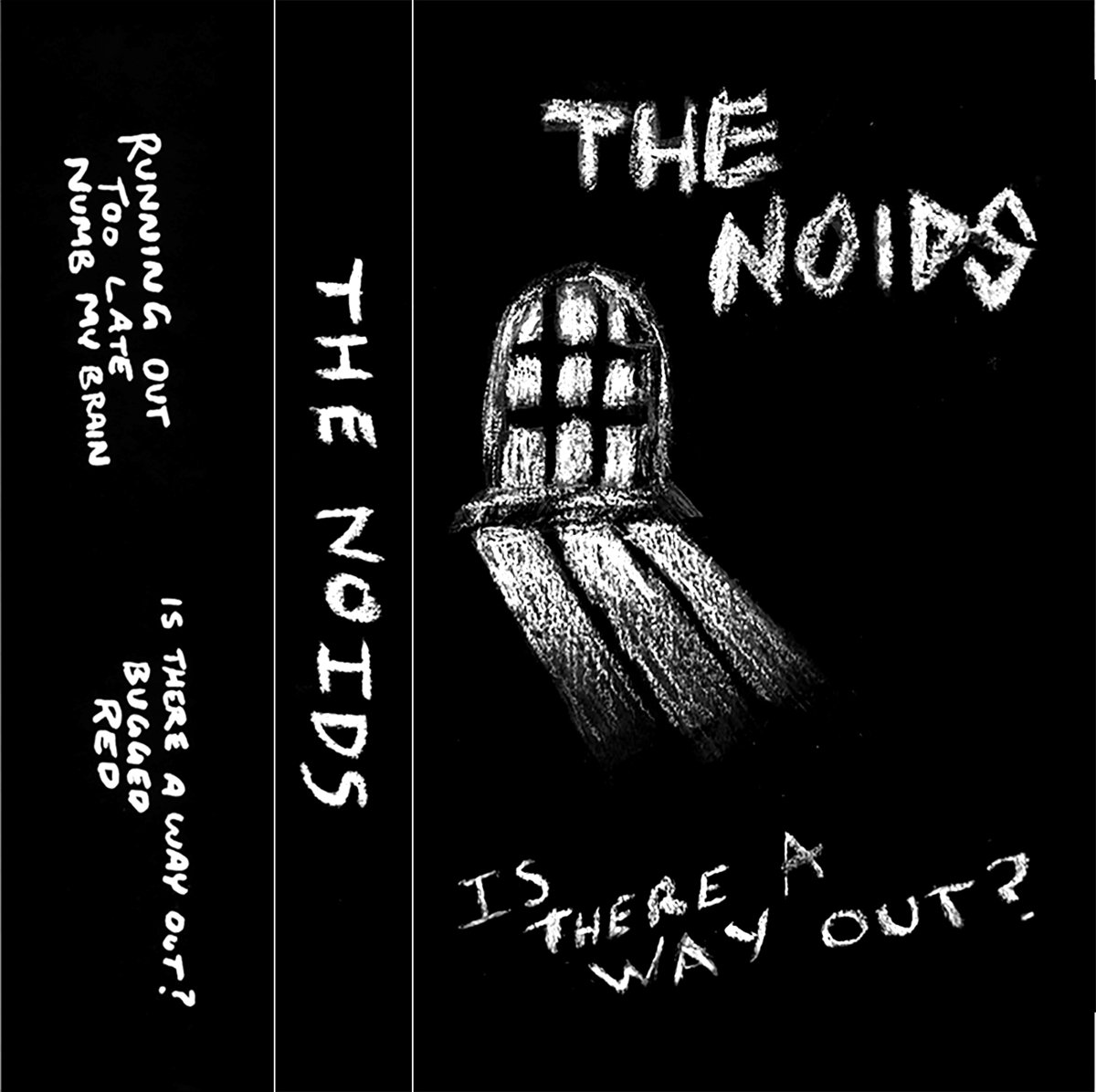 Is There a Way Out is an exciting EP from Denton punk/hardcore group The Noids. Using simple songwriting, and creative lo-fi recording, the band shows just how dynamic they can be in under 15 minutes time.

While the music is clearly recorded on a low budget, The Noids use this to their advantage. The constant droning of feedback running throughout the recording compliments the noisiness of the album and adds to the atmosphere. Never does it become a distraction.

Is There a Way Out is far from a noise album, but subtle elements of noise and feedback are essential to the album’s sound. The songs are structures and sung like somewhat traditional punk songs, but the ringing vocals and crunching guitars take on a more haunting element due to the feedback that surrounds them.

The riffs on the album are catchy and relentless from the first moments of the opening track “Running Out” where guitar pores in with roaring urgency.

One of the EP’s most intriguing elements is the contrast between the two vocalists—what sounds like one male, and one female voice. While the two match each other in intensity, they completely contrast in styles. While the female voice is melodic and powerful, the male voice is growling and maniacal. When the two trade verses on the EP’s title track, it makes for an exciting and dynamic experience.

The Noids are clearly just getting started. Everything about their sound is rough-around the edges. And while for now they are using this element of music to add to their intrigue, I have no doubt they’ll be perfecting their sound with upcoming releases.

We’re not even a full month into 2020, and fans of progressive rock already have a reason to celebrate. On January…