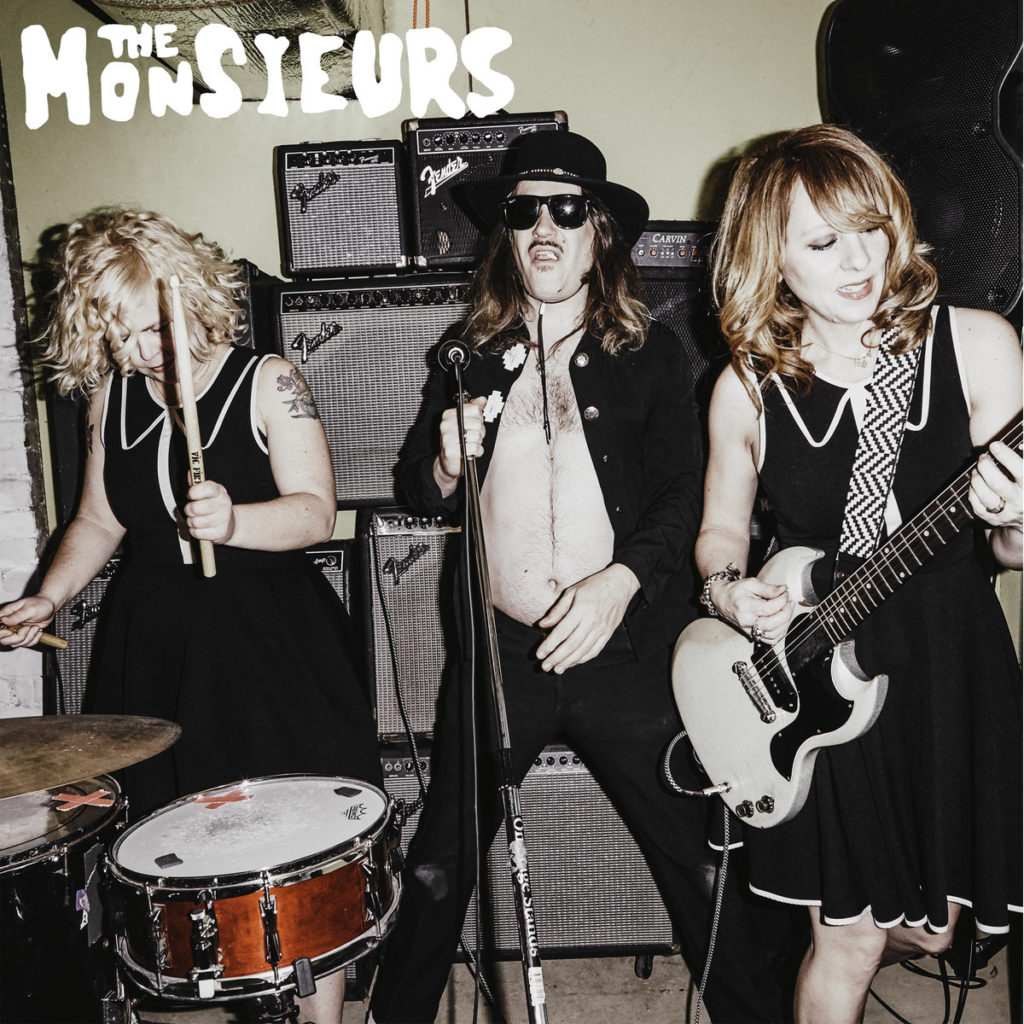 Rock and roll needs more people like Andy MacBain. His over the top personality that is poured across every track on Deux provides that liberating feeling that’s vital to music. He seems like the kind of extreme extrovert that raises the energy in the room and either gets everyone dancing or drives them out in the process. Backed with plenty of fuzz and attitude by Hilken Mancini (guitar) and Erin King (drums), The MONSIEURS deliver a stomping batch of sweaty rock that will leave you in joyous perspiration.

Many may already know Andy from his previous band Tunnel of Love and If you enjoyed that nasty garage rock sound you’re going to love this one. For anyone else as long as you’re not too jaded to appreciate the Ramones (I know but they do exist sadly!)  you’ll want this. California’s gritty vocals sounds like he’s channeling the Sonics throughout but they never obscure the hooks lying underneath these well crafted songs. The band, sounding tighter than ever here, play with a visceral charge like you’re jumping around and spilling beers with them. It’s too hard to pick a favorite track here, they’re all killers. Deux is rock and roll distilled into its glorious and defiant essence. You need this album in your life.