Former Whitehaus denizen Con Tex has been playing his songs around town for some time now, but it wasn’t until I saw him with a sympathetic backing band called THE FORGOTTEN JAM that I was fully smitten. But I DID see and hear The Forgotten Jam executing Con Tex’s ramble-rock, weirding it, and twisting it on through the psychedelic prism 100%.

They seem to be keeping it as simple as possible these days, the full name of the band just The Forgotten Jam straight-up moving forward. I recall a very magical set by The Forgotten Jam down by Boston Harbor at our Columbus Park show last summer. And that magic is bottled here on the band’s first recording, also known as The Forgotten Jam. Eight shambling, psychedelically shaggy, underground country-rock jams that seem to me to encompass the true meaning behind a thread that’s been running through Boston-area rock for some time now; a multicolored thread, porous and accepting. Open to new things and hanging out on the porch. 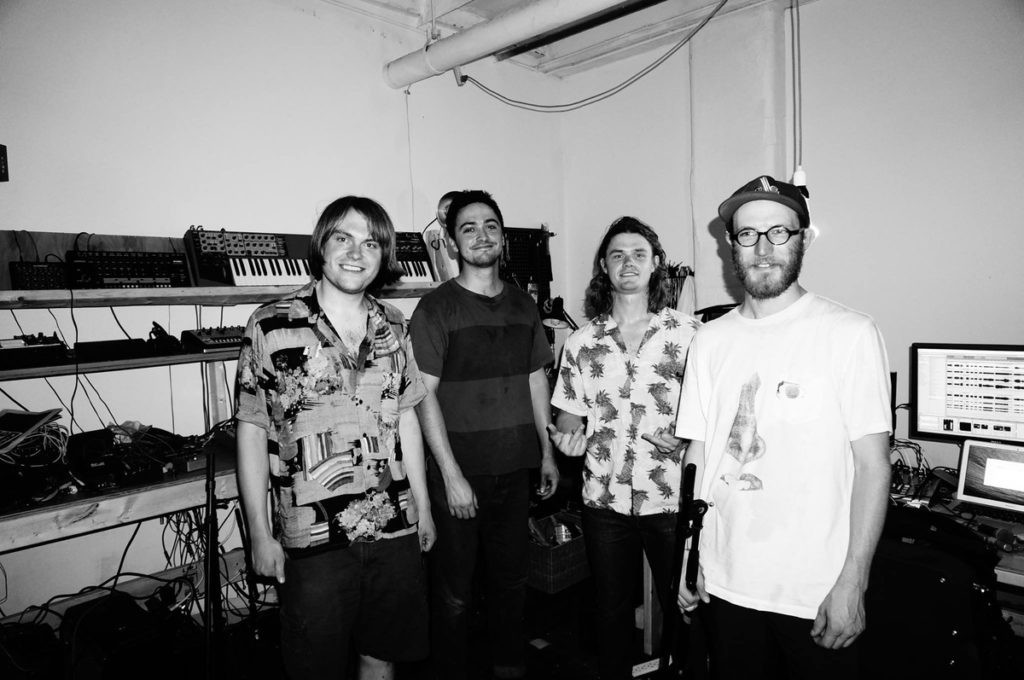 “Two Jobs” is the song that will stay with you, as it has me, since I was first lucky enough to hear it back whenever that might have been. An enchanting and funny song about class, particularly the struggle of not having money AND trying to be an artist or a musician. Especially trying to do this in Boston. Con Tex wrote this song and we started this website for the same reasons. The rest of the album is just filled to the brim with a loose rock ensemble barely able to hang on to Con Tex’s wandering vocal delivery. But they pull it off, and the thing never falls apart, no matter how far off the rails things go on songs like “The Forgotten” and “Out of Time.” If you get the chance to bbq with some friends and/or chill family members this summer, with the breeze blowing warmly around you, you might want to slip on The Forgotten Jam. The record sounds great, recorded by Jimmy Hughes at the Groove Box Museum in Roxbury and full of meandering bass and guitars, great drumming, and the peculiar worldview of Mister Tex. This band is playing live a lot right now. You should seek them out. I look forward to my next opportunity to do so.