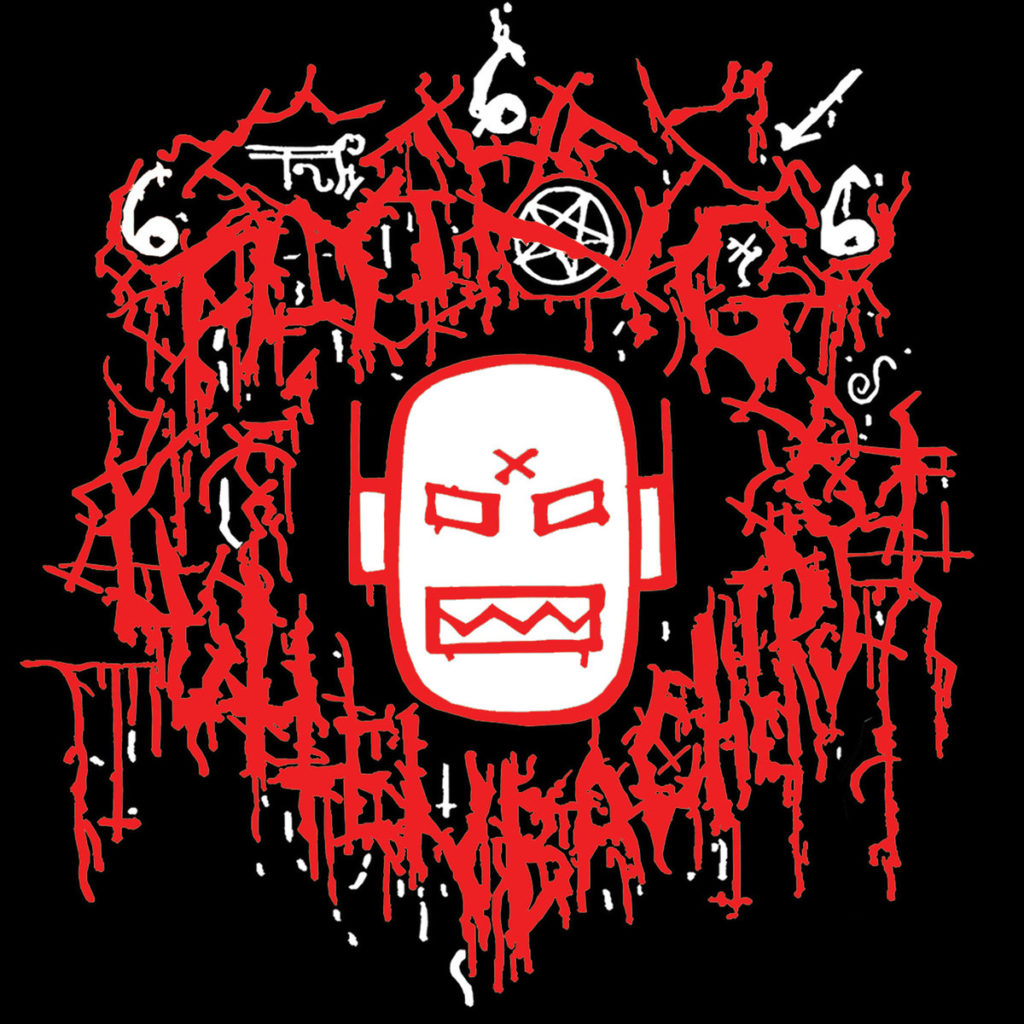 The Flying Luttenbachers have been led by drummer/renaissance man/shit-kicker Weasel Walter since their inception in the early 90’s. In the dozen years since their last release, Walter has been rescuing and reinvigorating the careers of obscure no-wave figure Von LMO and the slightly-less-obscure no-wave figure Lydia Lunch. Along the way, Walter has been involved in nearly every genre the average listener might refer to as “extreme” (or brutal- or unlistenable), including thrash, noise, free-improv, no-wave etc.

The reformed Luttenbachers include Matt Nelson on saxophone, Tim Dahl on bass and Brandon Seabrook on guitar. The contributions from these veterans of the improvised and new-music scene allow Walter to create a fully realized statement on Shattered Dimension. Varied genres are teased and then rapidly discarded with an intensity that is at times disarming.

On opening track Goosesteppin’, you’re immediately reminded of what it is the Flying Luttenbachers do. Ferocious blast-beats and competing and contrasting sax and guitar melodies create a maelstrom of noise for the brief four minute track (by far the shortest on the album). Such a manic opener might make one think that the entire record is going to be similarly intense and energetic, but the next track veers from that territory real quick.

Both Cripple Walk and Sleaze Factor have an oddly funky strut at a less frantic pace, due in large part to Dahl’s creative low-end. Ample room is allowed for some serious guitar and sax shredding that is able to stay creative AND melt brains at the same time without resorting to hippy wanking or technical-metal noodling (which is hard to do).

The centerpiece of the album has to be the last track, Mutation. Over the course of it’s 21+ unrelenting minutes of blast-beats, noise, feedback, literal screaming sax & filthy guitar skronk, the Lutts tear apart all notions of convention before tying it back up with a pretty pink bow. There is even a short section of stoner riffage at about the 15 minute mark. It is like a blindfolded journey to god knows where, and when you arrive you question whether you’ve even left yet.

Fans of math-rock, progressive metal and instrumental rock & roll of all kinds will find something to like about this record, out now on CD and digital download from ugEXPLODE Records and soon on vinyl from the Austrian God Records.