Three years prior to The Fly, David Cronenberg directed multiple movies that depicted morbid body horror. Shivers, Videodrome, and Scanners all showed off Cronenberg’s eye for violence. The head explosion in Scanners is one of the best head explosions you’ll ever witness. There’s more to the grotesque special effects in these movies. They’re integral to the characters’ struggles. In The Fly, the transformation of Seth Brundle (Jeff Goldblum) from human to abysmal creature is symbolic to the type of scientist he is. 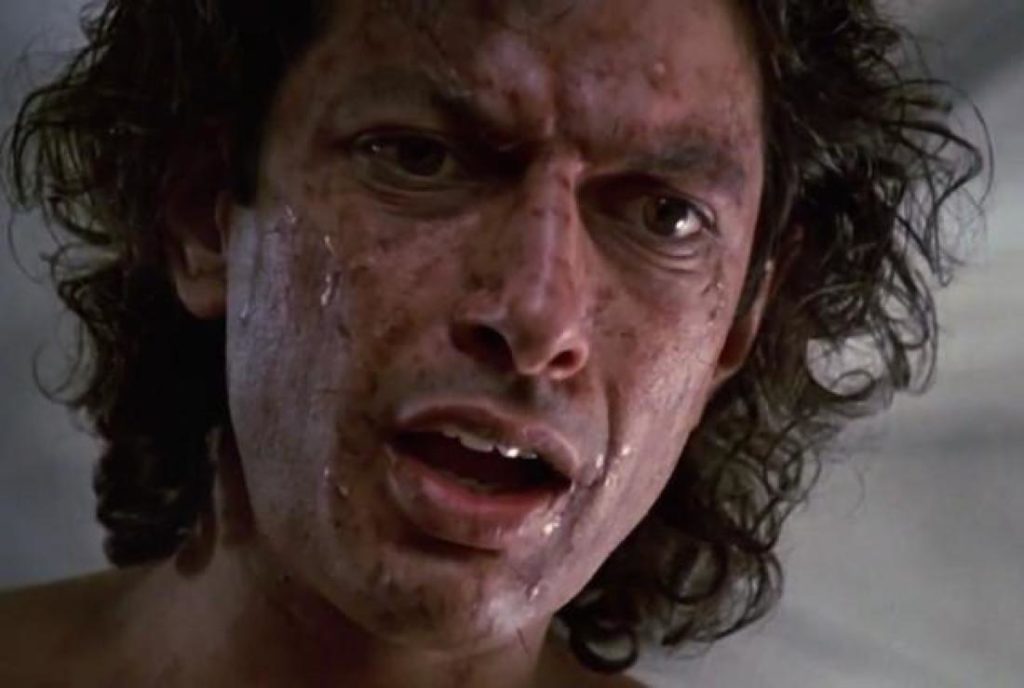 Goldblum’s performance as Brundle is the main highlight of the film. We are immediately aware of what kind of character he is: a scientist with an ego bigger than the ideas he is trying to grasp. “I’m working on something that’ll change the wor,” he so boldly states in the first bit of dialogue of the movie. His confidence is admirable. His relationship with Veronica (Geena Davis) only elevates his determination and love for the invention that he has poured his heart into. He boasts, but only to those who he knows will believe him.

The transformation after the teleportation accident makes Brundle an exaggerated mad scientist. His rants about deep hypothetical science are hilarious, and vital to the symbolism. During these moments of hysteria, Brundle’s true self is revealed. He has held back his knowledge and ambition on the world. As his flesh is being melted down into something straight out of Hell, Brundle is punished for his work. I interpret the transformation as a way of the universe telling him that he has reached to far into science that he must stop here. As if human kind is not yet ready or capable to understand what he has discovered. Man has always found exploitative ways to change great inventions. 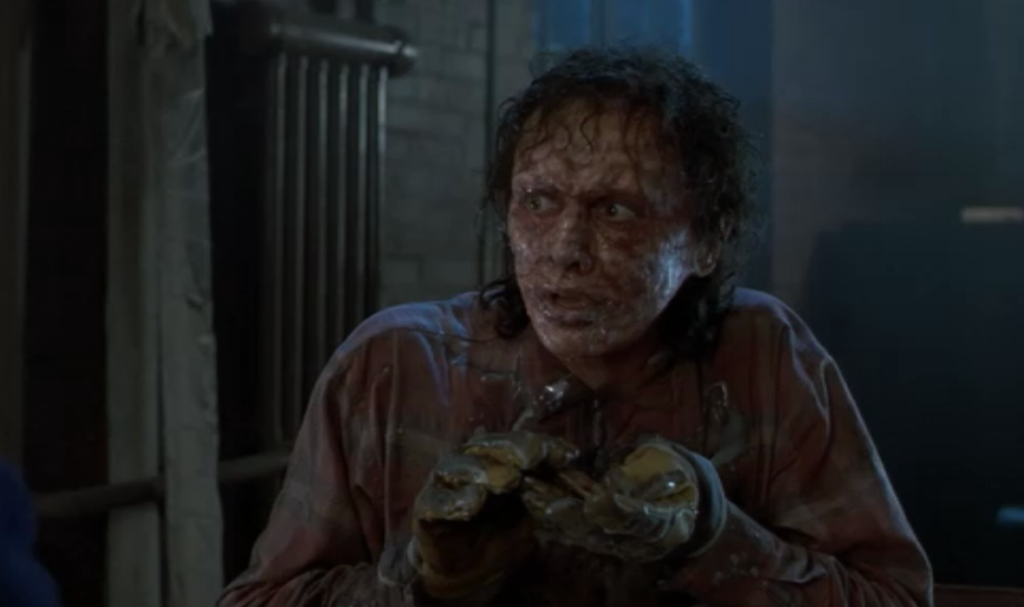 Visually, you will get sick watching this the first time. I’ve seen the film about five times, and each time has me gagging when the white guck oozes out of Brundle’s skin. Part of early Cronenberg’s early work is the gore. Videodrome is the jackpot, but The Fly still has moments that stick with you. The visuals in the movie are breathtaking. Brundle’s final stage is the stuff of nightmares The ending is the inevitable demise of a great mind. You can only fly so high before your wings burn.