There’s something delightfully off about The Fifth Element, between Bruce Willis’ everyman with a dye-job and Gary Oldman’s Southern badboy. It leans perfectly into the foreign liberties science fiction allows and, in doing so, reminds us why we watch movies set in the future: They’re fascinatingly weird.

Of course, Luc Besson is no stranger to the bizarre, with films like Subway (1985) and his work on the childish abomination known as Arthur and the Invisibles (2006). In each piece of work, he infuses a decidedly cerebral sensibility that makes his characters feel that much off of being perfect and, in doing so, creates a hit or miss pathos for his emotional weirdos.

This is something which is exciting, given his return to sci-fi with the already divisive Valerian and the City of a Thousand Planets (2017), while also threatening. I mean, what if he’s out of that sweet, sweet Besson Brand of Weird?

Probably not, but hey, it’s something to consider. 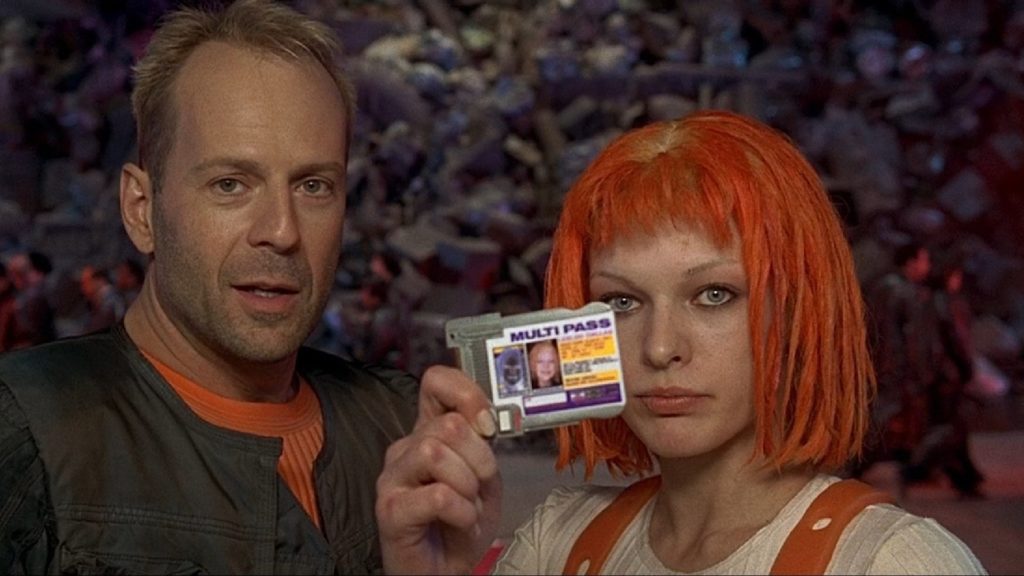 Regardless of his future, The Fifth Element stands the test of time as a refreshing alternative to your Treks, your Wars, and your other galaxy epics. For those who have yet to have that lazy Sunday afternoon exploration of Element, the story goes as follows:

Bruce Willis plays Dallas, a retired soldier working as a future taxi-man who crosses paths with Milla Jovovich’s Leeloo, a magical or spiritual or alien being created for the sake of stopping an ancient evil. They meet in what is an affectionate mix of influences from Blade Runner and Star Wars, complete with floating cars and strange fashions, until they’re both thrust into the overarching plot of retrieving four elemental stones to defeat Gary Oldman’s Zorg and to push back a big old ball of black fire. Sure, they do the thing and save the day, but there are some seriously fun steps in that journey.

One of these is Chris Tucker’s Ruby Rhod, a sci-fi character like no other, defined by Tucker’s wildman persona of yelling and crying along an intense spectrum of performance. He’s the answer to your C-3PO, only this time he’s doing more than looking coyly into the camera and actually helps the journey by becoming a part of possibly my favorite squad in any film ever. 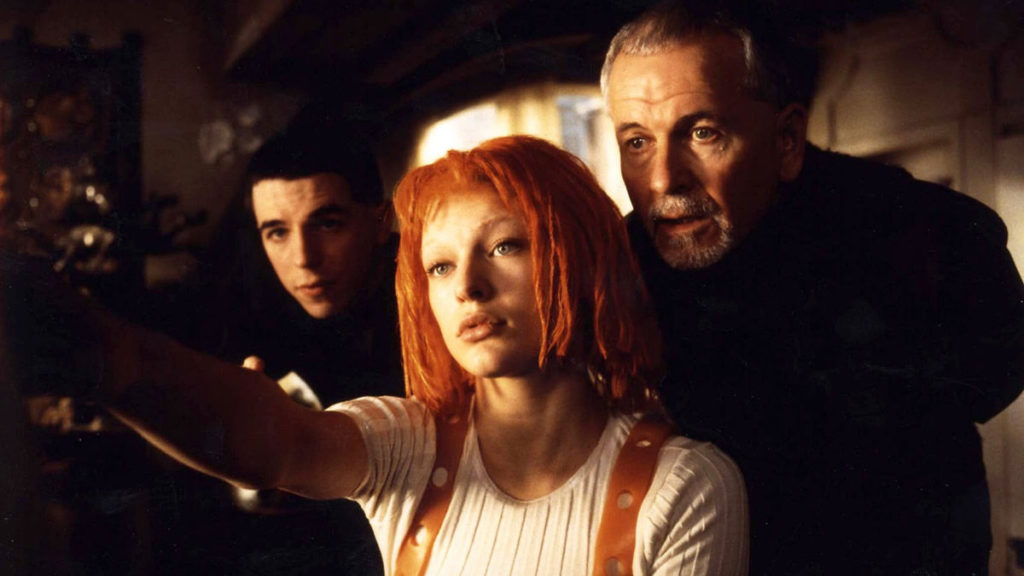 Rhod isn’t integral to the plot, but he’s a welcome addition, as he functions as a great source of humor between Willis’ quips and Jovovich’s athleticism. He’s a detail that feels more like a smudge than a stroke on this palette, something which gives Element some true character.

And that’s really the magic of this film: its ability to introduce bizarre friends who subvert our understanding of the chemistry Star Wars defined. The film brings us a crew that’s so weird it’s great and, in doing so, helps define what would ordinarily be a lackluster story of saving the day.

I don’t think Besson will ever capture this magic again as he tries to create more stories of love and understanding shrouded beneath bullets and explosions. Yet I do have faith, as I remain optimistic that Valerian will function as an updated retelling of what, in my opinion, is Besson’s best and most accessible feature.