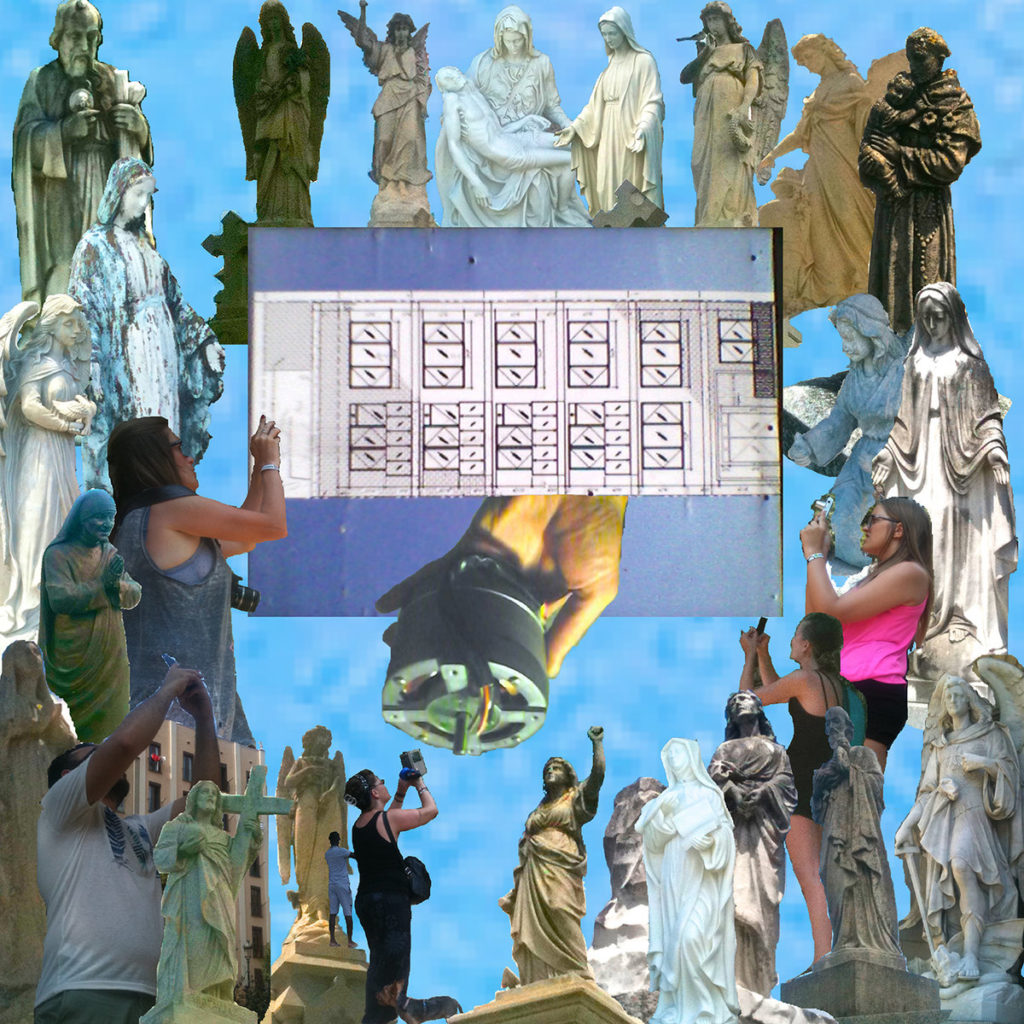 THE CRADLE are one of NYC’s greater experimental exports of the last bunch of years. I don’t know when I first became aware of Paco Cathcart’s music, but I didn’t pay enough attention when I did. Then when the BAG OF HOLDING record came out on NNA TAPES (which also put out this new record) I listened and I liked. I appreciate, and truly enjoy that beautiful record, but in the long run I didn’t connect – fully connect – with THE CRADLE at that point. It’s me, not them/him. I’ve had myriad chances to make my connection, as there are some 30 albums by THE CRADLE circling this Earth with us, but it didn’t happen for me until now. It will be my pleasure to go back and explore all of those other albums. To see what I can find. If I can find some semblance of THE GLARE OF SUCCESS I’ll probably be doing really OK.

A delight. The dubby flavor is obvious and intoxicating from the get go on GLARE. The samples found within the album come mostly from the Sammy Weissberg-arranged instrumental and Palberta-vocal contributions to the BAG OF HOLDING album. They are chopped and spoiled to perfection creating a heady stew of askew pop deconstructed by the architect himself, all fitted to skittering drums and bubbling bass-lines and off-beat poetics. I am in the house of the outsider and it’s one of those rarer instances where the outsider is armed with some fat bass.

Basketball songs have an extra chance of getting me. Nothing extra was needed to put me over on the “The Name of Willis Reed” however. A forgotten memory put to song. This one doesn’t even bounce, despite being basketball-related… at least not in this dimension. I love it, but this could bother some. Bounces more in the second half.

“New Organ”  is the one song from this record with a video, I think. Rides hard. Thumb piano and sampled drums. This is the kind of chaos dance music that makes my life. In the best way possible this brings it back to a formative album for me, BECK’s MELLOW GOLD. Has the vibe of a couple songs off that record, just without a willing rapper, though Cathcart flows in his own special way no doubt.

“Day’s End Dub” is yet another treasure from this sack of outsider art pop. I think this song is so pretty. The dreamy outsider pop-dub that I’ve clearly been craving is finally in my arms. I hold it in my hand and I put in my mouth. I swallow it. Now it’s in my stomach. I feel the whole of THE GLARE OF SUCCESS in my gut. I feel it throughout my whole body. Feels good. And I can see that bike in the river from “Poison Mushroom” so clearly. This record really did it for me.