For as long as I can remember, cryptozoology has been something of a pet passion of mine. As a child, animals were my first love, and monsters were my second, so imagine my delight to find out that there were a handful of monsters who might actually be real animals! I diligently borrowed every book I could on the subject, and could soon speak – at length – about the attributes and sighting history of everything from the yeti and sasquatch to the Jersey Devil and the Dover Demon. When grown-ups would ask me my dream job, I would cheerfully answer “cryptozoologist!” not realizing that this was not a job that one could easily go to school and get paid for. I wasn’t quite Fox Mulder, but I probably could have fit in pretty easily with the Lone Gunmen.

Today represents a sort of Best Of Times/Worst Of Times situation for fans of cryptids. On the one hand, there is perhaps more television and literature on the subject than ever before. On the other hand, most of it is garbage. My oft-stated assertion that I will watch any sasquatch documentary on TV has been sorely tested by the glut of shows like Finding Bigfoot, which nonsensically try to apply the Ghosthunters model to what are, ostensibly, flesh and blood creatures (“I am surrounded by five or six ‘squatches!” I once heard the host of one such show say, without once instructing his camera crew to turn and film them). Even more dispiritingly, the proliferation of camera phones has conspicuously failed to provide any notable uptick in evidence. To continue the X-Files metaphor, it’s like the cliffhangers at the ends of every other season where the X-Files get shut down and Mulder sadly takes down his UFO posters. 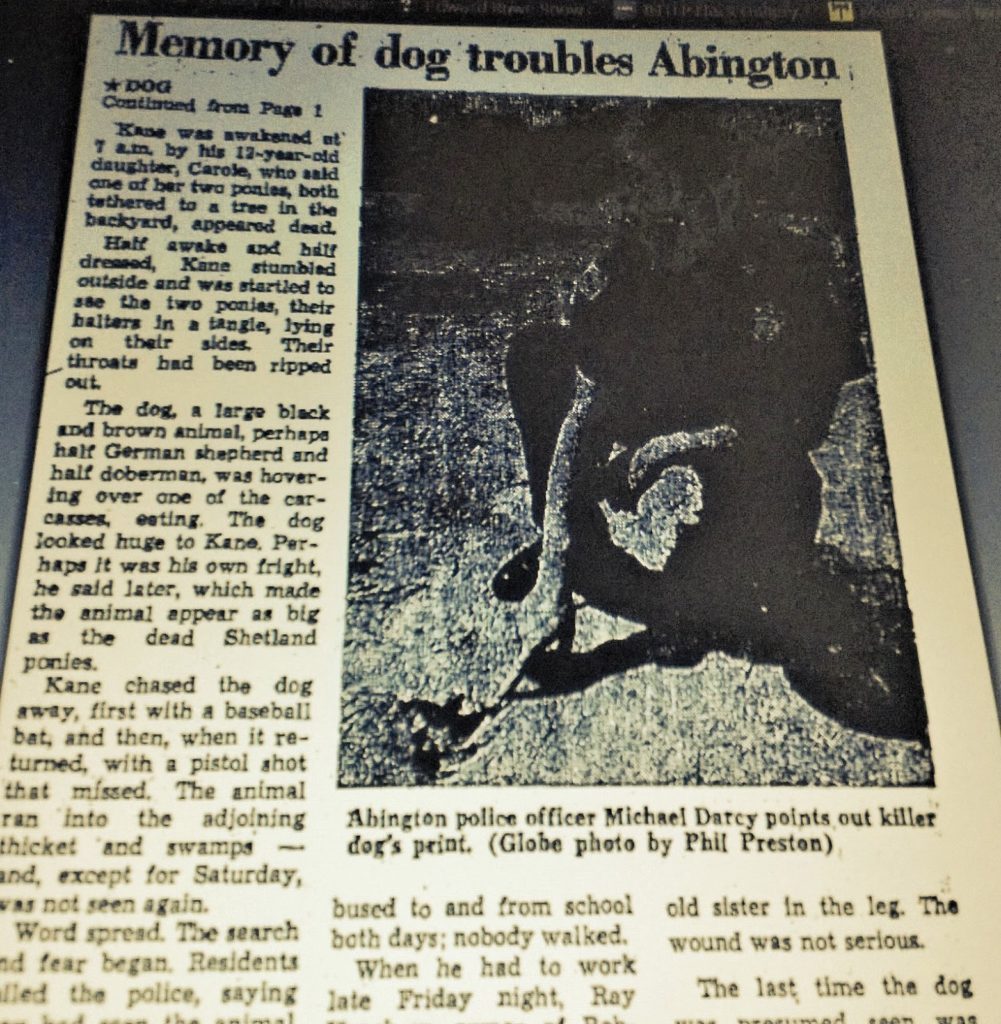 Luckily, all is not lost. Once you get past the show-biz grandstanders and rationalist naysayers, you’ll find that there’s still a thriving underground of honest-to-god scientists (or, at least, earnest amateurs) keeping the faith alive, hunting for answers to mysteries you’ve likely never heard of. One of the most fascinating – and closest to home – is the Bridgewater Triangle. First coined by International Cryptozoology Museum founder Loren Coleman, the Bridgewater Triangle is roughly defined as the area between Abington, Freetown, and Rehoboth and centered on the wonderfully named Hockomock Swamp. Among the area’s  “evil, bedeviled, and ominous occurrences” described by Coleman in his essential guidebook Mysterious America are apemen, UFOs, haunted Native American burial grounds, and livestock mutilation. Not bad for townie country.

Tonight, the underground exhibitors extraordinaire at Channel Zero bring the Triangle to the Somerville Theatre’s microcinema, in the form of a documentary by Aaron Cadieux and Manny Famolare. Natives of the Bridgewater Triangle themselves, Cadieux and Famolare will be onhand to answer questions about the Fortean wonderland in your backyard. Whether you’re a believer or a skeptic – or if, like Agent Mulder, you want to believe – you’d do well to check it out.