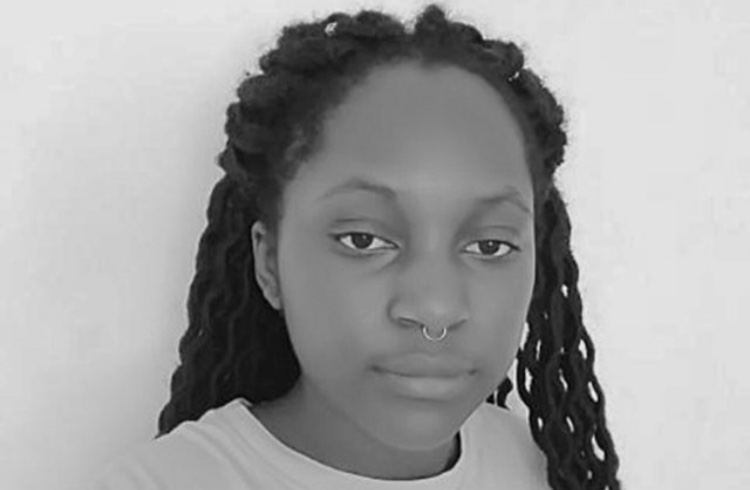 Meet Evamena. A rapper from Brookline who makes music all of her own style. She mixes, produces, and raps, and is only 14! When I first listened to her songs, to me I found them hard to describe. Her music is a mix of indie pop-like rhythm and hip-hop instrumentals. It makes me think of a long plain ride, in that the tracks take you to a place where the journey really matters. She uses low-fidelity software like Garage Band and Voice Memos on her phone to make some of the coolest songs to ever come out of those apps. While some of these apps may seem inconvenient and stressful to some, Evamena’s music invites the listener to sit back, relax and enjoy the journey.

In this interview, we touch on the music industry and how it limits possibilities to grow, what inspires her to make music and more.

Michael M: How did you you start songwriting?

Evamena: I got started in music when I was in third grade, I was simply writing lyrics on paper,  I eventually got a phone and started to record myself rapping/singing and playing ukulele in voice memos. Eventually, I discovered garage band and began to record my rapping behind tracks that I would mix. Soon I started to make more music and found a passion for it.

MM: How would you describe your upcoming EP in a few sentences?

EM: I want my upcoming EP to be a personal milestone in my teen music career because I’m truly just getting started. I hope that the EP to be better than anything I’ve ever created so far. The EP has songs that range in style and flow and I want to create music that isn’t like everything else, most rappers in the mainstream make similar music and I want to make something different yet keeping my influences true at heart.

MM: When I listen to your music I see influences of those artists you mentioned above but how do you incorporate other genres in your music like indie-pop and alternative?

EM: When I was making my song, Incognito I was trying to go for a more alternative vibe. The song is slower paced and the track is very different from my other songs. Incognito differed from other songs because the subject I picked to write about was not only based on real life but it was more serious of a song to write. Incognito isn’t that personal of a song, however, it was based off real events and was a way to confront someone but not face to face Another song that I made named, Hush is different in terms of subject. When I wrote hush I was trying to write a story which brings back a more conscious mind of rap

MM: As a teenager what are the most challenging aspects of making music?

EM: Yes. Getting in the music industry is already hard in itself. Being a teen makes it harder.  Most teenagers that are making music all pursue it in different ways, however, they either aren’t taken seriously or don’t know how to promote themselves. I am trying to grow my audience so my music becomes more popular in the local scene. I also want to grow my platforms (getting on Bandcamp and creating an internet personality) I want to be taken seriously as a musician and I want to be able to balance music and school.

MM: A good way to get recognition is playing shows, do you plan on doing shows or attending festivals like YESfest?

MM: What do you think you can do for the teen music community?

EM: I hope to improve it as best I can, I know that I am just starting out but once I start to gain an audience and improve my music I want to help other teens see that getting into music isn’t hard with persistence and dedication. Maybe in the future, I could take up web designing and create a platform for growing teen musicians to share their music to the world

MM: Where do you see yourself in 10 years since you started so young?

EM: If I am still doing music in ten years I see myself with a larger audience, an album and also collaborate with other local/up-and-coming artists who are seeking the same goals. I also know that I will get better at it and that in 10 years my music will probably be far more professional sounding than ever.

MM: Do you have confidence in the future of teen musicians? Why or why not?

EM: Yes I do, it is far easier to get yourself out there with social media these days. I am sure there are many teens around the world who are successful in music. It seems as time goes on there are more and more people that gain recognition at a younger age so I know that in the next few years many artists will shine to light and that a great deal of them will be on the younger side.