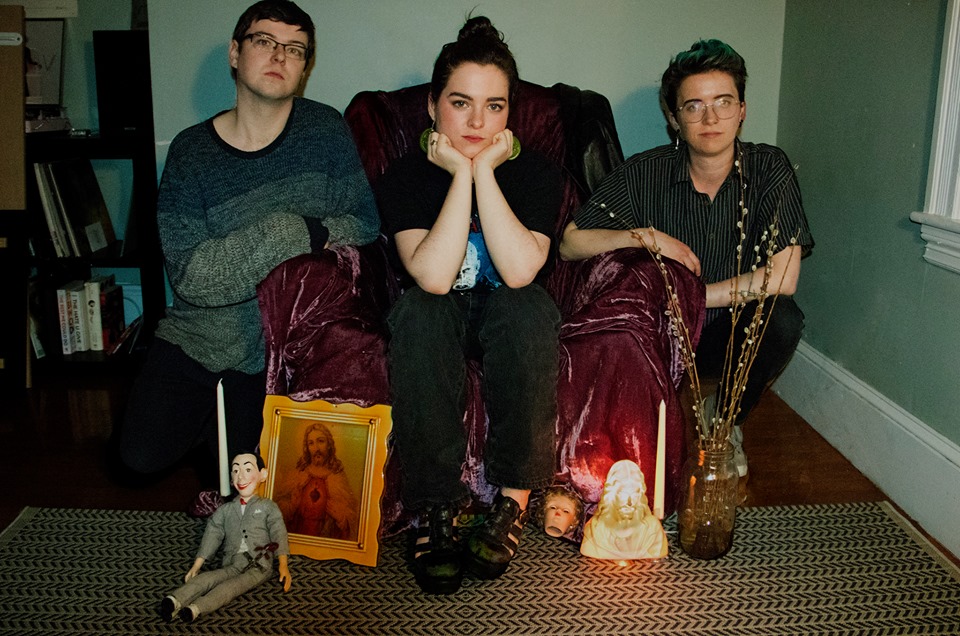 As a South Shore native, Catherine Conley is hardly new to the scene. Hell, she’s even been kicking around Boston playing under the name Little Musket for nearly five years now. But the twinkling acoustic fingerpicked lines of Conley’s early releases prove nearly indistinguishable from her full-band debut, Fever Blister, which—for lack of better words—is a punk record.

The six-track album drips with nostalgia for the cusp of the millennium, a time when four chord songs and a healthy dose of distortion reigned supreme. But behind every work of art (reckless, freewheeling punk record or not) hides a mastermind with thought-out plans and a story to tell. And with Fever Blister, Conley showed she’s ready to share them.

Little Musket released Fever Blister this past July on Dadstache Records. Contrary to the album’s loud and fast energy, Conley’s musical origins are rooted in playing the harp. It wasn’t until she picked up the more manageably-sized autoharp that she started playing around with chords and writing music. Fast forward a bit and the electric guitar became and remains Conley’s instrument of choice. Take any track from Fever Blister and you can find a ripping guitar line.

Three years ago, when the ideas for Fever Blister started stirring, Conley hoped to just have some fun. She recruited Jess Schmid (of Ozlo fame) on lead guitar and Steve Moran on drums to round out her new sound. The first instinct was to capture angst-ridden years with a “Freaky Friday, School of Rock, Lindsay Lohan power pop mess,” according to Conley.

“It’s like when you were in third grade and listening to Green Day and being like, ‘I’m so mad my mom won’t let me watch YouTube!’ And then you’re 25 years old, still listening to Green Day, and you’re like ‘Wow, it’s the same and everything sucks still’,” laughs Conley. “We grew up, but we didn’t necessarily mature in some ways. I wanted Fever Blister to be reminiscent of that feeling.”

But soon the songwriting process went past just immortalizing a feeling in raucous, Dookie-esque tunes and became a therapy as Conley juggled a death of a family member and uncertainty surrounding her life post-grad.

“I was writing these songs as a way to pull apart a lot of different traumatic things that have happened in my life, and things that plague me about myself,” says Conley. “It was the most healthy, cathartic way I could have done that.”

Fever Blister reflects the duality of Conley’s inspirations one to one. Tracks like “Dolly Parton” encapsulate fast-paced, fun punk full-on and jokes about the country star’s glittery rhinestones and personality. (Parton is, by the way, a longtime idol of Conley’s. As a teen goth growing up in the suburbs, Conley connected with Parton’s shameless authenticity and penchant for the extreme.) Meanwhile, Fever Blister’s title track exudes a haunting darkness that acts as a reflective thesis for the album. It casts a shadow of self-doubt and existential inquiry, but wraps up Fever Blister neatly into a package of some melancholia, a bit of lighthearted fun, and plenty of cutting, stunning tunes.