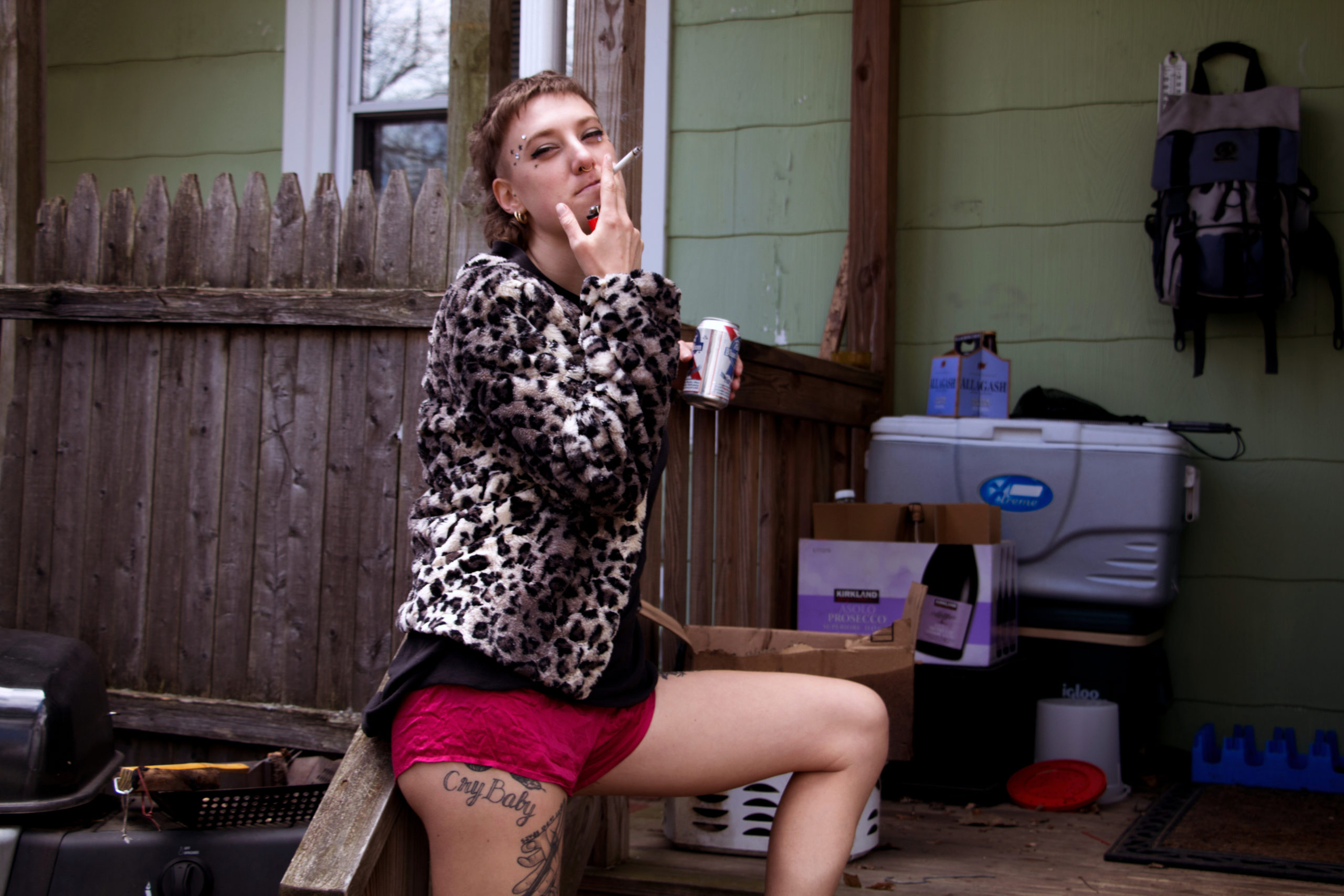 STREAM @ this link on 9/30:
https://www.youtube.com/watch?v=3BISVr827gY…
//////////////////////////////////////////////
This stream will raise money for the Trans Asylum Seekers Network!
https://givebutter.com/TASSNxSupport
//////////////////////////////////
https://soundcloud.com/user-441987692
Divine experimental electronics from W Mass. More than just exp. electronics actually, PUSSYVISION falls somewhere between that broad genre and the also broad genre of performance art. Incorporating spoken word, and soundmaking, and god only knows what else into their aural concoction. This is exciting and visceral music that in previous years we in these parts may have more generally associated with the underground of Providence. Unleashed. Unyeilding. And full bumps in the night for grabbing onto, take me for a ride. –  Dan Shea

Dan Shea:
Any bright side to these ugly times that you can speak to?

PussyVision:
The moment we are in right now is devastating but there are definitely some important elements to it. I think the piece that is bringing me the most hope is the new clarity I see in the public opinion on the violent level of racism, and specifically anti-blackness built into the fabric of the US justice system and everyday life. This violence has been happening since the jump and up until recently almost everyone in power (media, government, white people in general) have acted like nothing is happening. So while this is obviously still happening, the fact that some people in power have shifted to focusing on racist actions and policies is monumental and I hope it continues to build.

DS:
Musically/ artistically who are some of your influences?? Also, I think you mentioned this is your first live stream, what’s gonna happen?!

PV:
Most of my influences come from movies to be honest. I am interested in creating emotionally charged scenes in my performances and I get a lot of inspiration from watching ways that actors and directors control tension, volume and speed to create an energy that you see in the scene and also experience as a viewer. It feels devotional and I’m interested in bringing that into my performances. My biggest influences I would say on this front are Gena Rowlands from Cassevetes’ A Woman Under the Influence and Isabella Adjani from Andrzej Zulawski’s Possession.

And yes! This is my first music live stream! And It is most definitely going to get very weird! I’m asking viewers to tune in to as many devices as possible. The show will be streaming from Zoom to the Boston Hassle youtube channel as well as on my P.U.S.S.Y.V.I.S.I.O.N instagram page and both of these live streams will be shot from different cameras. The performance is designed to be watched from both of those live streams simultaneously and I will be interacting with the different cameras. But honestly the more laptops and cell phones you have open and tuned in the better. WE GUNNA GET FREAKYYY!

DS:
Your stream is a benefit for Trans Asylum Seekers Network, what can you tell us about this org?

PV:
OMG I can’t say enough about the Trans Asylum Seekers Network! This is a grassroots group started in Western ma (although now there are branches in two other places) that fights to get Trans Women out of ICE detention facilities and supports the women by finding housing, jobs and community once out. These women are largely fleeing Central America because of (US Sanctioned) state violence and life threatening Transphobia. When they get to the states, ICE imprisons them in men’s detention centers and it just adds more trauma onto everything. The group is run by a bunch of queer raddies, I’m a monthly donor to the group and i’d encourage everyone who can to do the same!

DS:
Are you from out in western Mass originally? Either way, what’s the mood in the valley and beyond, what’s in the air out there if you’re able to tell in whatever way? I haven’t been able to check in personally in some time as you might imagine… PV:
I’m from North Shore, Mass but have lived out in western ma for over 10 years! Its wavy as it can be out here in the horrifying moment.

DS:
Pandemic predictions, and beyond?

PV:
I predict we have seen the least of our collective worries yet unfortunately. my hope is that the people’s understanding of collective, community care deepens and folks are able to make sure our neighbors have their needs met! 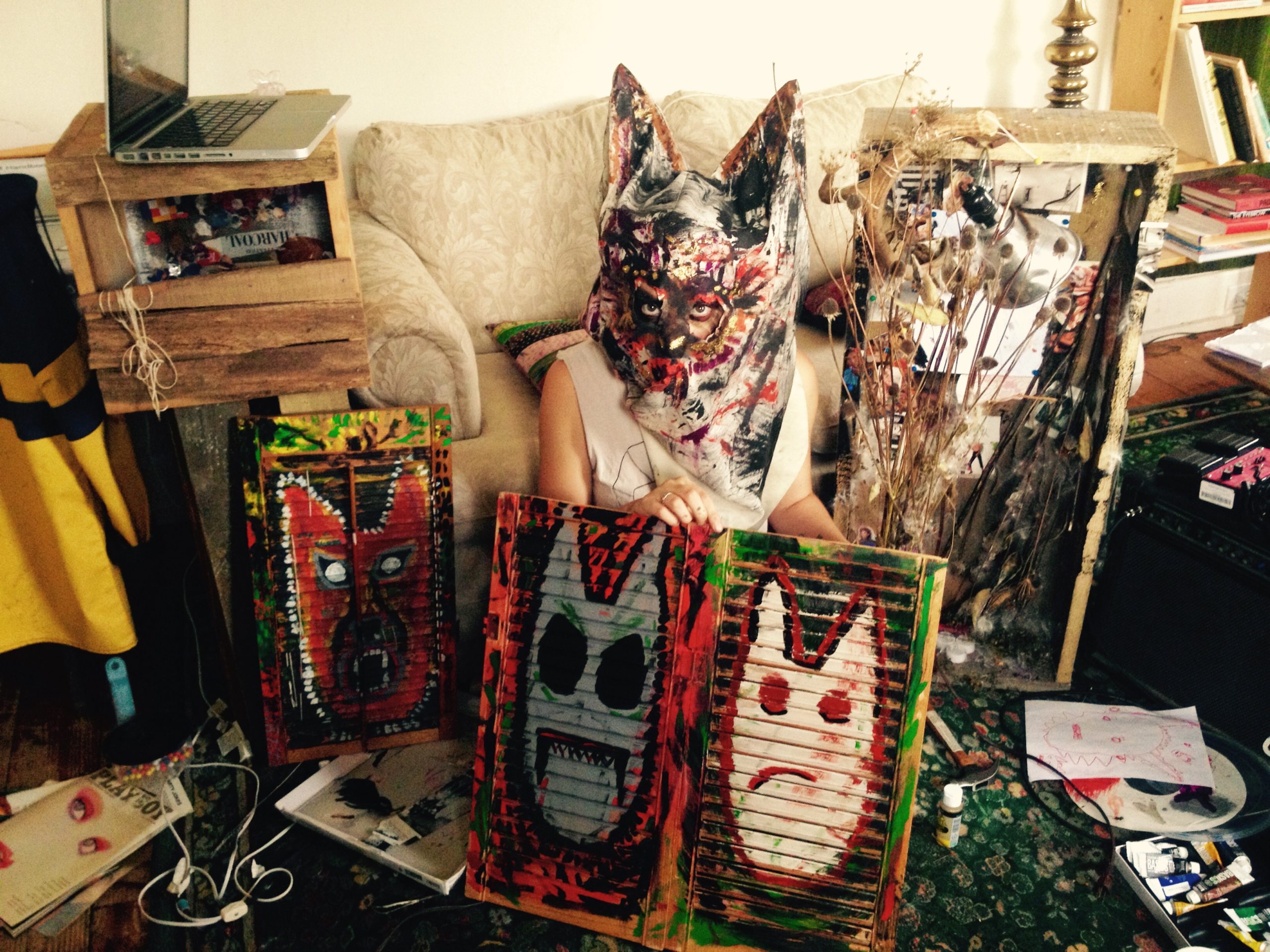