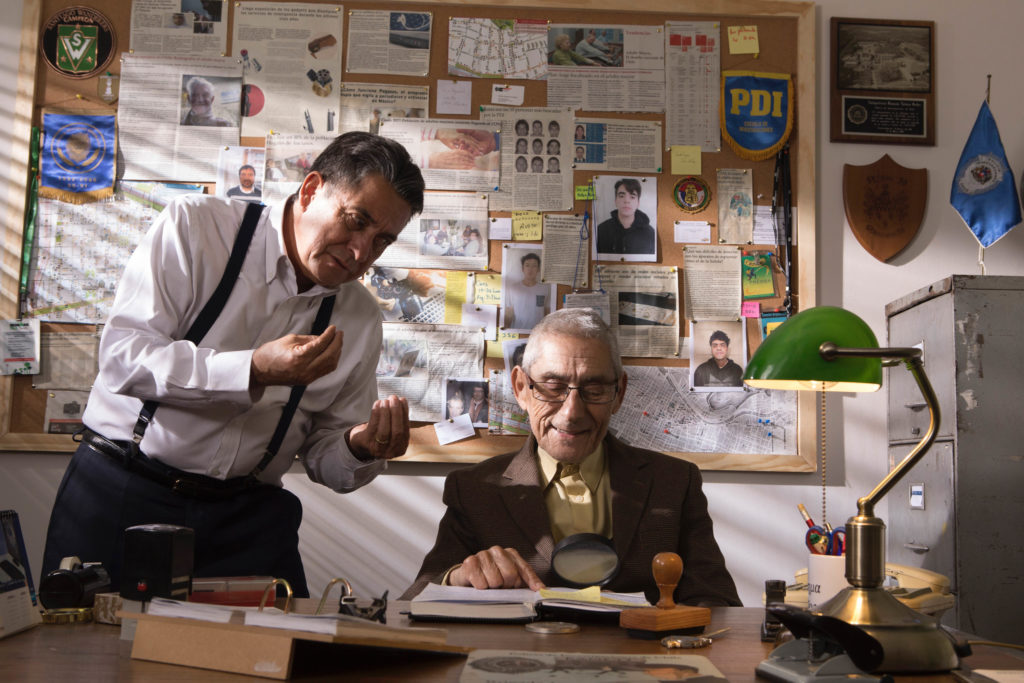 A still from The Mole Agent by Maite Alberdi, an official selection of the World Cinema Documentary Competition at the 2020 Sundance Film Festival. Courtesy of Sundance Institute | photo by Alvaro Reyes.

An ad is put in a paper looking for an elderly man for a job. Thirty applicants apply, but only one stands out, an 83-year-old man named Sergio Chamy.

Private investigator Romulo Aitken hires Sergio, a recent widower, to be a mole agent for a top secret mission. He must infiltrate the San Francisco retirement home, posing as a resident for three months, to keep tabs on the client’s mother, Sonia, for signs of neglect and abuse

Sergio quickly makes friends with the residents of San Francisco, which occasionally sidetracks him from his mission, much to Romulo’s dismay. He does eventually track down Sonia, sometimes going as far as to visit her in her room, brazenly asking her how the staff treats her. But he finds no signs of neglect or abuse, just an unfriendly woman who keeps to herself. The biggest culprit of neglect in the retirement home is far more surprising.

The residents become the focus of the film, as Sergio gets to know each one of them. They tell him that as long as they can cross the street and go to the bank alone, or write poetry, or bask in the sun, they still have their dignity. Those who are losing their autonomy feel acute sorrow, which is accentuated by the absence of visitors. Sergio’s friends don’t want to burden their children who visit every few months — or not at all — but they can’t help but feel abandoned and neglected.

As much as it’s a story about aging, it’s also a celebration of life. Sergio, who has become a crowd favorite, gets crowned king of the retirement home during an anniversary party. One spirited señorita even proposes to him, which he gently turns down.

The Mole Agent struck a deep chord in me, as my grandfather passed away recently. As I looked around at the Sundance audience, I found that others were feeling similar emotions, as they wiped away tears, only to laugh moments later. If you have elderly family members, you’ll want to call them as soon as the film ends.

Before Sergio arrived, director Maite Alberdi’s camera crew began filming in the retirement home under the capturing everyday life at the home, so it wasn’t suspicious when they followed Sergio around, but the staff and residents weren’t aware of the true reason behind filming. Given the subject matter, this documentary could have never been filmed in the United States without the explicit permission of the residents, but Alberdi is known for her light touch with delicate topics, particularly with her documentary Grown-Ups, which is about adults with Down syndrome.

Alberdi’s cast and crew pulled off an impressive feat by piecing together hundreds of hours of footage to create this tender masterpiece.The end result is something worth celebrating.