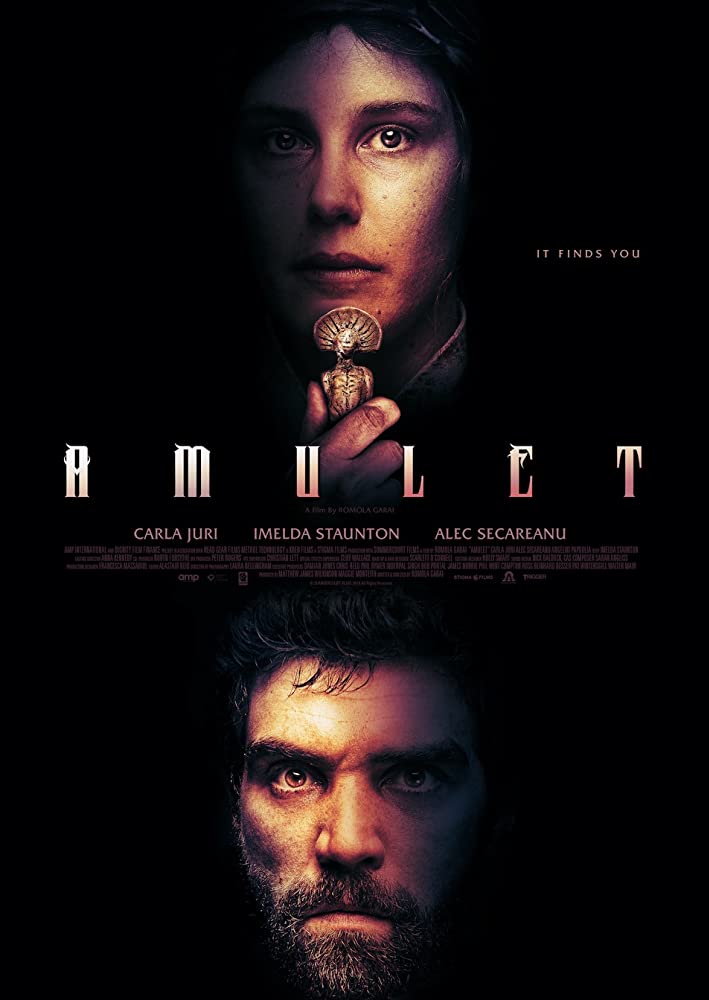 Amulet, which debuted at the 2020 Sundance Film Festival in the Midnight category, begs the question of forgiveness: who is worthy of it, and who can grant it? Forgiveness isn’t the main focus, though, as there’s also a dash of revenge for good measure. The film isn’t lacking in blood or gore, but its true horror lies in the way the characters are repeatedly forced to deal with trauma.

The movie opens with a solitary soldier named Tomaz (Alec Secăreanu) standing guard in the woods. He seems to enjoy his isolation — one wonders why he’s alone there in the first place — but it’s soon over when he spots a distressed woman named Miriam (Angeliki Papoulia) running toward his checkpoint.

Miriam begs for help as she tries to escape to the border. Tomaz takes her in and offers her protection. He even gives her an ancient shell-like amulet he found in the woods as a token of friendship.

The movie then jumps forward in the timeline: Tomaz is now a refugee in England, haunted by his war experience and suffering from PTSD. After an accident forces him out of his shelter and onto the street, he is found by a sympathetic nun (Imelda Staunton) who introduces him to Magda (Carla Juri). He moves into Magda’s house as a handyman to assist her while she takes care of her dying mother who lives in the attic.

At first, the pair circle one another like suspicious animals. Magda can tell that Tomaz is a tortured soul; all he tells her about his past is that someone he helped once got hurt. Magda is equally reticent to share her story with Tomaz. She unsuccessfully tries to hide the bite marks and bruises she sustains from visits to her mother. They each desperately need companionship, but their traumas prevent them from truly connecting.

Their relationship eventually evolves to one of necessity. Magda feeds the hungry Tomaz — offering him the forgiveness he’s been denying himself — and Tomaz repairs the broken things that Magda has allowed to build up around her. Despite their growing closeness, however, it’s clear they’re both still hiding something.

After he finds a demonic-looking bat in the toilet — and catches a glimpse of Magda’s mother up-close — Tomaz slowly comes to the horrifying realization that there might be a much more sinister reason for his stay at the house. 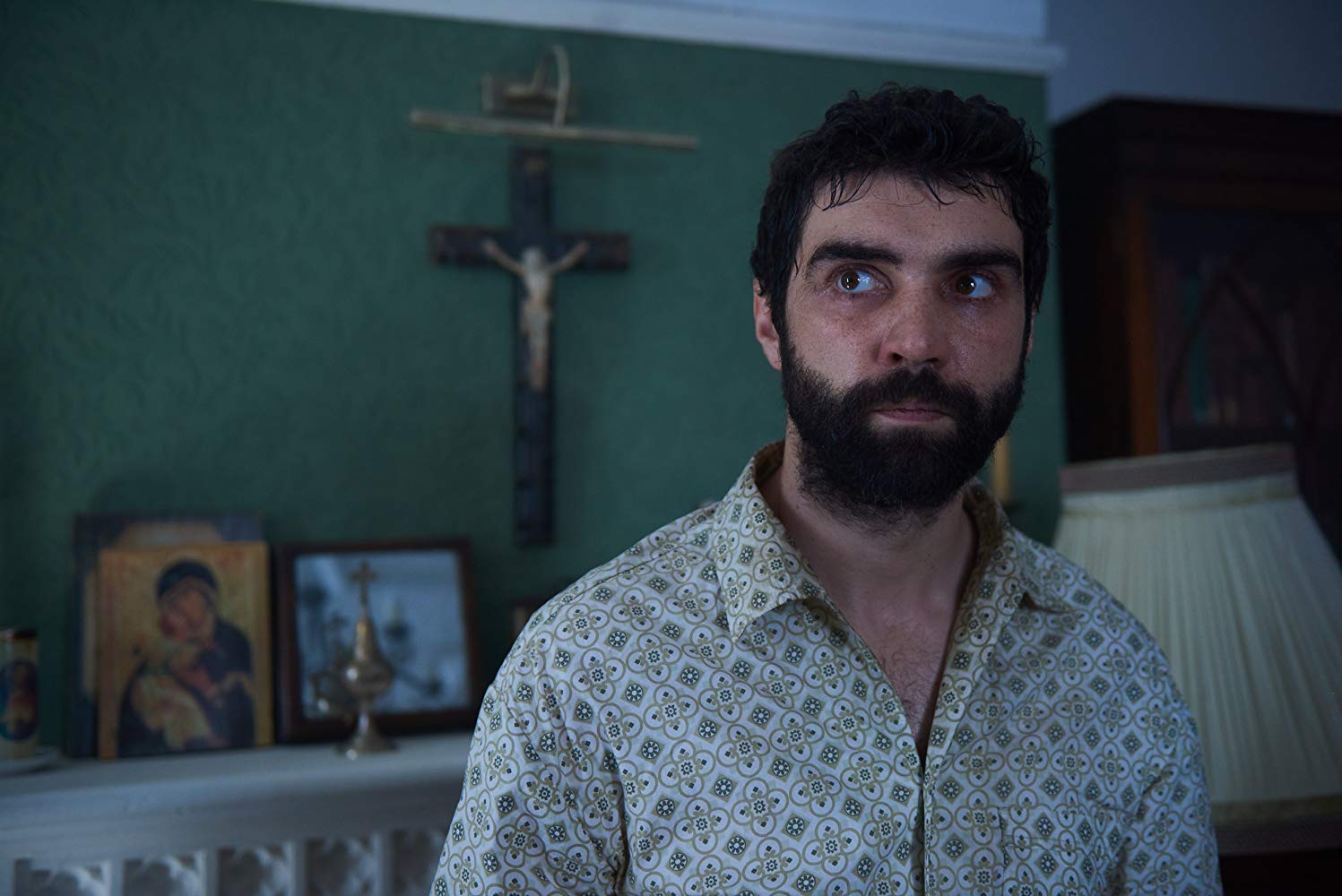 The horror in Amulet extends beyond situational. It also lives in how the characters deal with their trauma, and the difference between how the male character and the female character handle their emotions is the crux of the film.

Juri and Secăreanu’s acting anchor the film. Secăreanu, best-known for his role as Gheorghe in God’s Own Country, once again showcases his emotional range with Tomaz’s character. Juri is perfect as the conniving caretaker Magda, and Staunton brings a playful evil to her character.

The Gothic imagery, combined with a haunting score, will linger with you long after the film is over.

Click here for an interview with the cast and crew!