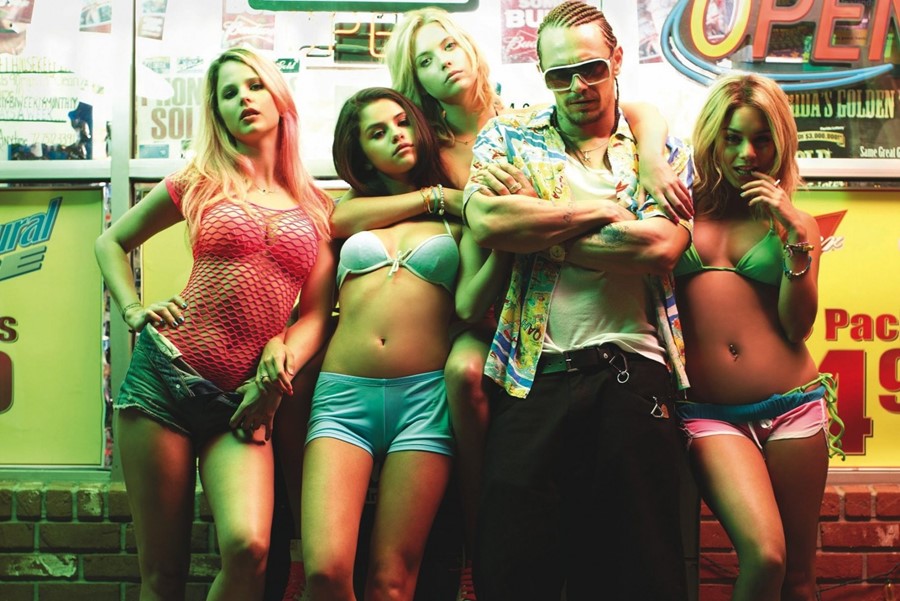 Harmony Korine is a legend in underground cinema, from his involvement in the Dogme 95 movement to his explorations into the dark underbelly of America, as in his classic directorial debut film, Gummo, and his best writing credit to date, Kids. Korine has always pushed the envelope of what you can show on screen, subject and character wise. So imagine being a fan of his back in 2012, and seeing him release a film featuring a bunch of child stars playing promiscuous gangsters, and old school heart throb James Franco playing a psychopath.

Spring Breakers starts with four college aged girls (Selena Gomez, Vanessa Hudgens, Ashley Benson, Rachel Korine) who decide to rob a restaurant to fund their obsessive party habits and the dream spring break trip they strive for. Their luck runs out, though, and they end up getting arrested, only to be bailed out by an egocentric gangster named Alien (a super out-there performance by James Franco). As they begin to work for Alien, they start to notice the true danger of hanging around a dangerous individual like him. In fear, the girls must take things into their own hands. 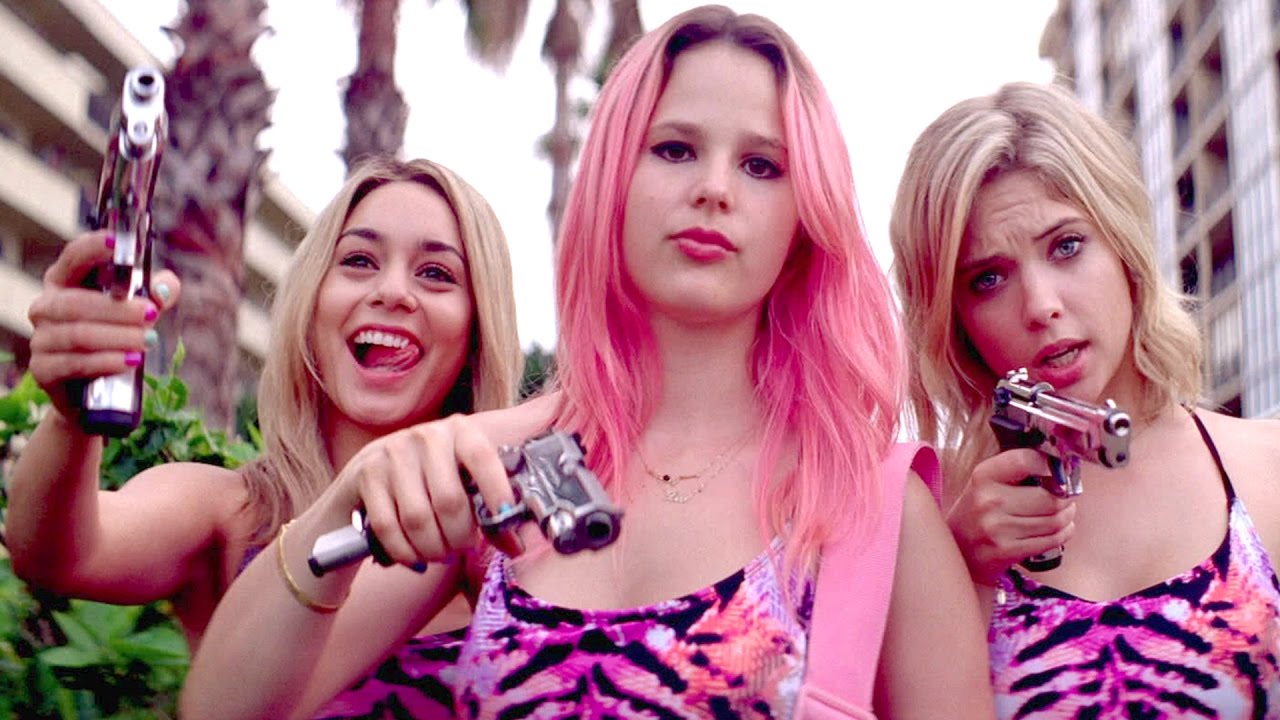 A new studio at the time, current indie-Goliath A24 took a bold stance to push this film as hard as they did, making this their biggest film at the time, and what a weird bigger-than-indie-budget film to gamble on: to take teen icons and smother them in the trash that Korine is known for, dealing with the subject of being bored in America and the lengths one will go to have a good time. It’s a selfish premise for the characters, but ends up as a point of endearment– but remember, you’re not supposed to root for these protagonists! That’s what makes Korine so unique as a storyteller: he fills his stories to the brim with the most despicable characters, and you’ll still almost grow an attachment to them.

It might not be my favorite Korine film, but Spring Breakers is easily the best-made movie in his filmography, and a great introduction to underground cult hits. Sure, in its purest form, Spring Breakers IS trash cinema, but it carries enough high production value and stars to trick a casual audience into taking a bad trip into the mind of Korine. In a way, Spring Breakers made A24 the studio they are today, and without this movie I highly doubt they would be as big as they are. Spring Breakers is one of the most important films in the growing catalogue of 2010s indie hits.