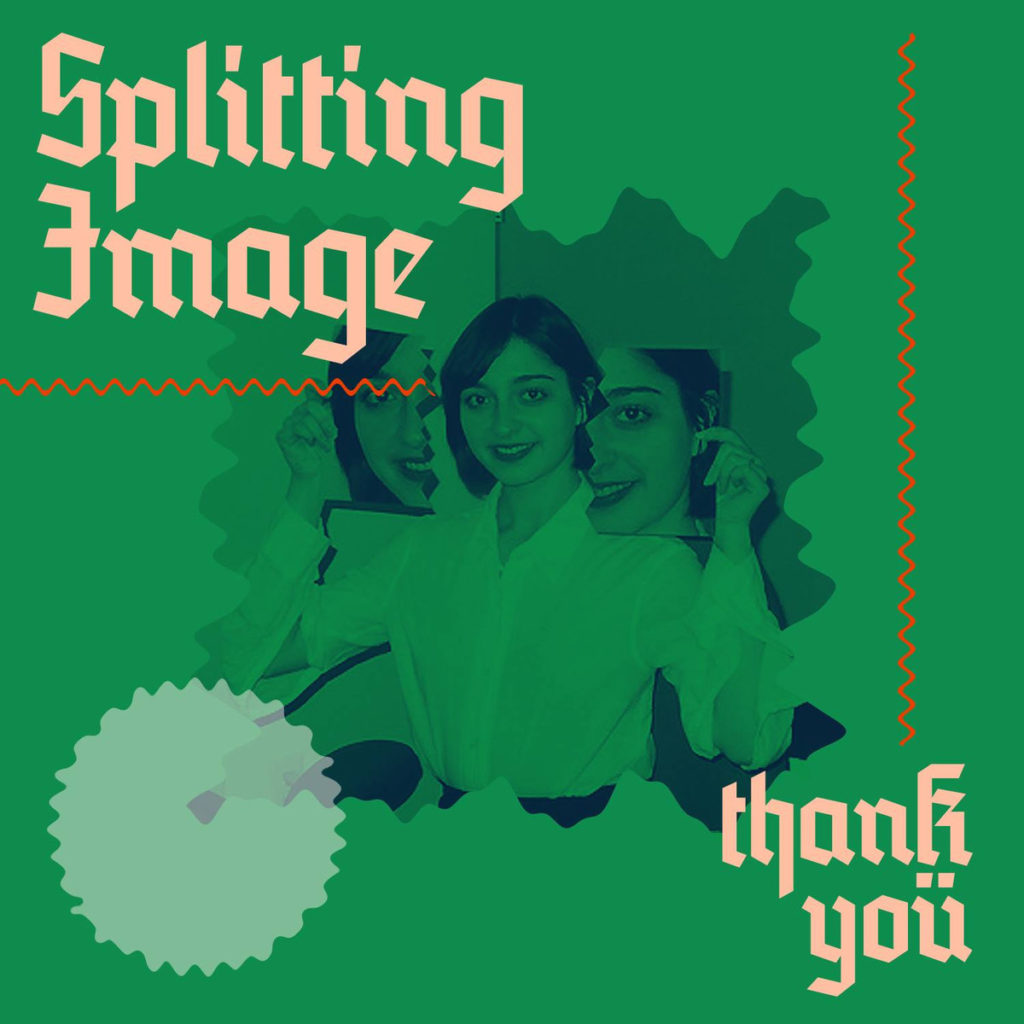 For too long “angular” has been a word used by genre-prescriptivists to describe their favorite math rock albums, but Boston’s own post-genre band Splitting Image have come to take it back. Angular is the right word for Splitting Image’s latest release, Thank You, an album that sounds how playing tetris feels. Each instrument fits together, creating a vibrant soundscape, coherent, but not rigid. Powerful bass lines rip through your head. The bass’s clean tones lay the groundwork for the near constant onslaught of  warring guitar riffs, pieces fitting together. The vocals almost fade into the arrangement. They move and dance between the chords, elegant vocal maneuvers fitting seamlessly among the strings until they are unleashed; Lira’s voice-turned-howl, a defiance against love unfulfilled, whether for herself or others.

The tight drum lines are omnipresent on this album. Solid beats power the songs forward while keeping them clean, encapsulating the albums sound and tightening it. These drums give each song a frame, the energetic chaos constrained until it has meaning.

Thank You is concise, four songs clocking in at just under ten minutes, but makes every minute count. Like placing the perfect piece in tetris, this Boston post-punk album gives the adrenaline rush you need to get through the day. The sheer energy in each song is enough to engage listeners before they fully grasp the complexity of the instrumentation. This release is a brief taste of what this outfit can do, and left me wanting more.

Splitting Image will be playing with Operator Music Band and Lisel over at The Lilypad on July 26th.

Liked it? Take a second to support Ev Bauer on Patreon!