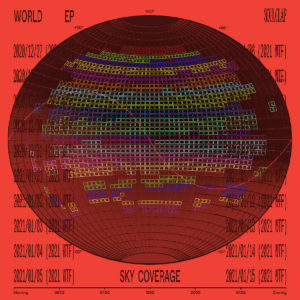 Boston electronic duo Soul Clap’s January effort, World EP, boogied into the new year– perhaps with the sole intent of burning off last year’s remaining negativity. Short but sweet and filled with club-ready tracks, World EP brings wonderfully composed dance numbers and catchy vocal performances that linger long after listening. Nothing short of house mastery, this release has something anyone can dig– whether you’re a crate digger or casual listener.

The World EP compiles four cohesive yet musically diverse tracks that could find a home almost anywhere in a house set. Ranging from the classically house “Back 2 Love” and “Enough is Enough” to the moody “Gardening,” Soul Clap covered all of their bases. Choosing the EP format was a notable and interesting approach considering the genre’s single-heavy market, however– that considered, this release acts on a conceptual level. There is a tone of freedom and nonviolence steeped within these songs. The leading track, “Back 2 Love” features Desmond “DSP” Powell’s strong and yet grazingly sensitive hooks, “too much hate going ‘round/love’s still down.” DSP’s performance harkens back to Frankie Knuckles, one of house music’s originators’ deep studio recorded hooks from tracks like “Let’s Stay Home” and “It’s a Cold World.” His presence on the track is not only a classic house move, but a meaningful one.

Mere seconds following the first track comes the voice of the legendary Nona Hendryx swathed a mist of synth pads and pensively riffing pianos  on “What If There Was No America.” Hendryx’s poem contemplates a world devoid of imperialism, colonialism, and hate. Hauntingly, she proposes, “what if we didn’t have a mouth, ears or eyes? What if we didn’t have words at all? The tongue can cut sharper than any blade. The eyes can cut deeper than any knife. A thought can be the beginning or the end of a life.” With the grace and guidance of Hendryx’s words, the listener sinks into deep water– further than one could ever expect to while getting down to a house record.

Soul Clap achieves a sense of balance after “What If There Was No America” with “Enough is Enough,” the embodiment of a song that keeps people in the club. Bubbly synths and shuffling disco-y woodblocks give way to a wash of complex pianos that echo the tenderness of the previous songs. “Gardening” features Life on Planets rapping over a markedly more lofi sounding track compared to the rest. The title perhaps alludes to a cycle of sorts. The World EP feels natural in that respect. Soul Clap invites the listener into the proverbial dancehall to feel the ensuing wave of emotion. And isn’t that the point of deep house? To be implicated in togetherness.