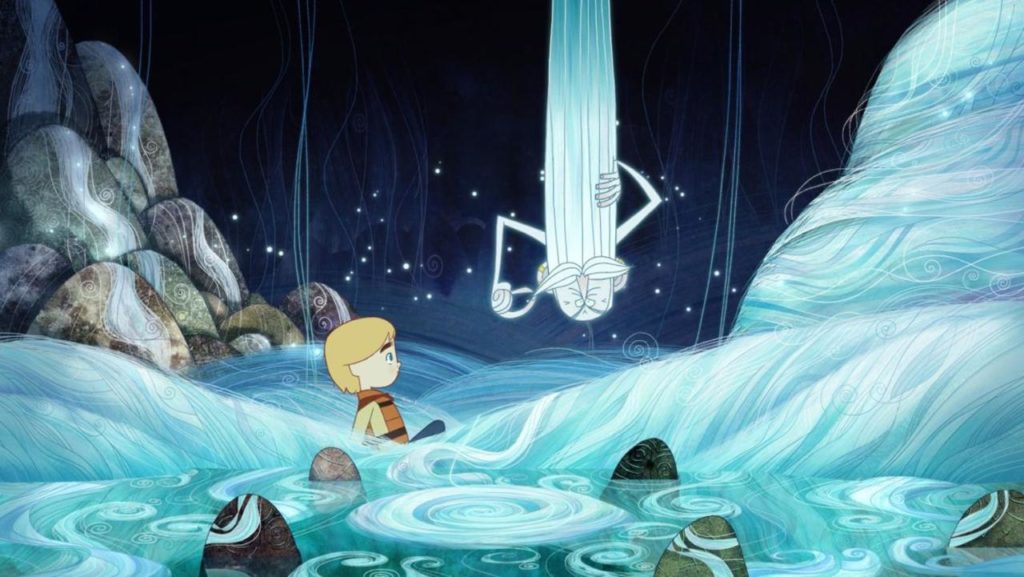 Song of the Sea is a gorgeously-animated fantasy film, perfect for all ages. With hand drawn animation, the film tells a timeless story that will stay in your mind long after viewing.

10-year-old Ben (voiced by David Rawle) lives with his father Conor (Brendan Gleeson) and his six-year-old sister Saoirse (Lucy O’Connell). Their mother Bronagh (Lisa Hannigan) is presumed to have died in childbirth while carrying Saoirse. Ben, consequently, blames his sister, and the two don’t get along. After Saoirse discovers a white sealskin coat in their father’s closet, she and Ben are swept up in a wild adventure that involves gods, grandmothers, and their dog, Cu.

This film was acclaimed at its release. A perfect family film, Song of the Sea has also been favorably compared to Hayao Miyazaki and his particular animation style. Gather around with everyone to watch this beautiful picture!

Screens Saturday, 12/28, at Brattle Theatre. 12:00 and 4:30 p.m.
Part of the ongoing series: Films for Kids of All Ages
Double Feature with Howl’s Moving Castle