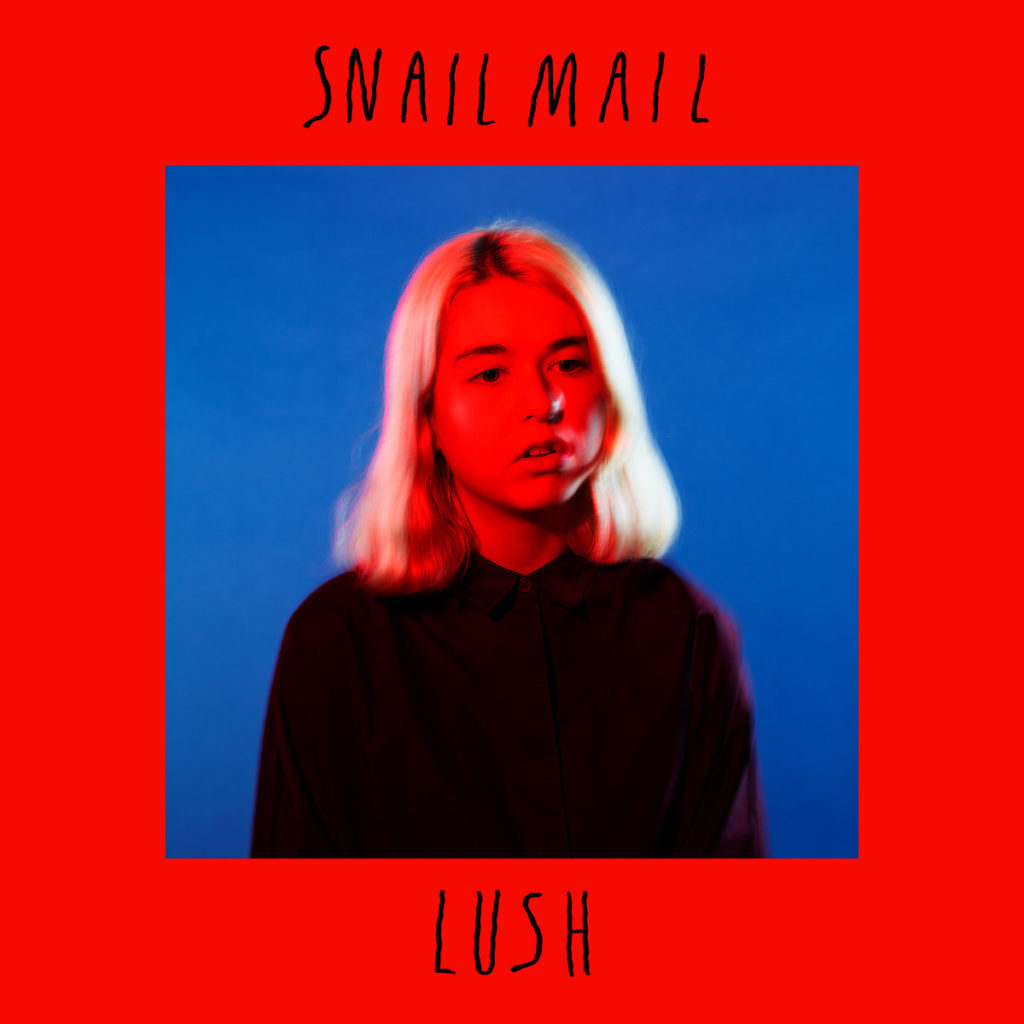 Lush, the first full length album from Lindsay Jordan’s pop-rock outfit, Snail Mail, displays a huge leap for the project. Everything from production quality and cohesion to songwriting and musicianship have dramatically improved since 2016’s EP, Habit. The album floats seamlessly from song to song, weaving a distinctively smooth texture that defines Snail Mail’s genre and place in the indie music scene. The consistent, atmospheric tone of the album allows the listener to drift in and out of attentiveness, whether acting as the catalyst for computer work, or for good conversation, through earbuds, or home speakers.

“Pristine”, the first single and first track (post-intro) on the album, rightfully garners that spot as one of the catchiest, upbeat songs on the album. Through the song’s verse, the guitar plays a single chord, allowing the bass to define the root. The vocal melody similarly centers on a single note, oscillating above and below, but nearly always returning to the original note to end each phrase. Both of the aforementioned give the song a droning, mantra-like quality that becomes common on the album. However, the chorus breaks from this quality, with a distinguished vocal melody and chord progression.

Jordan employs similar songwriting ideas throughout the entire album, repeatedly starting, ending, or centering each vocal phrase on one note, and allowing the same note to ring through each guitar chord like the resonant strings of a sitar. These motifs, coupled with near-identical guitar and bass tones, unify the entire album, at times to a fault. Many of the melodies fall flat, remaining trapped in a half-octave cage. By album’s end, the lines between songs are blurred, and many tracks drift by undistinguished from the rest.

Nevertheless, Jordan created a unique, cohesive sound on Lush, a feat that many artists struggle to attain for their entire careers, let alone on their first album. The warm tone of the majority of the album makes for more dramatic dynamics when they do occur, such as in the first three tracks on the album: an uplifting chorus and clean stop in “Pristine”, a moment of half-time in “Speaking Terms”, and a distorted guitar riff, impactful chorus, and short build in “Heat Wave”. While the entire album exemplifies the lush sound indicative of its title, no song does so more than the final track, “Anytime”, a reprise of the intro. The song is a beautiful solo-performance from Jordan whose own supporting vocal harmonies and accompanying string-like synths create a soothing, yet vaguely tragic ambiance. The song weighs selfish concerns and romanticism, a common thread throughout the album (“They don’t love you, do they?”,“Do you love me?”), with empathy and altruism (“I want better for you”), only to move on and “forgive (you) anytime”. If Lush and Jordan’s youth are any indication, we can expect a prolific and impactful musical career from Snail Mail.