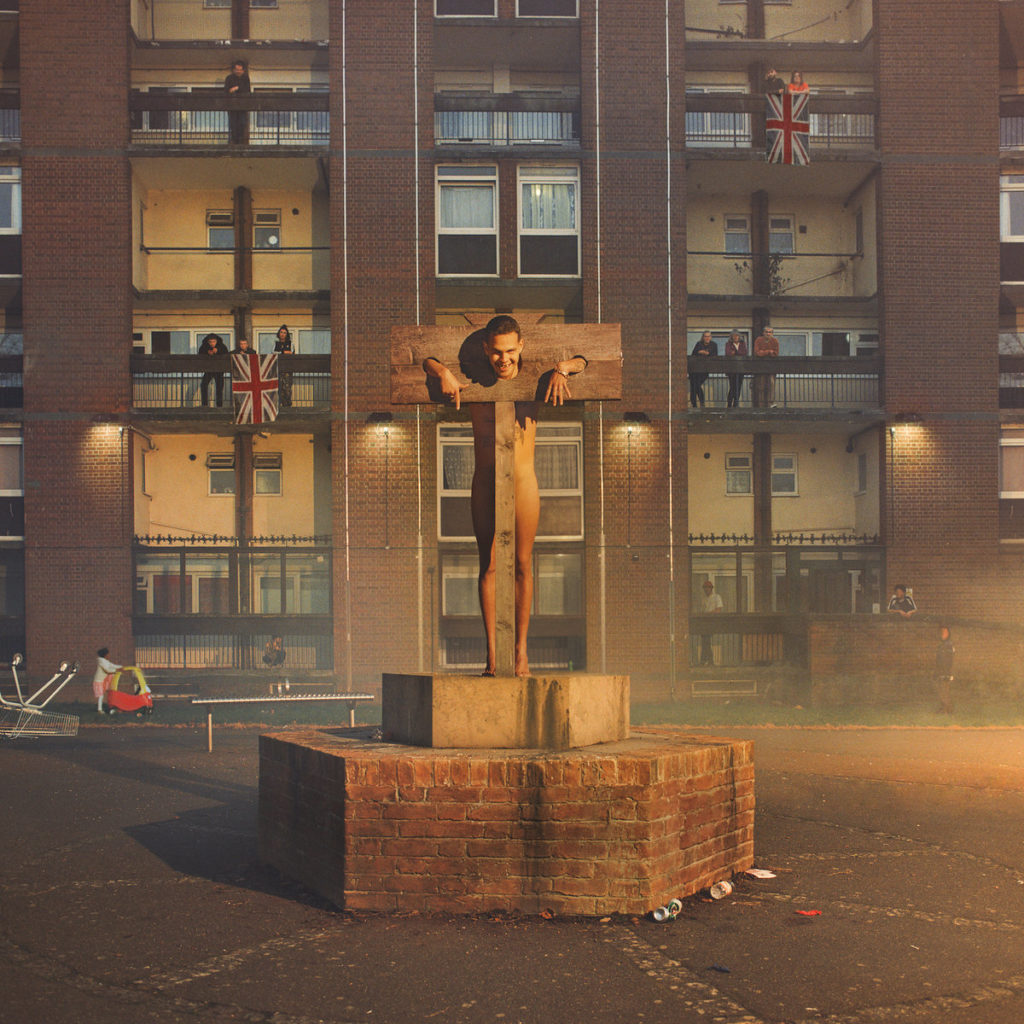 After a string of promising singles since 2017, Nothing Great About Britain is the bold debut from UK grime artist Slowthai. Everything about Slowthai — his attitude, his delivery, even his toothy grin — is provocative. But on his debut, he shows he isn’t just a provocateur, but a versatile and eccentric rapper who deserves to be at the forefront of UK hip hop.

Slowthai essentially throws his thesis at you in the title track in which he brings up confusion many people have about his racial background, mocks those those who doubted him, and of course, calls the queen… the c word. The song is a heavy handed but nonetheless tantalizing introduction. Slowthai goes on to expand on his upbringing and his borderline anarchic attitude throughout the album.

Nothing Great About Britain pushes boundaries instrumentally as well. It certainly has its roots firmly planted in UK grime, but expands on the genre’s typical electronic sound. “Doorman” stands out for it’s punk feel, and songs like “Toaster” are uncharacteristically moody and ornate for the genre.

However, what really steals the show on Nothing Great About Britain is Slowthai’s charismatic delivery. There are times he can be blisteringly passionate to the point where you can practically see him with spitting into the mic with an intense grimace. Even in some of the album’s darker moments he can be crude and tongue and cheek. On the bleak “Peace of Mind” Slowthai raps finding peace only while dreaming about another life, but still manages to fit in “Gotta thank mum for the 23 years she wiped my ass. Thanks mum!”

But when he’s not being ridiculously disrespectful to the monarchy or exposing his unglamorous upbringing, Slowthai can be tender and introspective. On “Toaster” he raps about pissing off his neighbors, being a “danger” to society, and rejecting authority, but manages to change his tone so that it sounds like he’s analyzing himself. In the most moving tracks on the album, “Northampton’s Child” Slowthai places his mom on a pedestal and repents for the trouble he caused her growing up. He combines his love for his mother and his lack of respect for authority in the beautiful line “My only queen, raised me up and kept me clean.”

The song “Ladies” is a tender moment as well. While the song doesn’t mention his mom specifically, you get the sense that it was inspired by the tremendous love and respect Slowthai has for what his mom did for him.

Slowthai takes a deep dive into his racial background on “Rainbow,” where he refuses to be stereotyped and poses the question “when the colors gone, what am i to you?” Instead of answering questions about his racial ambiguity, Slowthai asks why the questions are even relevant.

Grime A-Listers, Jaykae and Skepta both show up on the top of their game and despite being a relative newcomer, Slowthai easily holds his own. He might not have the mainstream appeal of a Skepta yet, but he’s certainly building his with his collaborations — not to mention his recent features on Flume’s Hi This is Flume and Tyler, the Creator’s IGOR.

Nothing Great About Britain is an absolutely stellar debut and a crystal clear introduction to Slowthai, what he stands for, and what he’s capable of.