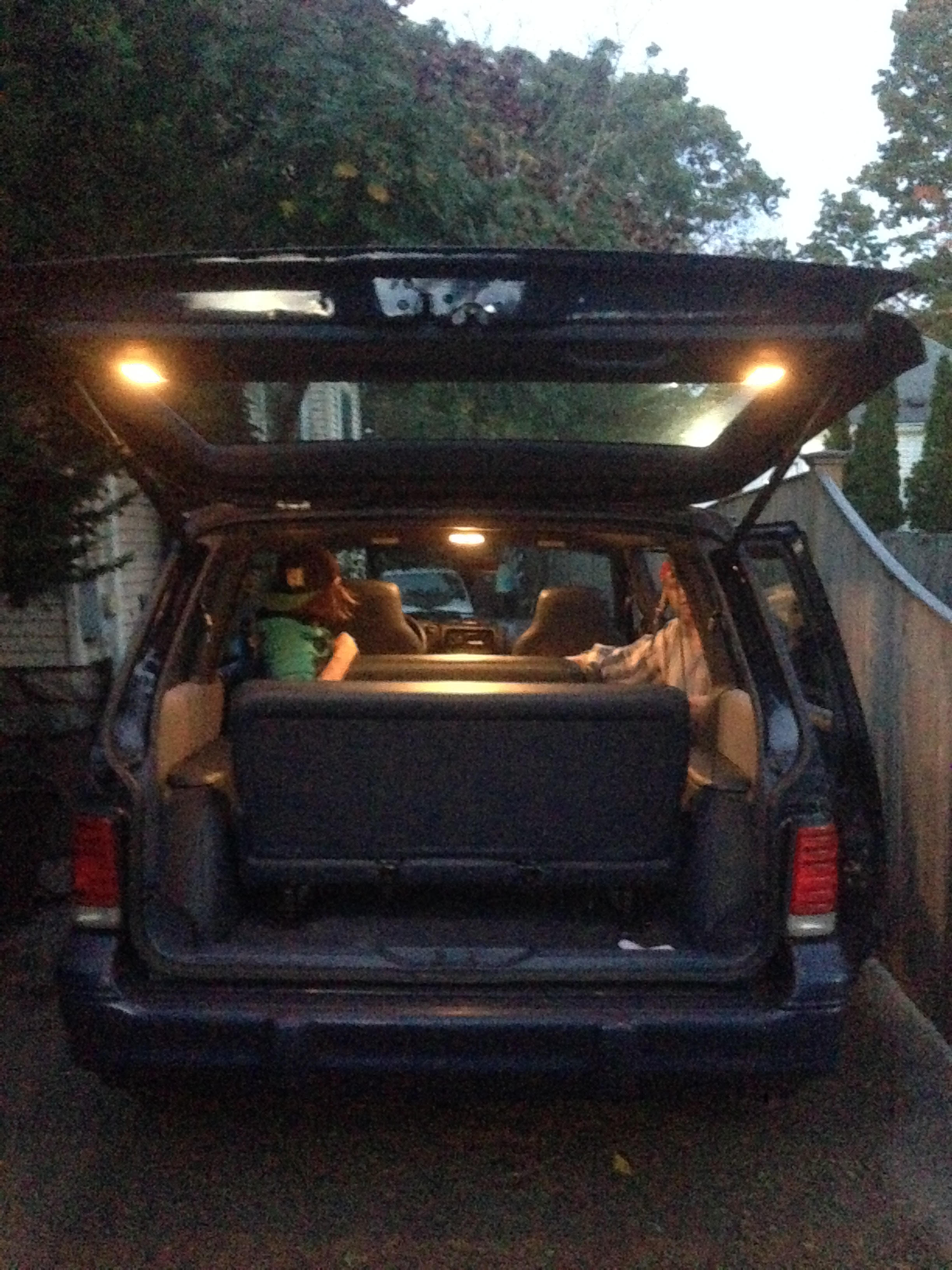 James Coarse (is not his real name) is an author and musician, among other thangs.

There are more roads in Ohio than I could drive in my life. I am assured in position by miles per hour, disposition, and Van Morrison who, on, at least, Saint Dominic’s Preview as well as Astral Weeks, pushes me to both know & long for purity in a wholely un-christian sense. We go stepping into Chinatown for what we heard they call “cold-tea” after one after two in Boston when somehow the bar is open but unserving & the liquor stores for two states or more are shuttered & I shudder. & if, say, it’s true you can get rum in your green or whiskey or whatever then maybe it’s still a block away, that way, that way. These some roads are not measured in miles but lighted blocks. Many roads measured by hours, Citgos & Cumby’s incld.. And in Ohio, measured in miles, yes, & contacts (Cleveland? Or right outside, a suburb called too late because your directions, Uncle Blake, brought me here to this left untakeable, no traffic just cones – flashing something says NO LEFT TURN, BRIDGE OUT BRIDGE OUT says something flashing.). Bit farther then down the line wonder not just how many roads I can drive (miles, hours, expected life expectancy) but what roads ought I drive? Oooooo MA-23 I tell him, sure of that last hill, & of Blandford & of such curves when she may reach across what I dream nightly would’ve been born a bench to hold a knee in thrilled expression in joy with grins with bottles pinned or pined or otherwise switching tapes like up-next. My mother & Janet Planet getting hip to….mmm uh something lemme find my notes here & one more finger stirred vodka martini) Stan Getz & ghosts, of course US-83 he tells me I say “the longest road in Texas” must be worth more than just a smile & nod because YOU that’s a sure big state if I’ve ever been driving, drunk like sleep-deprived they say, from New Orleans to Austin or Alpine with a car sleeping on more than you left behind my sweetheart tells me. In fact one of the longer roads in America; the longest road in American, US-20 from Boston to the Pacific twisted. But! US-83 from Canada (somewhere, knowing lines well, with the exception of the great lakes which could bring us to…2? Hmmm check my notes….yes! Two – US-2 the only E-W Prime numbered highway, being the only Even Prime & thrillingly & originally oriented as two roads one number & reaching. 2,571 miles of 1926 vision from Atlantic to Pacific with no pretensions of Great Lakes bridging & far too north for Interstate subjugation. US-2 not to be confused with MA-2 which runs from where we scoop in Boston area I-95 from my house, Mass Ave from yours, out to Orange if we’re going to Amherst together maybe a pitcher at the VFW (or three or four, how many of us are driving?) or past when it starts to curve like the river along side, to I-91 or Bennington up & over & happy birthday I missed you I loved you I thought about kissing you I thought about crying I wanna thank you.) to Mexico or at least Texas’ most southern point, but Kansas! Thought about Texas roads seeing Kansas, seeing US-53 and US-56, thinking of Laredo but still Harlingen, cousins, second cousins, lovers of my other brother’s ex sweetheart, my sweetheart sometimes texts me & even once no twice she called me I was asleep in Newton runs MA-30, runs MA-16, I-90 which can get you to Seattle – tolls mostly in MA & NY but a few more, likely thru Chicago – and Brownsville (wanna talk Ween but i still gotta learn) which ends U.S. & US-83, coasted & still postal (had to put a rhyme in for you). US-83 curves like Texas. Like looking for love or dick. Like Joe. Unlike how I listen to Tupelo Honey by Van Morrison on this computer even tho I have the record – come by, bring a bedroll & a bottle or a smile & a hand to take this bag of tops (shirt, bra, necklace) back to the Brookline Trader Joe’s, take Beacon Street easily or a ride up to MA-9 for a 99c nip if it’s before 11:00pm, Sundays & holidays included, to Harvard Ave & then to Western Ave (Sunday not included, but worth a try) to the Bus Stop for a game or sip. The best road I rode & never drove was in Arizona or Colorado or New Mexico, tho I don’t think we made it into New Mexico after the Loon or Rat scooped in Los Angeleas after David left after So Chill’s hair got knotted after Alice met me on a road I’ll never know again at a Denny’s to give me her key & I went & stayed with the door open for hours & strawberries & rum for hours & bread somewhere for eyes & the movement of the soil & the setting of the sun, I may have been asleep on those gentle rises at sixty five miles per hour (65mph) or faster (>65mph) or cleaner as the sun just sets towards or from Las Vegas or where the motorcycles climb even higher than the snow.