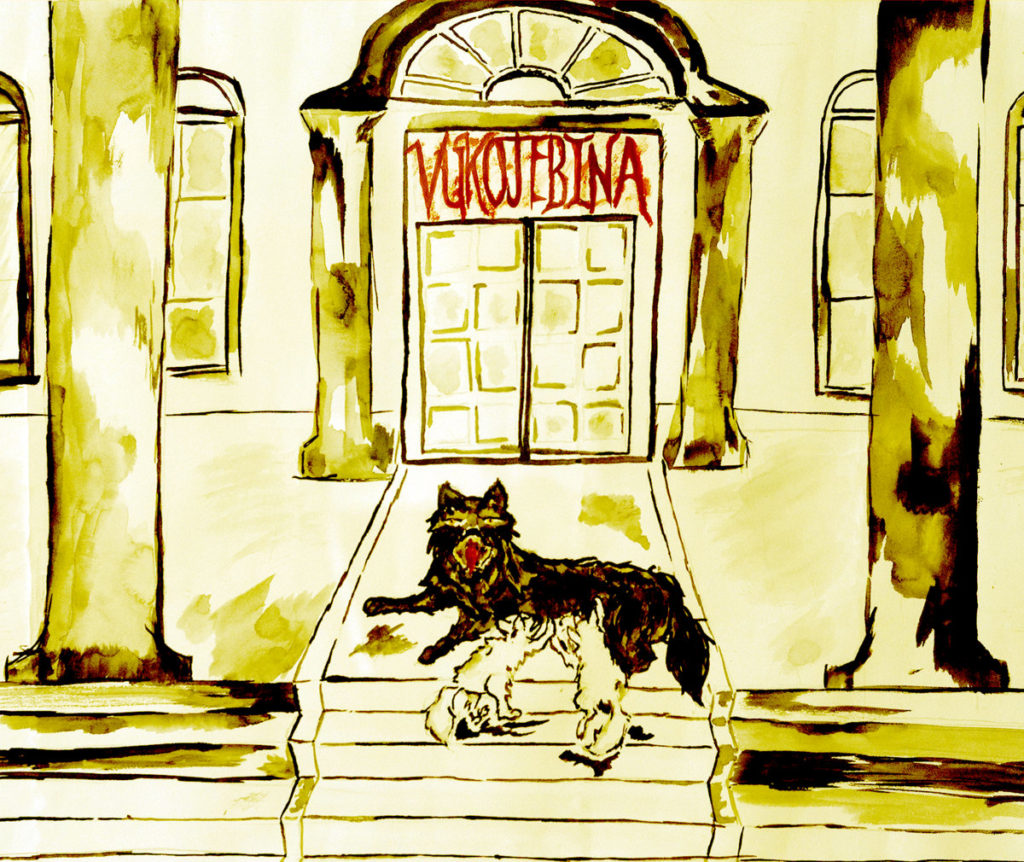 Allston rock squad SERVICE present their fourth off-kilter offering Vukojebina out TONIGHT 3/15. Coming up on three years since they dropped their first bread crumb, anyone paying attention to interesting local rock will surely be hungry to taste this latest release, put out in true DIY fashion with no label and letting the hassle throw the show in an Allston bike shop.

Like their previous recordings VUKOJEBINA is a lot to handle in just three tracks. Overall I would say their mostly full-throttle mathematically-sounding prog rock is best when suddenly punctuated by impossibly sick riffs of varying rockness, groovy as fuck breakdowns and soaring, hynpotic sections of psychedelic (and also mathy) bliss.

Vukojebina jumps off with “SKY FIGHT II” wasting no time to showcase the awesome interplay of Matt, Jon and Luka’s guitar agility and doesn’t let up until it ends abruptly. You’re only time to catch your breath at all during this jam is on the chorus and you got Luka screaming emphatically in your face about not answering the phone so good luck with that. Next up is “NORMAN” which is basically an instrumental how-to-do-prog-rock-correctly suite, gradually ushering you from dark, ruminating coil into full fledged sprint toward psyched-out riff rock. Revered drum god/freak Rainy rolls us into the next bit and continues to stand out through the end of the song which contains my favorite hook of the whole EP (which is saying a lot). “LIGHT SLEEPER” required more listens to pin down but from the background textures to the actually-pretty guitar arpeggiations; ultimately it gives me the feelin that this band really knows itself at this point and yet has plenty left to explore in their noisy, experimental rock practice. We need more of that around here I’ll tell you right now. Vukojebina was recorded at Sum Studios in Malden by Jim Connolly and mixed at The Record Co. in Dorchester also by Jim Connolly. Mastered by Mark Fede

On the whole this is their tightest and best sounding record yet which is the way it should be, right!? Been fun following this band, seeing them live and checkin out their records the past few years, I suggest you join me. GTTG! CLICK HERE FOR GIG INFO!