There is nothing more important in a cinephile’s life than discovering that one director who gets them passionate about film. The one director on whose films you binge for a solid month, making sure you watch everything he or she has done, and keep up with news on their next projects. For me, that director is the perfect-track-record hero of my 14-year-old cinephile life, David Fincher. In my honest opinion, he has not made a bad movie (yes, Alien 3 isn’t a bad movie, just an incomplete piece of “meh”). The joy of going through his filmography when Benjamin Button came out, all the way down, and discovering classics along the way. Two of these films, though, stand up as some of the best thrillers/crime stories of all time. One is the well-directed, well-acted, and genuinely incredibly written detective story of Se7en, the other being the insanely underrated suspense-filled cat-and-mouse thriller The Game. While the former is heralded as a cinematic masterpiece, which it is, the latter is never even talked about. In reality, these two films both come from the same strand of Fincher’s creativity, and should be seen as two pieces to his crime drama puzzle that he would later work on again with films like Zodiac and Gone Girl. To fully grasp the concept that these are both sister films, you’ll need to watch them back to back. Luckily, the always cool Coolidge Corner Theatre is showing these two films in the span of two nights, starting with Se7en on Friday, April 21st.

Starring Brad Pitt as the newly promoted detective Mills and Morgan Freeman as the near-retiree Somerset, Se7en follows their spiral into insanity as they piece together the puzzle of the serial killer known as John Doe (Kevin Spacey). Utilizing each killing to show off his twisted views on the seven deadly sins, John Doe goes to the furthest and, in every sense of the world, disgusting lengths to prove his own disgust for the world. As Mills gets deeply emotional about this case, Somerset takes a step back to research and understand what they are dealing with, as they work together to catch this killer in a tricky game of cat and mouse. Se7en is a crime masterpiece through and through, and, in a very unpopular opinion, trumps Fight Club as David Fincher’s best film. From the twists it takes to the destination these twists arrive at, no one could have guessed how this film would turn out in the end. Add on an absolutely heartbreaking yet satisfying as hell ending and one of the greatest movie villains of all time (Spacey literally KILLS it here, in his best role of all time) and you have one hell of a piece of art. The industrial and grimy tale of Se7en is one I still watch to this day. 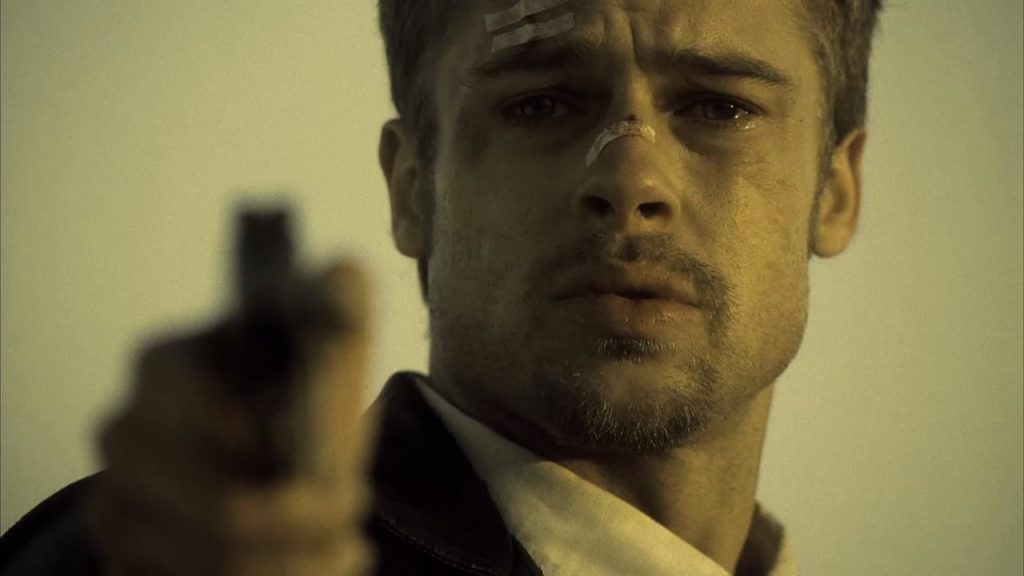 So after releasing a film as great as Se7en, how could Fincher top that? Instead of topping, Fincher went with the smartest move he could have made and instead went with whatever felt right. That film, at the time, ended up being the Michael Douglas-led story of The Game. Following incredibly wealthy banker Nicholas Van Orton’s (Douglas) descent into insanity, The Game tells the story of Orton’s brother Comrade (Sean Penn), who suddenly appears after not seeing each other in years, on Nicholas’s 48th birthday. In his hand is a game created by the Consumer Recreation Services that integrates a story of deadly and incredibly tense situations into one’s life. As the CRS continues this game, Nicholas loses his mind, as what is part of the game and what isn’t blend together, making Nicholas second guess everything that is happening around him. Bold and tense, The Game is the perfect successor to Se7en. Introducing a world that isn’t real into your life while also deciding what is real was an incredible story progression, and with Fincher being a brilliant director at making the audience double guess everything that is shown to them, this a perfect force of nature. Unfortunately, The Game got buried under the hype of Se7en. If you like Fincher, or really crime thrillers in general, please check out The Game. If you haven’t seen it, I recommend going to the Coolidge screening the night after the Se7en one, on Saturday, April 22nd!

As of this writing, David Fincher still goes down as my favorite director, and one of the best of all time. As I fanboy, I can’t help but remember the first time I got to watch movies like Se7en, The Game, Fight Club or The Social Network. As someone who hadn’t dug into cinematic history up until this point, his films were a huge part of my cinephile upbringing. What I wouldn’t give to go back and watch these movies for the first time again. The inspirations at the way he directs the actors he surrounds himself with (especially with performances as good as Rooney Mara in Dragon Tattoo or Kevin Spacey in Se7en), the art direction and the grittiness of his films. Hell, Fincher can make a movie about Facebook a competent thriller for the mainstream world. All Fincher bias aside and with some cold hard facts, he will eventually go down as one of the greatest filmmakers of this generation, and what no better way to celebrate that with back to back showings of Se7en and The Game over two nights at the Coolidge? Its literally a cinephiles dream, especially in 35mm! Rejoice Fincher fans!