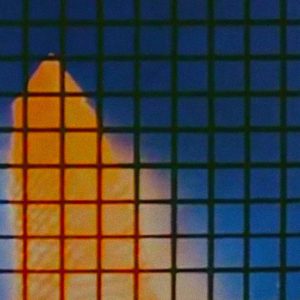 I’m new here, as things go, but have lived in the city long enough to know Boston’s dance underbelly has always had a soft spot for the warm bounce of house. Lately, London label Lobster Theremin has served selections to scratch that itch just fine, and Roza Roza’s new EP, out March 24, is no exception.

Lobster Theremin, for a relatively new label, has already carved out a nice niche for itself in dance music, launching sub-labels like Mörk for dusty drum jams in the vein of Mister Saturday Night, and Lobster Sleep Sequence, their newest imprint committed to ambient works. Even the main label is somewhat subdivided by now, with trendy (read: controversial) low-fi house releases from the likes of DJ Seinfeld and Ross From Friends abutting – but maybe not entirely in line with – Lobster Theremin’s reputation for richly textured and improvisational newcomer techno.

Sadok Sudei is very much in this last tradition, and contains a handful of inscrutably named nuggets spanning four dusty corners of dancefloor fare. Served forth are bite-size glimpses of pentatonic paradise (A1), jazzy sevenths swung over The Most Delicious Kick Drum (B2), and a repurposed ride cymbal, scraggled and side-chained to lend tinnitic pressure to A2’s groovy drive. But B1’s the pick of the litter for me, for its strobing squall of ghetto-tech kick-claps and cowbells, and for a beguiling wisp of looped lyricism that spins out from it.

These tunes are hardware-heavy, through-composed, and, in the occasional hiccup and clipped clap, bear the mark of the hand that made them. No surprise, then, to find in the liner notes evidence of an artist concerned with the more human side of computer music. “A forgiving hand, an understanding look, things humans forgot how to extend in the steady future” of machines – these aims ring loud and clear, and make Sadok Sudei a spin as much for the “heads” as for the heart.