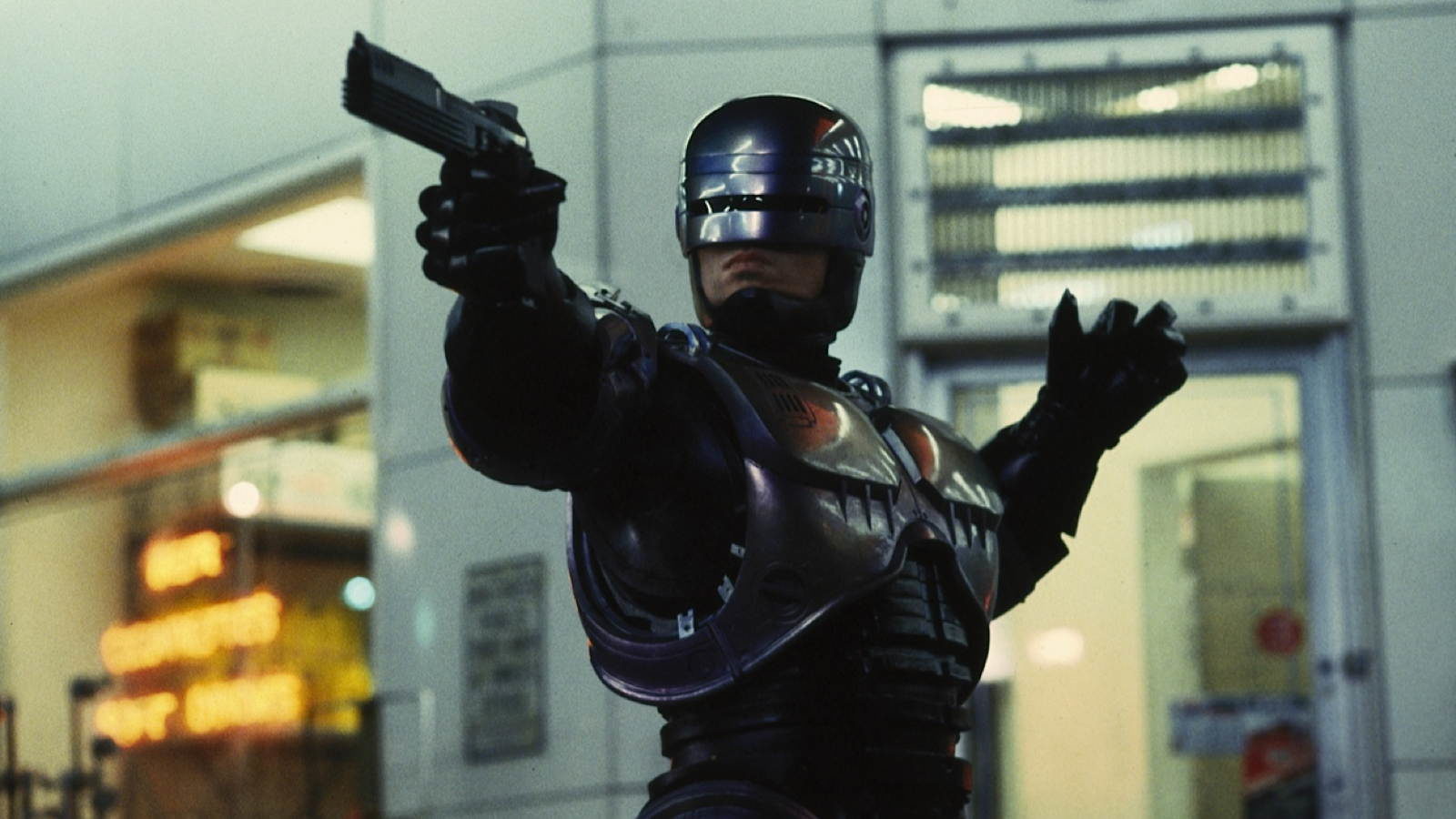 “I’d buy that for a dollar!” Political and social satire have never been better than in the ’80s. From horror movies to straightforward socially inclined pictures, filmmakers weren’t afraid to make a statement as well as make a damn good action flick. This point has never been exemplified as well as it has been than in the 1987 cult classic RoboCop. Riddled throughout with the sharpest of wits and the bloodiest of sequences, RoboCop is a venture into the world of ultra violence, one not too far off from the one that was featured 16 years prior in A Clockwork Orange. The masterful director of fluff, cheese and everything in between, Paul Verhoeven creates the brutal world of a futuristic, steam punk-inspired and crime-ridden city of Detroit. In this world is a brutal police force trying to overtake and destroy the underground crime syndicates that plague the city of disgust. Our story follows a Detroit cop by the name of Officer Alex J. Murphy on one of his unluckiest days, as he is murdered in the most over the top fashion (his whole death scene is ridiculous in the best way) trying to stop a gang. Luckily for Alex, he has a second chance at life, revived by the OCP (Omni Consumer Products) as a bad ass crime fighting RoboCop. But its not that easy, as Alex loses his life outside of crime fighting, and learns that living without the things he loves is worse than living with the incredible strength of a robotic officer.

Filmed through the scopes of an advertiser, RoboCop is a perfect look into the mindset of advertisers and the advertisements they create. Verhoeven’s job in this case is to pick a mirror up and make Hollywood and the commercial world we live in look at themselves, showing that we as a society crave the brutal violence of film, and that commercialized brutality sells more than one would like to admit. The way Verhoeven constructs this makes RoboCop one of the most sophisticated and intelligent films of the ’80s action heyday. That’s not to say that RoboCop isn’t a fun action film in itself, cause you’d be dead wrong if you thought that. With the most over the top and the “so gruesome it’s almost funny how fake it is” violence, RoboCop is just a hell of a good time to watch. The quotability still exists to this day (“Dead or alive, you’re coming with me!”) and the steam punk world that Verhoeven built is absolutely incredible to watch. Sure, the effects didn’t age all too well (that stair sequence later in the film is clumsily hilarious to watch these days) but the heart still beats in RoboCop. If you haven’t, I insist you give this film a shot, because the world we live in today isn’t that far from this futuristic Detroit, so fulfill all your needs for satirical predictions of the future with RoboCop!

Catch RoboCop at the Coolidge Corner Theater June 16th at 11:59pm in 35mm!