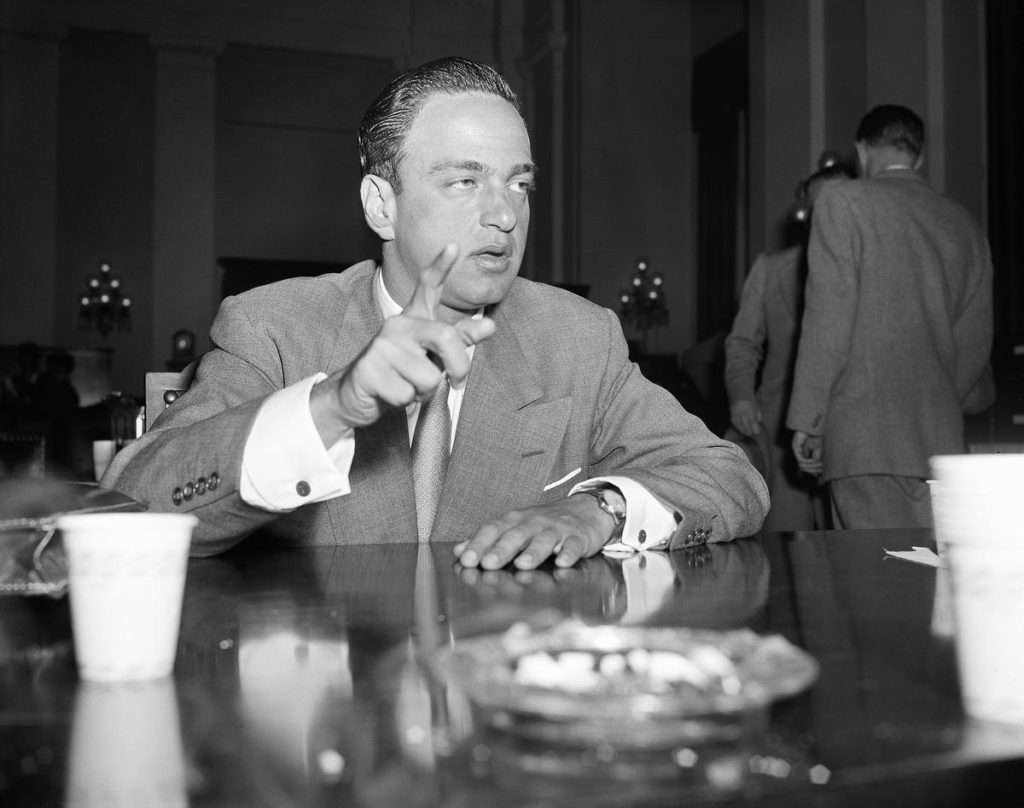 Roy Cohn in 1952, when he was Justice Department criminal division attorney in New York. He was preparing to testify in Washington to a committee investigating allegations around Communists in the United Nations.

The Matt Tyrnauer-directed Where’s My Roy Cohn? is a pretty tragic misfire, and Cohn is such a fascinating and urgently pertinent figure that wasting the opportunity hurts. Now I’m worried the Hollywood logic of “We can’t have two movies about X this season” (or this year or this decade) means that this is the only Roy Cohn movie we’re gonna get. That’s bad for everyone suffering from his legacy, and probably good for everyone who benefits from that suffering, like Donald Trump (Roy’s “protégé”).

Look, I wasn’t expecting Deborah Stratman or Harun Farocki, I didn’t think Matt Tyrnauer would tease connections out of Roy Cohn like Adam Curtis did Edward Bernays, and I was braced to tolerate talking heads, but I mean, come on. It would have been better to run text-to-speech audio of his Wikipedia page over the first video YouTube retrieves for “archival footage of New York.” They always say that creative industries are safe from the encroaching dangers of automation, but not for Mr. Tyrnauer! They conducted, what, five interviews, and then just ran that audio over irrelevant footage of New York and digital zooms into the first fifteen images Google gives you when you search Cohn’s name. 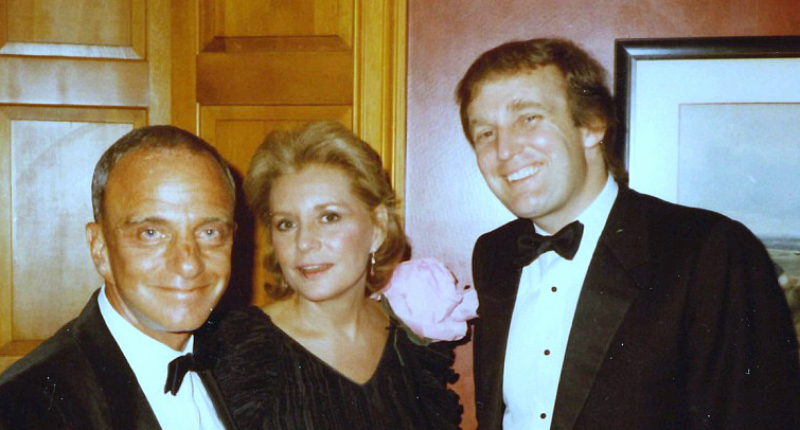 Roy Cohn helped to create, along with Roger Ailes and Goebbels and whoever else (maybe the movie could have told me!), the Epoch of Alternative Facts, the nasty, vicious political culture of Deny Deny Deny, of counterattack, of antagonism, of spin. To touch such a vital subject, to approach answering the questions we all burn with – how did they do it? what can we do to undo it? – seems like you implicitly accept the responsibility that goes along with that: I, Matt Tyrnauer, pledge to take this work seriously and make good use of my privileged position (aka getting paid time off to study this subject). But no! I, Matt Tyrnauer, make redundant schlock for money. That’s it!

Now, in most cases, maybe the humane response to such bad movies is to just not write a review– if you have nothing nice to say, and so on. But in one area the film transcends the simply dumb and enters into the ignorant and hypocritical. Roy Cohn, strongly aligned with the neo-conservative movement, was hounded by the liberal media for his entire life because he was gay, and he wouldn’t admit it. And in the end, they hounded him because “he was dying of AIDS,” and he wouldn’t admit it. Now, it would be nice to say that this kind of hypocrisy was relegated to the 1980s and 1990s, that the supposed left was betraying its own values then but that it isn’t anymore. This film could have said that now we’re focusing on the real, very bad damage neo-conservative market democracy was raining down on the poor with this man’s help. It could have asked how his tactics worked their way into culture, who picked up on them, who ran with them. But instead, it parroted the same boring garbage we’ve always heard: “Haha, he’s gay.” Who cares? How is that the most interesting thing you can think of to say about Roy Cohn? And to say it’s relevant because his repression somehow cleanly represents the Freudian core of his psychopathology is just too reductive. Maybe he saw his gayness and his Jewishness as inadequacies. Growing up in that culture, who could blame him? But if Gore Vidal is focusing on that during his one televised confrontation with Roy, isn’t that ultimately a win for Roy? Isn’t that a waste of high-stakes TV time? Doesn’t Roy then not have to answer the much harder questions Vidal could have asked? And shouldn’t, at least now, with all the benefits of hindsight, Matt Tyrnauer start asking them?