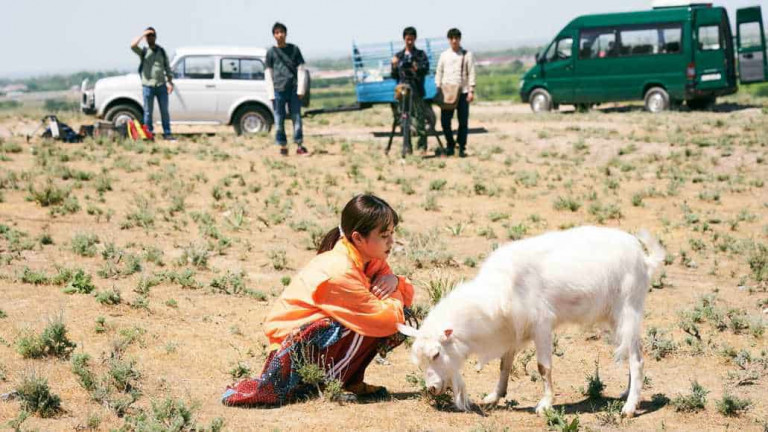 The byline for Kiyoshi Kurosawa’s To the Ends of the Earth seems like a glaring outlier among his more well-known horror phenomena and sci-fi oddballs. But in the same fruitless attempt to pigeonhole Cure as a detective procedural, a one-liner might be insufficient to describe the particular flora on To the Ends of the Earth. Atsuko Maeda, of AKB48 fame, plays a spruce Yoko, a reporter for a travel reality show. She works with a skeletal crew of a director, assistant, translator, and cameraman, who are not introduced by job title but can be approximated by behavior. They are in Uzbekistan, rounding up all of the country’s attractive content, from myth to cuisine, and finding the fillers in between. But Yoko, as all mindful protagonists are, seems to be going through a Emotional Thing, or maybe is trying to go through a Emotional Thing. If Kurosawa wanted to decelerate from his usual unsettling streams, then To the Ends is like a mid-life atonement and Yoko is the reparative apple pie offered, made of shaking nerves and far-off pensiveness.

Most horror movies have a pinpoint conflict: person vs. person, person vs. monster, person vs. intangible concept. While To the Ends does not have a concise one, Yoko’s uneasiness with her surroundings impresses upon the audience the same kind of dread. Imagine the countless pitfalls that secondary characters stumble into and die within a horror film’s first act; the mistakes are inevitable, and the wait can be panicky. For Yoko, she’s in the center of the Eurasian continent where she can’t speak the language. Yet she intentionally turns down having dinner with the crew and goes on food runs alone, supplementing fear in her stride when she scuttles past a group of men in a dark alley or handing over a bunch of bills to a shopworker without any expected estimation of change. Kurosawa obliges not to show English subtitles when someone speaks Uzbek, placing us right in Yoko’s bright yellow hiking slip-ons. 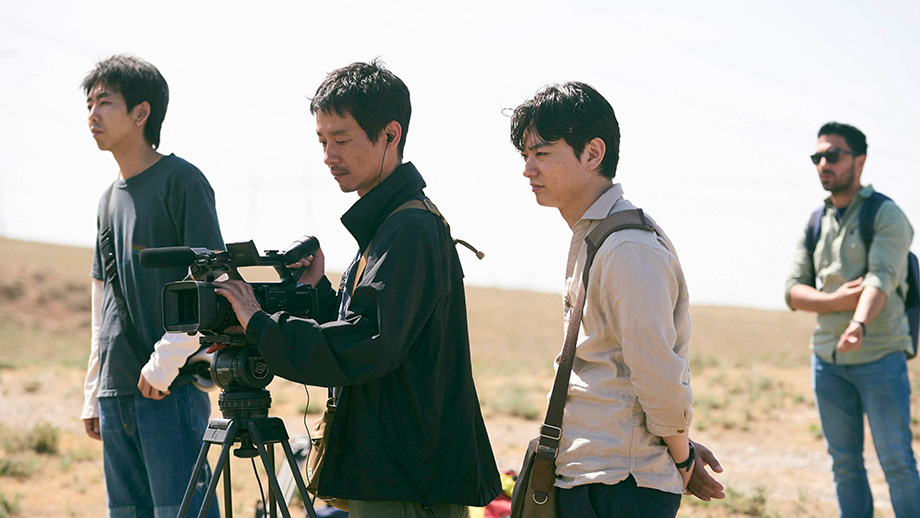 At times, the weights between tourist ostracism and xenophobia teeter, but I do dare to say that it’s performed humorously at Yoko’s expense. Though a gentle person which wants to figure herself out, Yoko’s self-induced anxiety can be an overreaction that is relieved by good-natured strangers. But there are times where Yoko quietly subjects to the detrimental actions of her mental and physical health, whether it is from a chauvinistic fisherman or her own crew. In one memorable scene that might have taken a page from Class Action Park, she takes three back-to-back rides on some sort of pivoting tower ride that seems crookedly partial to wild gravity, despite the ride owner warning the director that because of her small stature, she could have a brain injury.

Circumstantially, watching films about distant places can be a familiar comfort, especially if travel isn’t actually attainable at the moment. When we see the work that goes behind this reality show, the recognition of what happens in front and behind the camera can give shows like Marie Kondo or Queer Eye a third dimension — the efforts of storytelling. Kurosawa is able to focus on the moments that are captured, cut, and compiled down to a twenty-minute episode sandwiched between debates about logistics. There is an irony within To the Ends’ makings; cinematography focuses on the steel blue waters of the Aydar Lake and the busy movements of the Chorsu Bazaar while Yoko’s crew scrambles to find enough B-roll fillers. In the end, it’s hard to say what makes this movie delightfully insane; To The Ends may be a character study of introspection and desires, a story that is told implicitly and in between takes, or a sabbatical for the rest of the year.