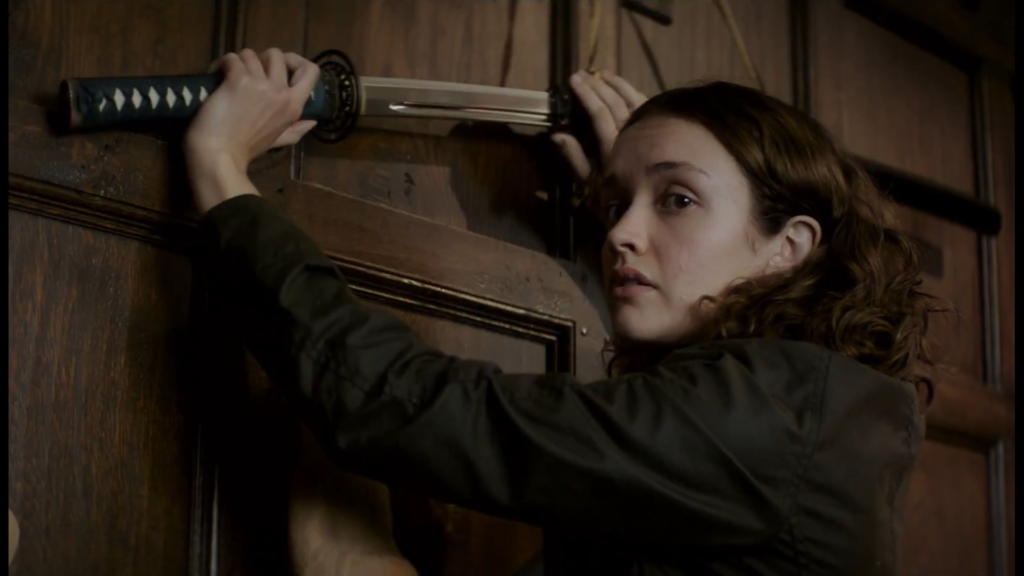 When it was announced last year that Heathers, the beloved 1988 black comedy by Michael Lehmann, was being adapted and updated into an ongoing series on the Paramount Network, fan reaction was… uneasy. The bracing humor of that film– about a teenage couple who frame the murders of their popular tormentors as a series of poetically just suicides– manages to feel markedly ahead of its time, while simultaneously being far too brutal to fly in today’s cultural climate. When the show’s pilot was made available for free online, it did little to quell these fears, with its shockingly miscalculated decision to make its villainous clique members of various persecuted groups, and its suggestion that its white, cis-hetero leads were the real underdogs (the optimist in me wants to believe the show was developed under the assumption of a different electoral outcome, but the timeline is unclear). Critical response was devastating, from those who got a chance to see it; the pilot was pulled and the premiere postponed indefinitely in the wake of the tragedy at Stoneman Douglas High School. At the time of this writing, it is unclear when school shootings will become a distant enough memory to justify its release.

I was put in mind of this recent debacle while watching Thoroughbreds, the blackly comic debut from playwright-turned-director Cory Finley. Its dry wit and detached, murderous teenage leads have drawn parallels to the original Heathers, but it never feels as cheap or exploitative as its aborted cable offspring. In truth, Thoroughbreds is a far darker film than Heathers ever was– a more apt comparison might be River’s Edge— but its soulful characters and mordant, clinical eye make the whole thing… well, palatable might not be the right word for a film that features a lengthy, show-stopping monologue about DIY horse euthanasia, but certainly acceptable. More importantly, it’s also very, very funny.

The thoroughbreds in question are teenage Lily (Anya Taylor-Joy, of The Witch), who lives in a sprawling, decadent manor with her bourgeois mother and emotionally abusive stepfather, and her estranged childhood friend, Amanda (Olivia Cooke). The two are brought together as SAT study buddies following Lily’s expulsion from her posh boarding school (for plagiarism) and Amanda’s expulsion from decent society (for something far, far worse). Amanda, Lily learns, is incapable of feeling emotion, and perfectly okay with that (when asked if she has some kind of disorder, Amanda shrugs and deadpans that her therapist “is pretty much flipping to random pages in the DSM V at this point”). Following her initial shock, Lily learns to enjoy having a friend she can be honest with. “You’re really off-putting, but in a compelling way,” she says upon realizing she doesn’t have to tiptoe around the issue, “Like one of those Youtube videos of people popping zits, or babies with their faces peeled off” (“Love those videos,” Amanda responds). For her part, Amanda welcomes Lily as a willing subject of analysis. She quickly zeroes in on her antipathy for her stepfather, and offers the obvious solution: why not kill him? Lily reacts with horror– but not too much horror, as Amanda is no doubt aware– and soon the pair enlist local shitheel Tim (Anton Yelchin, in his final performance) as their semi-willing accomplice.

As mentioned above, Thoroughbreds is a comedy, but it’s the sort of comedy that would probably be found in the Drama section if Blockbuster still existed. From the film’s opening moments, Finley makes clear that he’s throwing you into the deep end: we follow Amanda as she wanders Lily’s estate, observing her trappings of wealth as though through an alien’s eyes, against the skittering, dissonant score by Erik Friedlander (the closest the music comes to “pop” is a recurring dubstep remix of Inuit throat singing). Lily is the ostensible protagonist, but Amanda is the perspective character– a bold decision, making the heart of the movie a character with no heart. It’s a remarkable performance from Cooke, who’s spent most of her still-young career alternating between YA weepies (Me and Earl and the Dying Girl) and cheap teenage shockfests (Ouija, The Quiet Ones). I mostly know her from A&E’s Bates Motel (which, come to think of it, is the exact halfway point between those two genres), a fitfully brilliant show which never quite figured out what to do with her character. There, she played the warm, human counterpoint to budding psychopath Norman Bates; here, she is Norman Bates, but a Norman Bates who’s completely aware of, and comfortable with, his abnormalities. It’s tricky to create a likable psychopath without lapsing into campy Hannibal Lecter/Patrick Bateman flourishes, but Cooke makes it look easy, dropping scathing one-liners while never betraying any self-satisfaction. With any luck, we’re looking at the taking-off point of a very interesting career.

And they are great one-liners. Like Veronica and JD in Heathers, Amanda and (eventually) Lily observe their affluent surroundings with the fascination and horror of Werner Herzog narrating the South Pole. When Amanda reveals her awareness that her mother is paying Lily for her tutoring sessions, she adds, “She’s desperate, by the way. Been trying to set up this playdate for weeks. You probably could’ve gotten five-hundred if you’d stood pat.” Their icy drive is hilariously contrasted against Yelchin, who plays Tim as every skeev you’ve ever been uncomfortable with at a party. Trying to prove his gangland bona fides to the girls, he yelps, about half an octave too high to be convincing, “You don’t know where I’m from!” (“You’re from Westchester,” Amanda replies matter-of-factly). It’s a reminder of the shame of Yelchin’s (truly awful) death; he could have inherited the roles of Jake Gyllenhaal or Tobey Maguire, but instead seemed to be growing into a millennial Steve Buscemi or Brad Dourif. He was consistently entertaining in everything I saw him in, and while it’s a shame that his story ends here, it’s at least nice that he went out on a high note.

As if it weren’t clear from the above description, Thoroughbreds is not a film for everyone. Its all-encompassing bleakness will prove too oppressive for some; again, the most conventionally “likable” character spends much of the movie exploiting her friend’s mental disorder to murder a family member, and the closest thing to a sane voice of reason is a cowardly, drug-peddling sex offender. Still, like Amanda’s cold, impeccable logic, the movie is seductive, drawing you so far into its madness that it barely seems mad at all. It’s brutal, to be sure, but unlike many (great) films by Haneke or Von Trier, I suspect I’ll revisit it, perhaps more than once. Like its characters’ favorite Youtube videos– or, for that matter, Heathers— it’s off-putting, but undeniably compelling.