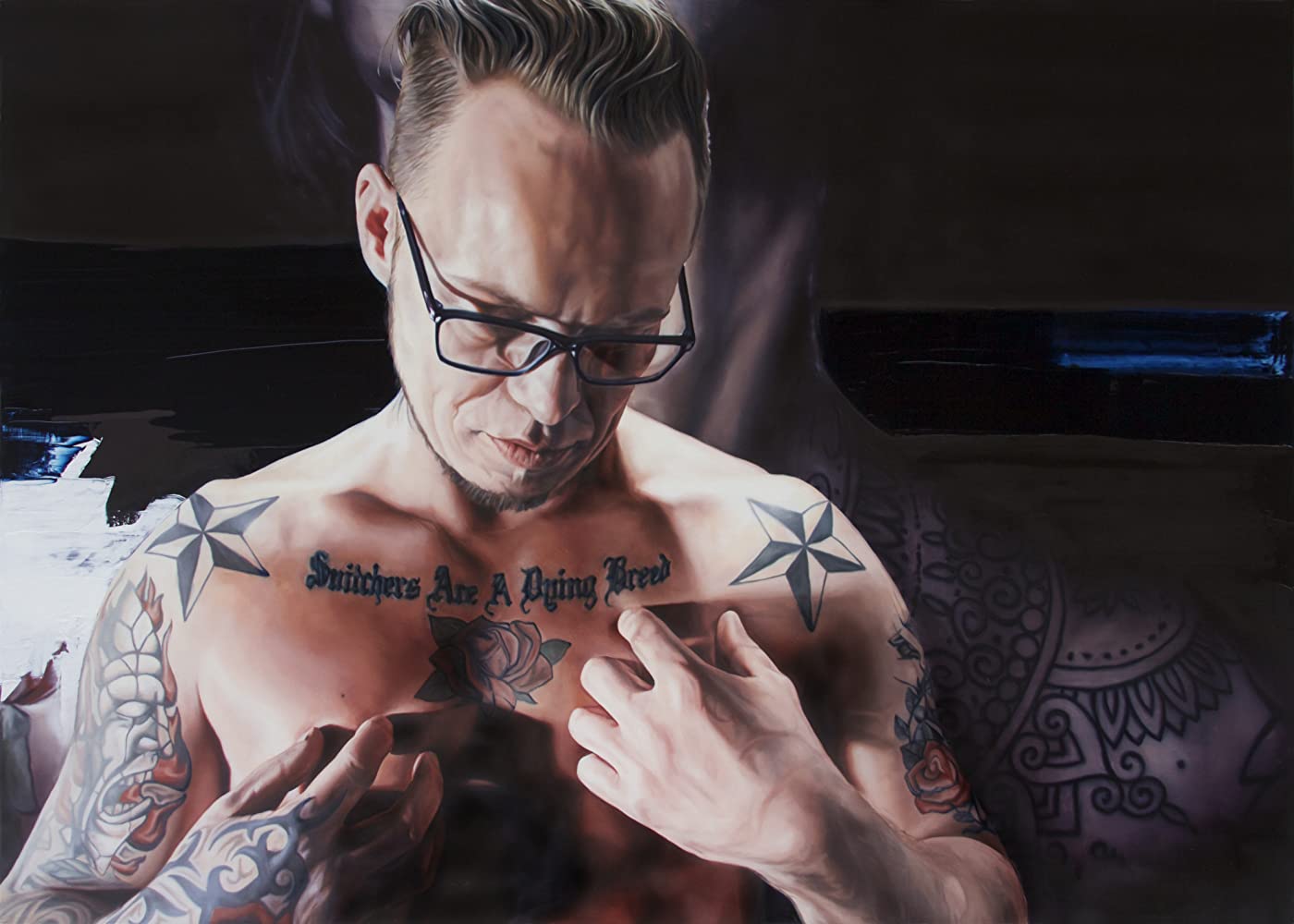 The Painter and the Thief, a documentary directed by Benjamin Ree, puts a fascinating spin on the relationship between painter and muse.

In broad daylight, a pair of thieves stole two of Czech painter Barbora Kysilkova’s works from the Galleri Nobel in Oslo. The gallery’s security footage revealed how careful and swift the thieves were in the removal of the paintings. One would think they were professionals based on how well they executed the heist.

In truth, one of the thieves, named Karl-Bertil Nordland, was so high that he barely remembers taking the paintings in the first place, nor can he remember where it ended up. He only remembers taking them because “they were beautiful.” Barbora is intrigued by the heavily tattooed thief and asks him a surprising question in the courtroom: “Maybe we could meet some time? Of course, all for the purpose that I’d love to make a portrait of you.” What follows is a remarkable tale of friendship and redemption.

At first glance, Barbora and Karl-Bertil are an odd pair. Barbora has a kind, disarming face and an inviting, analytical gaze. She often piles her long blonde hair on top of her head, clinching it in place with black chopsticks. Death fascinates her, and she loves to paint things that others may shy away from.

Karl-Bertil is an addict prone to making destructive decisions like stealing cars and pushing drugs. Though he’s covered in tattoos, his chest tattoo stands out the most:“Snitchers Are a Dying Breed.” He has frequent mood swings and wears graphic t-shirts that say things like “Crime Pays.”

The scene where Karl-Bertil first sits for Barbora is one of my favorites of the film. Barbora sits upright in a chair with one leg under her and the other crossed over her knee. She gazes at Karl intently as he poses on the couch across from her; a cigarette in one hand, his head propped up against an armrest by the other. He gazes at the floor with a small smirk on his face. They are wholly engrossed in the moment. 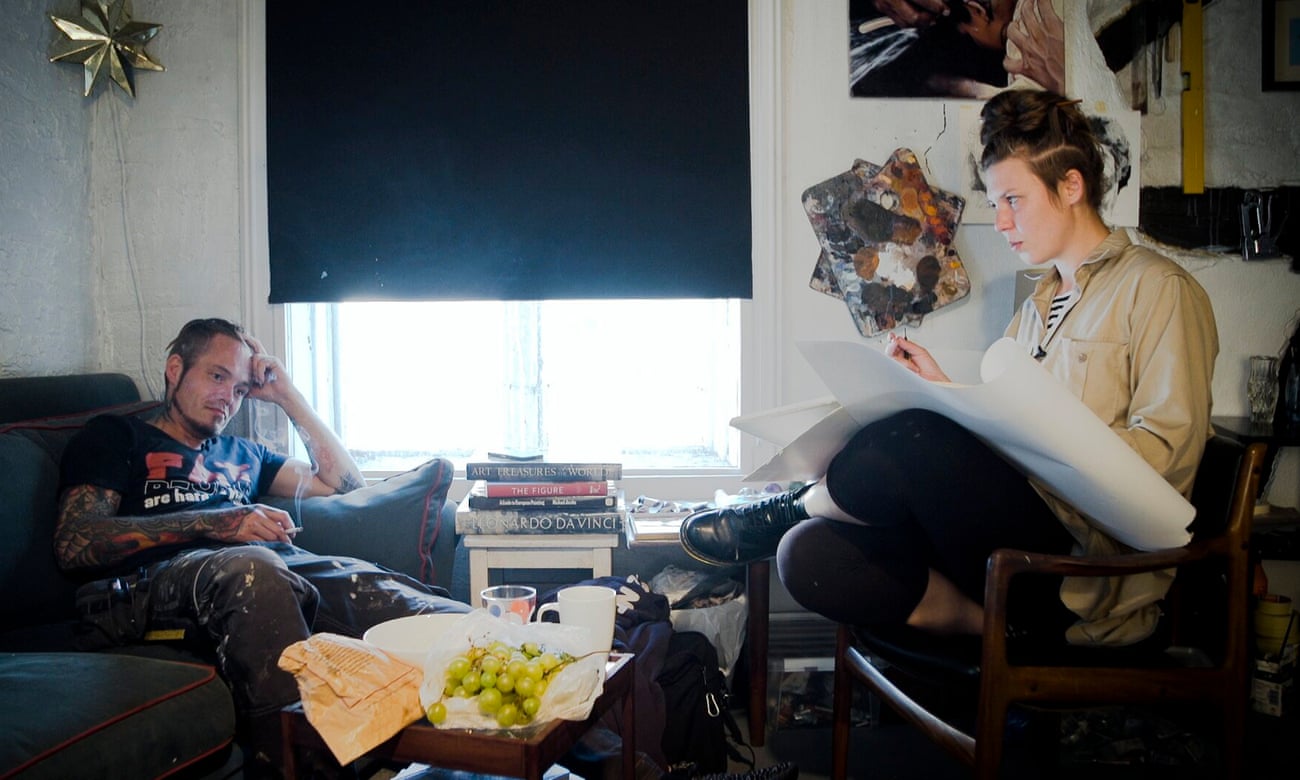 Ree captures them in an unobtrusive, intimate way that allows their genuine emotions to shine through. When Barbora shows Karl-Bertil her painting of him, he bursts into tears. It’s alarming to see this dangerous-looking man wearing a t-shirt that says “You Are So Much Stronger Than You Think” while hysterically sobbing. It’s so intimate that you almost want to close your eyes and give them their privacy. But their friendship evolves like this as they break down barriers, and little by little they reveal their true natures to one another.

Karl-Bertil is a former BMX racer and carpenter. Barbora fled to Norway with her husband Øystein to escape from her abusive ex. They are both drawn to each other’s darkness and encouraged by their potential. “She sees me very well, but she forgets I can see her too,”  Karl-Bertil says.

Up to this point, we are seeing everything through Barbora’s point of view. After Karl-Bertil steals and crashes his girlfriend’s car in a drug-induced stupor, the documentary follows his journey from the hospital to jail. Barbora doesn’t abandon him, despite her own financial and relationship struggles. Her husband Øystein questions why she would continue a friendship with someone so dangerous, but she never backs away. Their story then takes turns that feel almost fictional, but are well-worth the three years of filming.

The dual narrative feels natural and gives the story an added level of depth. Ree really gets to the heart of what it feels like to be really seen by someone for the first time, and the positive effect that friendship can have.