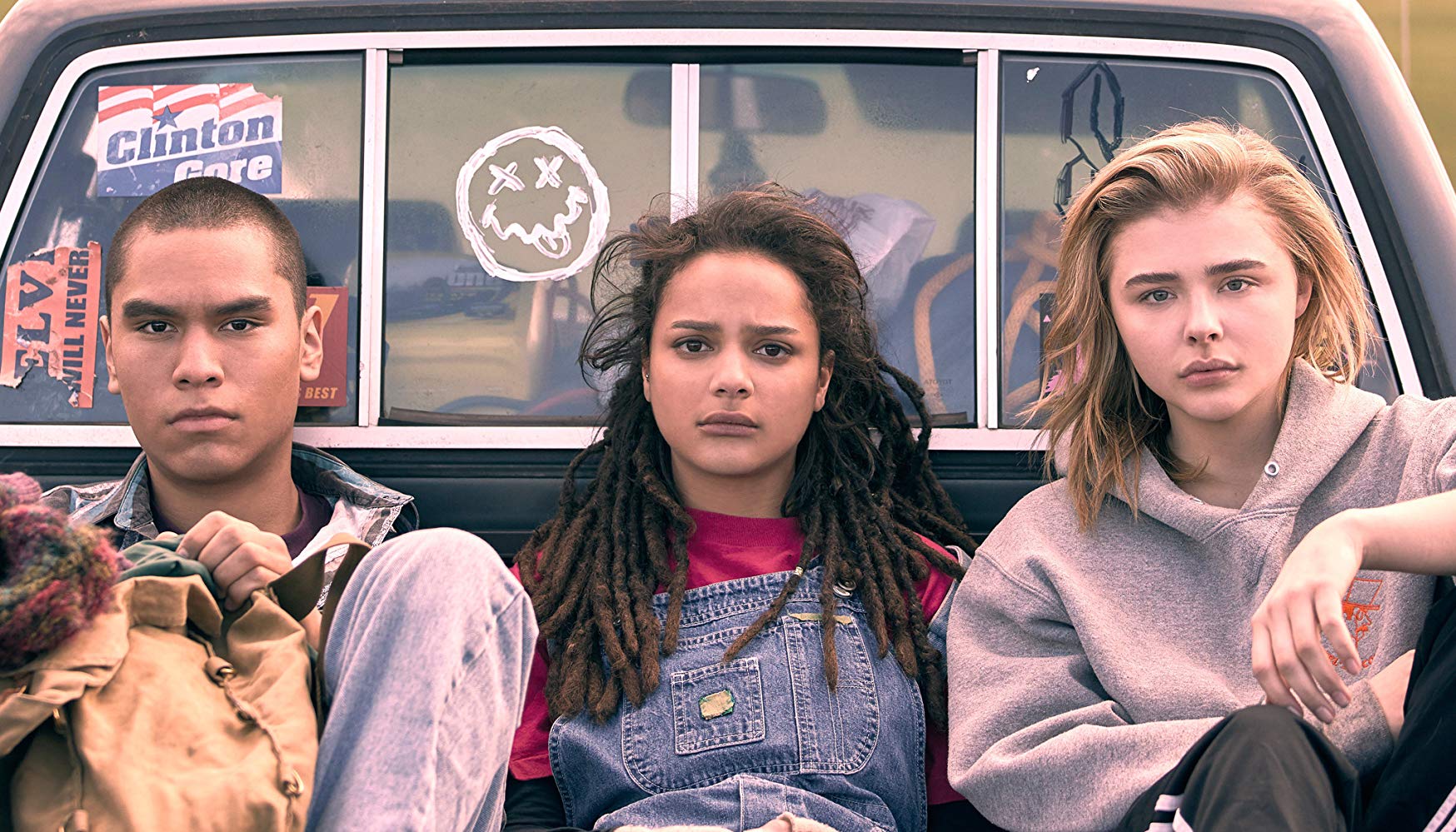 Okay, I admit it. I fall squarely into the category of people who watched the trailer for The Miseducation of Cameron Post and thought to myself, “Is this just a serious version of the 1999 queer cinema classic But I’m A Cheerleader?”  And to the extent that it’s a story about a lesbian teen being sent to undergo conversion therapy, it kind of is. But if there’s one thing (okay, two things) The Miseducation of Cameron Post proves, it’s that there is more than enough room for both, and that we absolutely need both. Hell, it’s proof (as if we needed any) that we need many, MANY more movies featuring queer women and directed by queer women. Desiree Akhavan and co-writer Cecilia Frugiuele artfully adapt the eponymous YA novel by Emily Danforth for the big screen, and what we see is a nuanced and brilliantly acted exploration of young adult sexuality and community in the midst of the grossly misguided and sometimes violent suppression of what the conversion facility calls “SSA” (short for “same-sex attraction”).

In 1993, Cameron Post (Chloë Grace Moretz) is outed as a lesbian at her junior prom, when her date interrupts a steamy makeout session between Cameron and her best friend/girlfriend Coley Taylor (Quinn Shephard) in the backseat of a car. After this revelation, she’s promptly shipped off by her aunt to a boarding school called God’s Promise, where a therapist and her ex-gay brother aim to cure her and other young queer folks through therapy and prayer. “Disciples,” as they’re referred to at God’s Promise, are made to explore the root causes of their queerness by filling out worksheets and participating in individual and group therapy sessions, in which “Christian” values and gender stereotypes are reinforced. They’re subjected to bed checks, and any unholy personal items are confiscated. But at the same time, they’re unintentionally given opportunities to be vulnerable with one another, and to truly connect. 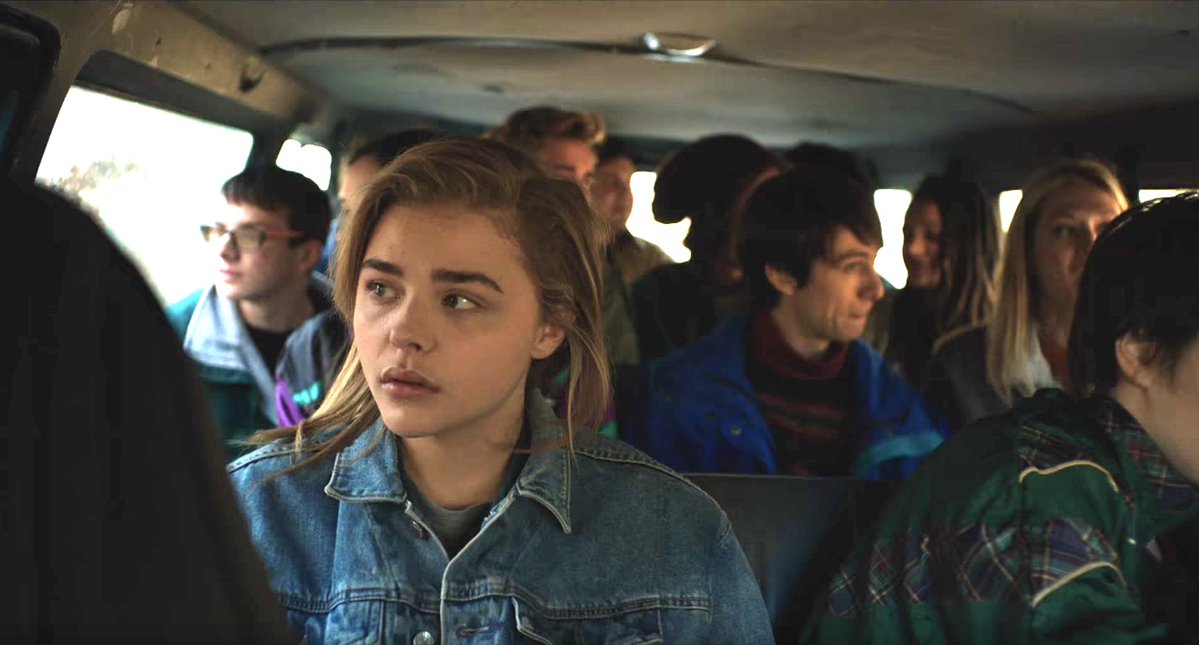 In the midst of this seemingly hostile environment, Cameron manages to bond with some other teens who haven’t quite bought into the conversion narrative. Enter Jane (Sasha Lane) and Adam (Forrest Goodluck), the two most interesting characters in the movie. Jane grew up on a polyamorous commune and finds herself at God’s Promise now that her mother has married a Christian, and Adam is a Two-Spirit person whose father recently got into politics and needs to improve his image. The hypocrisy of their parents is not lost on them, and they seem cool and self-assured compared to the other kids trying to conform. They’re not cruel, though, in the way that the cool kids in teen films so often are. They are such great characters that I wish they were the main characters, but alas. For a film tackling such heavy subject matter, it’s surprisingly sweet and funny, focusing on the sense of community, if not always agreement, among the young folks at God’s Promise, rather than the evils of conversion therapy. In one scene featuring the musical stylings of 4 Non Blondes, Chloë Grace Moretz hoists herself onto a kitchen table to belt out the lyrics of “What’s Up?” while even the more obedient of her peers join in. In this moment, the audience sees what each of the characters might have been like outside of God’s Promise, if they were simply allowed to be who they are, and it’s deeply melancholic while simultaneously one of the most enjoyable scenes of the film.

The real triumph of the film is the grace with which the actors play their roles, and the nuance with which each individual is treated. This isn’t a story of good vs. evil, but rather an exploration of the pervasive confusion surrounding human sexuality. And Dr. Lydia Marsh (Jennifer Ehle)  and Reverend Rick (John Gallagher, Jr.) are just as confused as the kids are, abusing their misunderstanding of biblical teachings and therapeutic techniques to attempt to fit the young adults in their care into very strictly designed molds for good, Christian, “masculine” men and “feminine” women. Cameron sums up their influence brilliantly when a social service agent comes to investigate the home after an incident with one of the boarders. “They’re not beating us or anything,” Cameron says, but “how is teaching people to hate themselves not considered emotional abuse?” And that’s pretty much the film’s thesis. While the therapist and her brother aren’t explicitly violent toward the teens in their care, they’re certainly doing a great deal of damage. This film would be easier to digest if they were more clearly vilified. It might even be more culturally productive if the audience were made to hate them and the religious conservatism and homophobia they represent. But that’s not the film Akhavan chose to make. The real challenge in viewing this film isn’t bearing witness to blatant atrocities acted upon these young people, it’s gently and earnestly being shown the humanity of the people we want to cast clearly as villains.