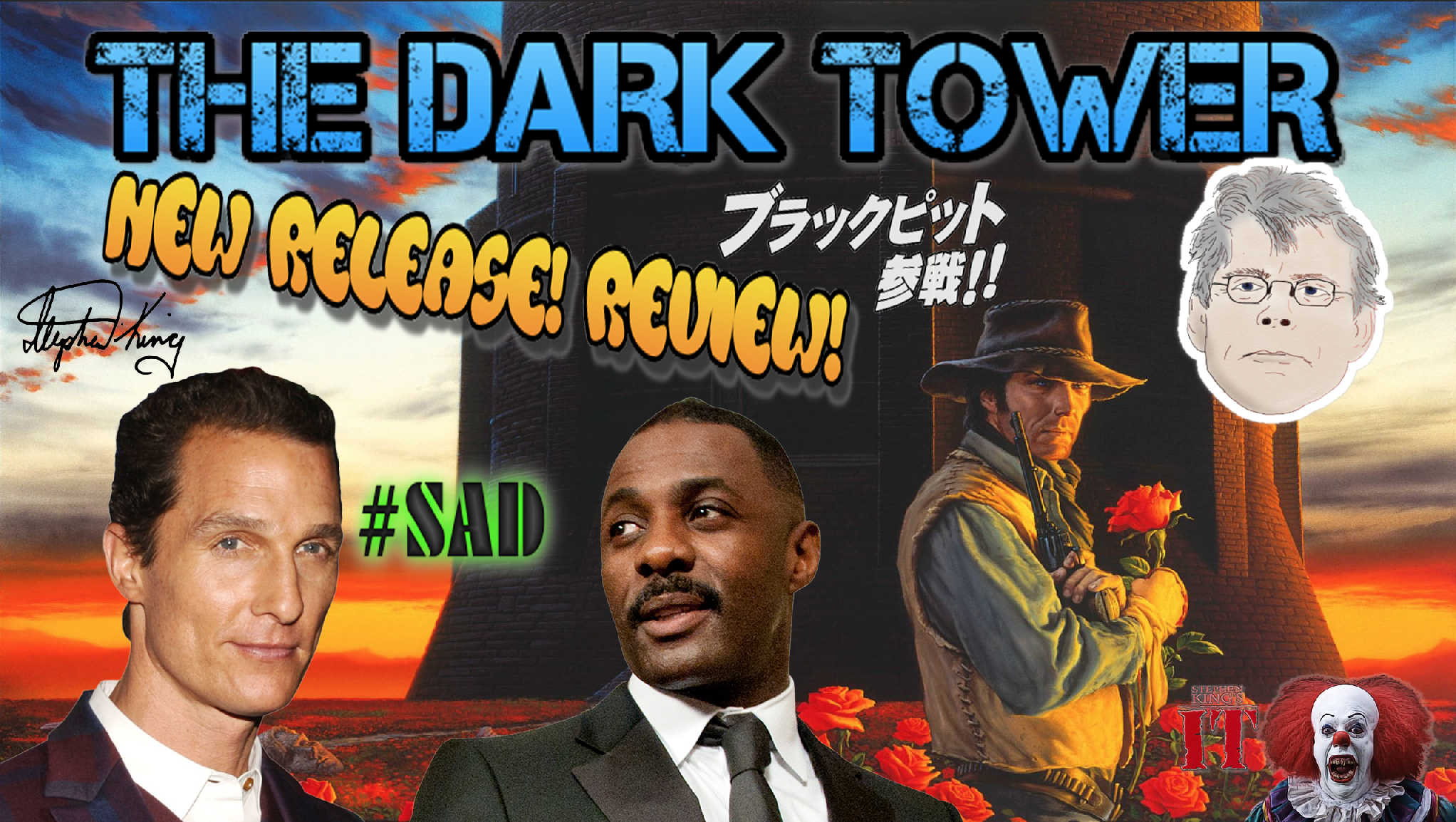 The Dark Tower series of books will forever be considered — by sheer force of will and words spilled — author Stephen King’s de-facto magnum opus. It is everything great, wrong, strange, terrific, and terrible about King’s oeuvre rolled around and wrapped into one massive package. Taken as a whole, the series is self-lionizing, self-serious, immature and, somehow, immensely joyous, surreal, and gripping. There is nothing else like it, and it stands as bar none the most fascinating work created by one of modern America’s biggest pop cultural architects.

It should, then, come as no surprise that now Hollywood — in their decades-long quest to adapt every Stephen King story —  has taken a crack at making a moving picture out of The Dark Tower. It should also be no surprise that the result is unconscionably mediocre.

It is unfortunate that Hollywood went one of the worst routes possible in adapting this work. Elements of King’s gonzo opus are sprinkled into a Mad Libs-style YA framework and churned out through a Marvel machine. The result is a bland 90-minute movie in which the biggest compliment one might be able to laud it with would be ‘serviceable.’ Even that sounds favorable, and paints the picture in a more interesting light than it deserves. Perhaps the most surprising thing about The Dark Tower, after decades of Development Hell and a carousel wheel of attached directors and actors, is that the movie isn’t even an interesting failure. Just a mundane one.

By turning the abstract mystery of the Dark Tower opaque, and the elemental evil of the book’s quasi-villain, the Man in Black, generic (played, terribly, by Matthew McConaughey), the movie works against itself from the get-go. Succinct title-cards let the audience in on the mystery, and instead of opening on the evocative first lines of the book series — “The man in black fled across the desert, and the gunslinger followed” — we are bombarded with an overwrought scene of the Man in Black in an uninspired YA Villain compound, draining kids’ brains and using that energy to blast destructive beams at the Dark Tower (which keeps all universes from falling into Chaos, you see).

From here, the movie introduces us to Jake Chambers, a twelve-year-old New York resident who is having visions of the Dark Tower. Jake was the most uninteresting character in the book, and now, with Main Character duties on his shoulders, he comes across even flatter. Characterizations fall flat everywhere in this movie. The Gunslinger himself, Roland Deschain (played with aplomb by Idris Elba, a sad waste here of great talent and great casting) remains the only intriguing character, but by being relegated to such a minor role we are never given time to really see his personality and motivations unfold.

By the thirty minute mark, Jake teams up with Roland and they begin their quest to take down the Man in Black and save the Dark Tower. One hour later they have done so and the audience is left tapping their foot. In a most unfortunate turn the only so-bad-it’s-funny-moment of the movie is the climactic showdown. McConaughey throws up his hands and stops shards of glass in the air. He pings them at Roland, practically making ‘pew-pew’ sounds as he does. McConaughey looks embarrassed. I feel embarrassed too.

The denouement that follows is so banal that it could reasonably be argued as being an artistic subversion of audience expectations– a Funny Games-esque sneer at the audience for even watching the movie and expecting anything. An un-hyping of a sequel. In short, Roland bites into a Hot Dog and drinks a Coke. He enjoys them both and tells Jake that they should leave. They walk through a door and enter a portal we do not see. A light flashes. The movie ends

Now playing at the Somerville Theatre, and pretty much everywhere else!