Nostalgia is a hell of a drug. This isn’t a new revelation, but it’s jarring to watch your own generation’s cultural touchstones evolve from greasy kid stuff, to fond memories, to lucrative merchandising opportunities. With Generation X officially in middle age, and Millennials just starting to be saddled with families, receding hairlines, and financial decisions, an alarming number of my teenage favorites are suddenly going concerns again – not just in the form of remakes and reissues, but actual canonical continuations. In just the past couple of years (and extending into the coming months), we’ve seen new chapters of Star Wars, Mad Max, The X-Files, Twin Peaks, The Evil Dead, Tron, Mystery Science Theater 3000, Mr. Show, and probably a dozen more I’ll think of the second I click “Publish.” We have seen the future, and it is the past.

The latest example of this phenomenon is T2, a direct continuation of 1996’s indie smash Trainspotting. Belated sequels to cult classics tend to be dicey – see also Rock and Roll High School Forever, S. Darko, and Easy Rider 2: The Ride Home, the latter being particularly misbegotten. T2, however, has a higher pedigree than most: original director Danny Boyle is back, along with principal cast members Ewan McGregor, Robert Carlyle, Ewen Bremner, Jonny Lee Miller, and “Born Slippy .NUXX” by Underworld. Time has been good to this roster; in the intervening years, Boyle has been able to add “Oscar winner” to the beginning to his name, McGregor has become a bona fide movie star, and the rest of the cast (particularly Carlyle) have made names for themselves as dependable, recognizable character actors. But does this pedigree overcome the dodginess inherent in the idea of a Trainspotting sequel? 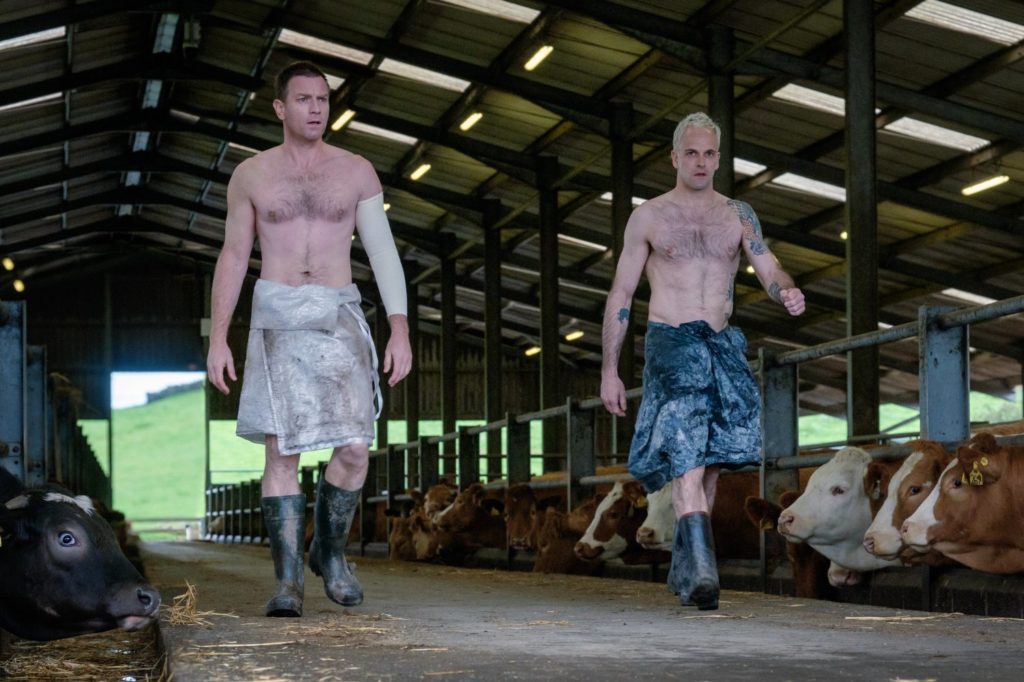 A quick recap for those too young and/or damaged to recall: the original Trainspotting told the episodic, blackly comic exploits of heroin buddies Mark Renton (MacGregor), Francis Begbie (Carlyle), Simon “Sickboy” Williamson (Miller) and Daniel “Spud” Murphy. At the end of that film, Renton splits out on a lucrative drug deal, slipping the relatively innocent Spud his share and using the rest to start a new life. T2 finds Renton twenty years sober, but with little else to show for his life but a failed marriage, a doughy midsection, and a recent cardiac arrest. Adrift, he moves back to his dad’s flat and reconnects with his horrible, ghastly friends. Begbie is still in prison following the events of the first film, Sickboy has traded robbery and heroin for extortion and cocaine, and Spud has grown into a pitiable old sod, stumbling on and off the wagon (“I’m a fucking junkie!” he spits at Renton when he asks about the money, “What do you think I did with four thousand pounds?!”). From there, the film continues as episodically as the first, with Sickboy dragging Renton into his scheme to open a brothel for his prostitute girlfriend Veronika (radiant newcomer Anjela Nedyalkova), Begbie busting out of jail with a thirst for revenge, and Spud aimlessly trying to put his life together.

From its first moments, T2 wears its predecessor on its sleeve. Trainspotting famously opened with Renton running from police to the strains of Iggy Pop and his own breathless interior monologue; the beginning of T2 finds him silently plodding on a treadmill, surrounded by other middle-aged adults. If that sounds subtle, other homages are less so. Scenes from the original are prominently featured in flashback, sometimes literally projected on the wall behind the characters. Likewise, cameos abound from such fan favorites as Sickboy’s dead baby, a certain filthy toilet, and Kelly Macdonald (who only pops in for one scene, but it’s a good one). None of this is necessary, per se; at its core, T2 is principally the story of Renton, Sickboy, and Veronika, with Begbie essentially starring in his own, separate movie, and Spud ambling in and out of the narrative. But then it wouldn’t be Trainspotting, and if it weren’t Trainspotting, it likely wouldn’t exist at all. In fairness, Boyle seems keenly aware of his film’s status as a warm-and-fuzzy throwback. At one point, while the friends mourn a departed friend from the first film, Sickboy sneers, “This isn’t a memorial, it’s nostalgia. You’re a tourist in your own youth.”

But if the biggest argument against T2 is that there’s no particular reason for its existence, the greatest argument in its favor is that there’s no reason it shouldn’t, either. Trainspotting is a hell of a film, but it’s not really much of a story, so much as a series of things which happen to its characters; its sequel, ultimately, is just another batch of those things. As in most shaggy dog stories, some of the bits fall flat (a brief Raging Bull parody, a running gag about Viagra), and some feel like filler (at one point the characters literally sit down for a zoning board meeting), but others, like a hilarious impromptu singalong at a Protestant nationalist club, are genuinely inspired. Weirdly, some of the strongest moments come at the end, when Begbie zeroes in on his frenemies and the film essentially becomes a horror movie; it is only then that one recalls that Boyle’s widely varied filmography includes the modern horror classic 28 Days Later. 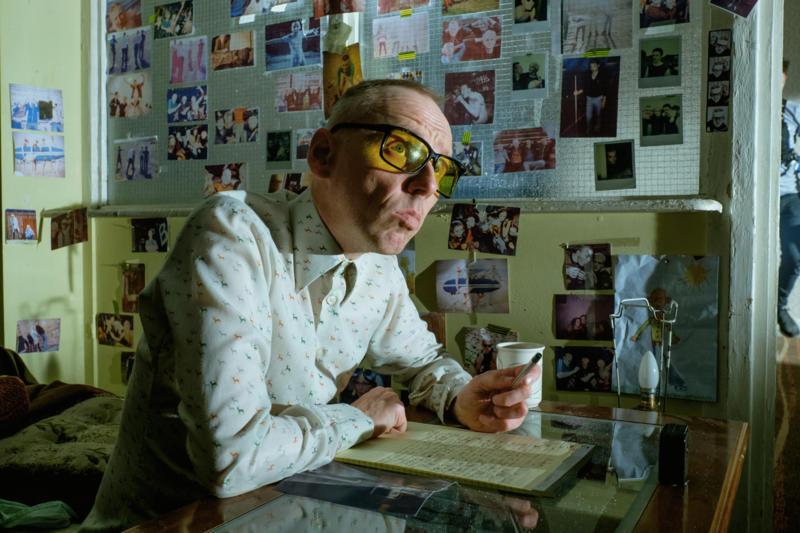 The most emblematic scene of the film’s strengths and weaknesses occurs around the midway point, where Veronika, with no provocation, asks Renton, “What is ‘Choose Life?’” This, of course, serves as a springboard for Renton to launch into a reprise of his famous opening monologue from the first film, specially updated for 2017 (“Choose Snapchat. Choose rape jokes and slutshaming. Choose ‘Ten Things You Didn’t Know About These Celebrities.’”). At the outset, it’s groan-inducing – and, to be clear, there is no organic reason for this scene to exist. And yet, as it continues, it’s difficult not to get caught up in; it’s still a hell of a monologue, and its new targets are even more deserving than their ‘90s equivalents. Boyle, McGregor, and ultimately the entire cast and crew have lost none of the spark and energy of the original. We may not have needed a Trainspotting sequel, but as long as it’s fun and succeeds on its own terms, what’s the harm?

Having mulled this film in the weeks since catching its preview screening at the Brattle, it occurs to me that the most apt point of comparison can be found in the lads’ patron saint: Mr. Iggy Pop. Iggy didn’t need to reunite with Stooges bandmates Ron and Scott Asheton (and, later, James Williamson), and the resulting reunion albums were a far cry from the band’s original holy trinity. Yet, as a live proposition, the re-animated Stooges brought it, retaining the energy that they showcased as young men, and granting two generations (including this author, at a free show at Newbury Comics at Alewife) their first chance to see the group in action. Likewise, the world wouldn’t be significantly worse off with only one Trainspotting movie, but if it works, why knock it? The cast retains their raw power, and their lust for life.