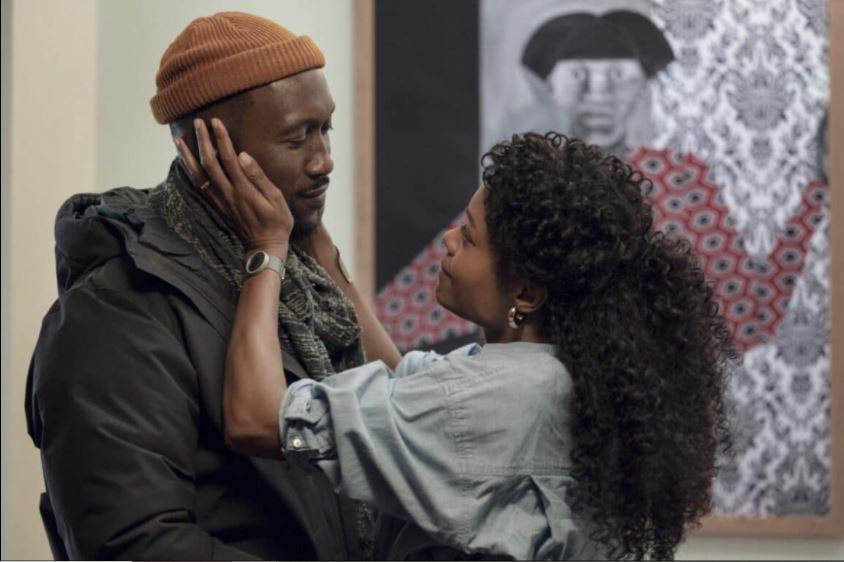 If I hadn’t said it before, I’ll say it now: I’d watch anything that Mahershala Ali is. His screen presence exemplifies a magnetism without command. Even in his post-dos-Oscars phase, Ali’s selections seem to be taken with a certain level of respect to the character and to the story (and yes, I am for sure including Alita: Battle Angel in the conversation). The horsepower of empathy and awe behind his performances prohibits him from being swallowed whole.

So of course, Swan Song was going to be a good movie. Though perhaps not with a quickness as Netflix trends go, Apple TV+’s newest hi-def dystopian piece might draw in the casual viewer. How the emotional tones were going to be played and manipulated was up to director/writer Benjamin Cleary, and how different it needed to be from other pieces of this nature.

Ali plays Cameron Turner, an artist who learns that he has a terminal disease, prematurely cutting the rest of his life from his wife Poppy (Naomie Harris) and his young son. He considers a clone replacement (“regeneration” as his brother-in-law describes the process during a one-off conversation, though the clone will not carry the fatal seizure disorder); Cameron would agree to imprint all his memories onto the clone, who would then seamlessly transition into Cameron’s life without his family knowing. For the rest of his days, Cameron would live at the facility to avoid disrupting the illusion (unsurprisingly, whether this is an “illusion” is one of Swan Song‘s motifs).

The experiment is spearheaded by researcher Dr. Scott (Glenn Close in a tamed position that indicates a history unspoken), who assures Cameron that this process can be a heart-wrenching but selfless choice. As the clone’s (named Jack, also differentiated by a freckle on the left palm) “training” progresses, Cameron becomes hesitant. Reasonably, some of the tests yield chilling results; from a prompt using Cameron’s brother-in-law’s name and “gift,” Jack is able to conjure up the exact memory of Poppy’s birthday, retelling the story through Cameron’s perspective with a sequence of pauses and beats that makes it alarmingly genuine. In another test, Jack is in a video chat with an unaware Poppy; the mirrored idiosyncrasies and laughs is just too eerie for Cameron. Though the choice is completely his, one could understand the daunting task of training someone into being your wife’s husband and son’s father. 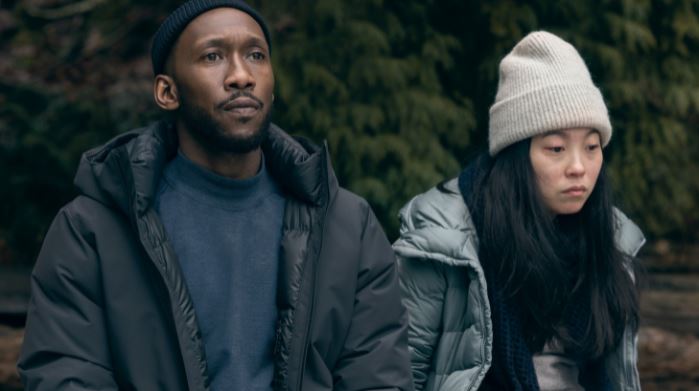 In stories of human replacement, there is often a conflict between emotions (often tied to the rawness of humanity that is inexplicably non-replicable) and rationality (often tied to the laser-cut logic of AI and the like). Rummaging through the storage boxes in our heads can cause seismic waves of sentimentality; Cameron and Eternal Sunshine‘s Joel share a kinship in this. However, while emotions rule over Joel’s decision, Cameron is encouraged to fight it off. In the same playbook, technology depicted here is not the tale of evil computers or suspicious leaders ala Oscar Isaac’s Nathan Bateman in Ex Machina. Cleary pays respect to the concept of evolution, that of the environment we live in and in ourselves. Maybe there are shadowy ethics that have a larger role than discussed here, but in the story of this particular Cameron Turner, he finds that different choices can be made at every living second: more vulnerability, less stoicism, more time spent on who, more time left with.

Cameron’s story would not have flourished without the main characters in his life. Harris’s delivery of Poppy is both the soft focus and the clarity to Cameron’s drive, which is believable from the moment they first meet in a train. The demonstration of a loving marriage that endured tragedy gives more deliberation to Cameron’s pursuit in the experiment and the actions that follow afterwards. Awkwafina’s role as Kate, another person who chose to be cloned, is subdued and useful in exposition. However, Ali’s charming chuckle in tune with Awkwafina’s classic cackling is a pure moment of laughter (other times might be accidental: a close-up of Glenn Close’s dismayed face at one of Jack’s mishaps, for example).

The heart of Swan Song is not in a prospective future for society, but what the past can teach us at the individual level. Cameron’s confrontations with his life can be a difficult exercise (one that keeps most of us up at night), but he pushes forward, believing that there is a higher risk with the wrong decision. Swan Song may buzz at a sci-fi frequency, but loudly radiates as a romantic pursuit for growth.