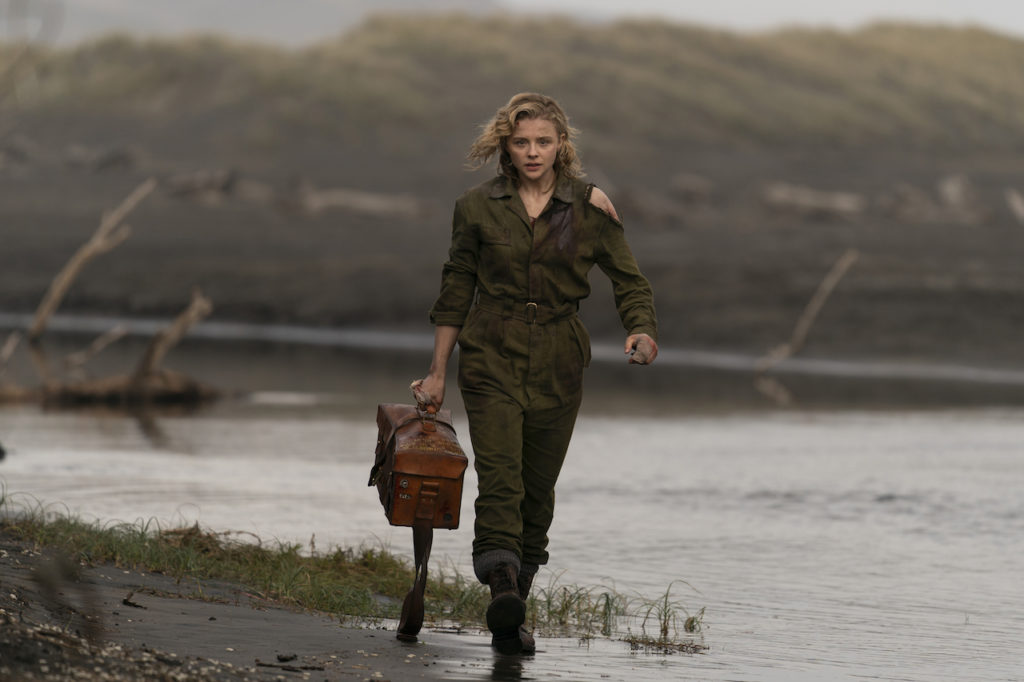 The period time at (what would normally be) the end of the official Awards Season has long been called the “January Dump”: the moment when studios, having expended their most high-falutin’ critic-bait, feel comfortable sending their most disreputable offerings (read: low-budget horror) into the world. This term is, to a large degree, fair– there have been a lot of truly awful horror films released in the first few months of their respective years– but it also belied how much fun the movies can be in this window. With the quote-unquote “respectable” films out of the way, cinephiles are finally free to take off their formal clothes, put on their eatin’ pants, and take in some good, old-fashioned cheese. You may not get a lot of nutrients, but who can resist a good serving of junk food?

To put it mildly, this has not been a normal year for movies (and the Oscars aren’t for another four months), but there’s still that sense, with the new year, we can all relax for a bit. So it feels appropriate that, as the season winds down, I can put my pile of awards screeners to the side and watch a dumb little movie about a gremlin.

Shadow in the Cloud stars Chloë Grace Moretz as Maude Garrett, a WWII fighter pilot who makes a last-minute entrance on a bomber departing New Zealand one dark and rainy night*. The flyboys on the plane are bemused to have an unexpected guest (and a dame at that!), but Maude insists that she has orders from on high to transport a mysterious package. The crew relegates Maude to the lower turret, a tiny acrylic bubble dangling beneath the plane, where she is forced to listen to her erstwhile crewmates’ chauvinistic remarks over the headset. This is already a nightmare on any number of levels, but the situation goes from bad to worse when Maude spots… something… crawling around on the underside of the wing. As Maude tries to keep it together, both figuratively and literally, her companions begin to grow suspicious, and start to wonder what’s really in that box she insists they safeguard.

Shadow in the Cloud is just clever enough to qualify as a lark, without ever quite crossing the threshold into “good.” Its niftiest conceit is its commitment to keeping Moretz– and the camera– confined to the turret for the bulk of the film’s first two acts. For the majority of the film, the male crew members are relegated to disembodied voices, yammering innuendos back and forth in Maude’s tinny headset. During this stretch, the film essentially lands somewhere between a bottle episode and an old-timey radio drama (curiously, it shares the latter influence with another recent genre romp, last year’s excellent The Vast of Night). It’s a great use of Moretz, whose stock in trade are her wide eyes and expressive face (think of the scene in Hugo when she goes to the movies for the first time). When the situation begins to escalate, it becomes a crackerjack tale of woman-vs.-the-elements, as Maude is forced to reckon with her rickety accommodations, her leering (and eventually openly hostile) traveling companions, the threat of enemy fighters, and, eventually, an actual monster. If the film had kept its scope this focused for its entire running time, it might enter the realm of the great little-films-that-could.

Unfortunately, the more the story widens, the less its limitations feel like strengths. The climax, while pulpy-thrilling, is unfortunately a case of ambition outstripping ability, its greenscreen and low-budget CGI practically buckling at the seams. This, in itself, is not a disqualifier (nor is the fact that the physics of these scenes are not even faintly plausible– it is pulp, after all), but it is emblematic of a film that tries to do too many things at once. As it goes on, the film strives for feminist points that don’t quite feel earned; Maude, while portrayed as “strong,” is not written nearly as vividly as her lecherous colleagues, whose incessant locker room talk becomes exhausting (blame here is perhaps due to noted shitbag Max Landis, who receives a co-writing credit). Then there’s the fact that the film suffers from a surplus of peril; when Maude is simultaneously facing off against the gremlin and a squadron of Japanese zeroes and the rickety mechanics of her own plane, it can be tough to keep track of what the threat actually is. I’m fairly certain that the monster could be actually written out entirely without affecting much of the plot, which is not a minor problem for a monster movie.

Still, I don’t really want to scare anyone off from renting this movie. It’s New Year’s morning, after all; if there’s ever a day when you need to rent a stupid monster movie, this is it (you’ll also be helping keep the Coolidge After Midnight series afloat during this home stretch until we can all pack back in there after our bedtimes). Shadow of the Cloud falls short of greatness, and doesn’t quite hit great-badness, but for a January dump movie? You could do worse.

* – In the interest of full disclosure, I will admit up front that my knowledge of military history is pretty much limited to war movies (and even those aren’t my strong suit), so please forgive any lapses in terminology with regard to rank, weaponry, or any other assorted Air Force jargon.