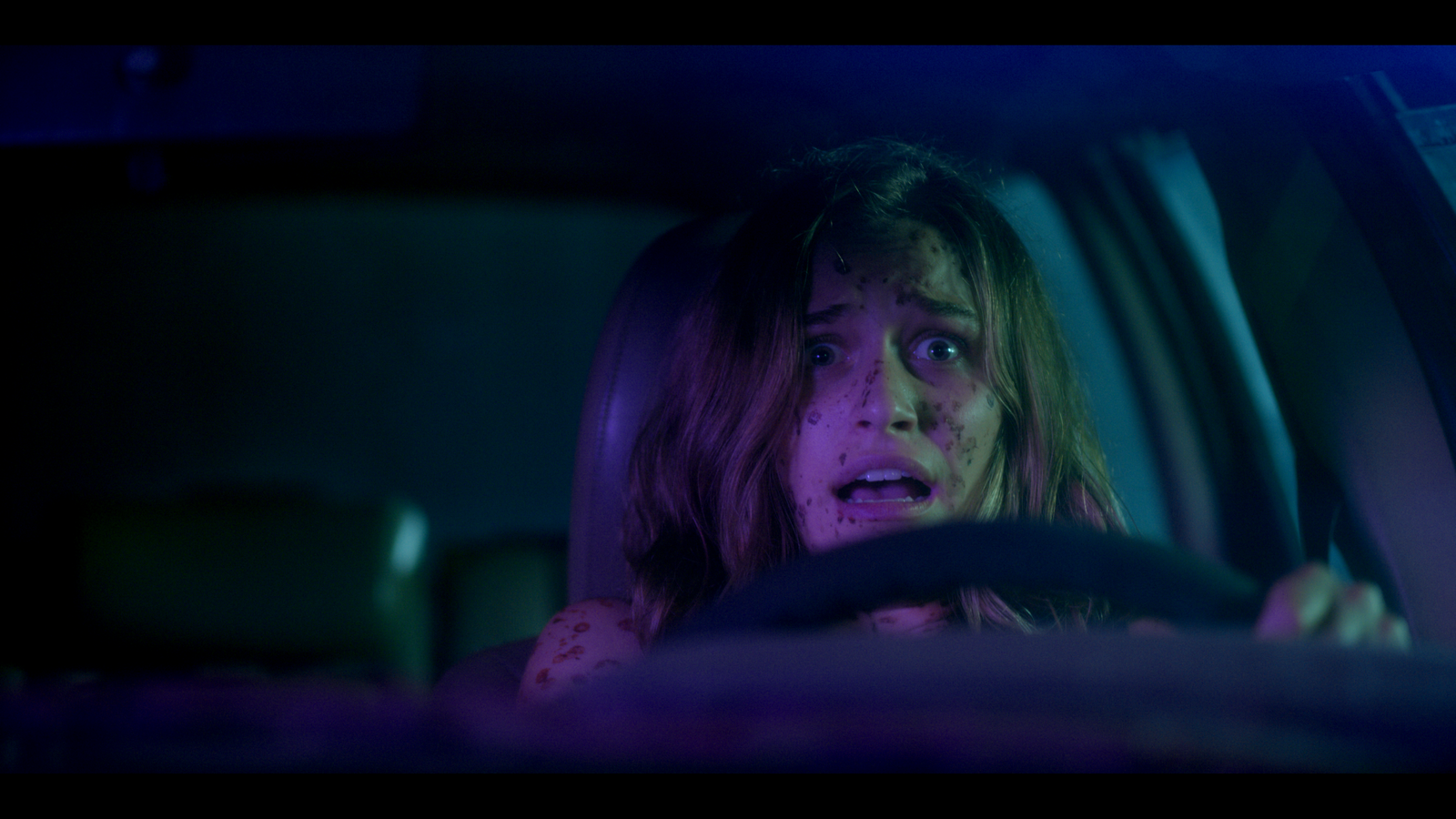 The lack of new releases is currently killing me. That’s not to say there aren’t “any” new films; as I am typing this you can go rent the new Judd Apatow movie for a low fee of $20. My issues more lie in the fact that the variety and the way they’re being handled leave much to be desired, losing any sense of the joy of going to a movie theater– something that is understandably shut down, yet stings all the same.

And while these big studios are hurting, it’s the indie filmmakers that are hurting even more. So in times like these, I think it’s important we focus and shine a light onto a community of filmmakers that deserve our support, including the makers of Shudder’s new original horror anthology flick, Scare Package.

Much like past anthologies, Scare Package is not only a collection of shorts, but also includes a story that binds the shorts together. These separated, long-form framing segments are collectively entitled Rad Chad’s Horror Emporium, Horror Hypothesis, directed by Scare Package creator Aaron B. Koontz. Broken into mini pieces, Horror Hypothesis stars Jeremy King as video store owner and horror nerd Chad Buckley as he tries to teach new hire Hawn (Hawn Tran) the ropes, and tropes, of horror. 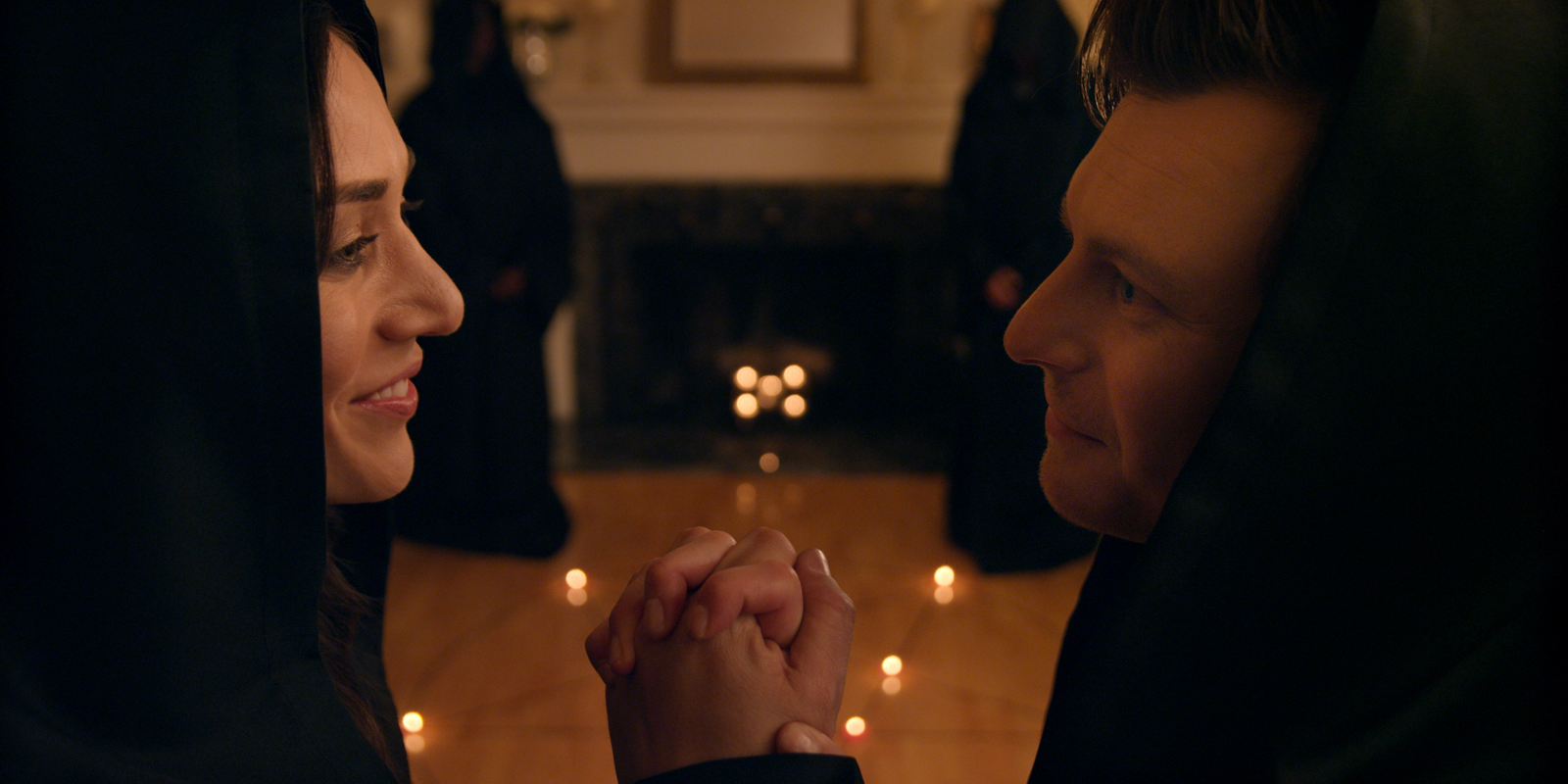 With a look only Joe Bob Briggs could appreciate and a personality somewhere in between Randy and Dewey from Scream, Chad flaunts his horror fandom as basic knowledge, perplexing and creating an evolving relationship with Hawn. The humor in these segments is reminiscent of workplace comedies, but they provide us a sense of guidance as we, the audience, travel from story to story.

And really that’s where the true fun is to be found: in the mini tales of terror Scare Package keeps company with. From director Emily Hagins’s insanely memorable opening, Cold Open, all the way to the well-paced and harsh look at the slasher icon, Anthony Cousins’s directed The Night He Came Back Again! Part IV: The Final Kill, Scare Package doesn’t hold back, and in turn leaves no genre untouched. Here we have slashers, creature features, possession, etc. Scare Package pulls no punches when it comes to parodying your favorite brand of scares.

Dissecting horror from the skin to the bone, Scare Package and its various creators break down the genre one by one, and in turn create great horror comedy along the way. Director Chris McInroy’s One Time in The Woods presents itself as a body horror flick on steroids, providing the best gore to be found in the film. With blood spewing out in timed formations and chunks of flesh peeling off the bone, it’s as if Cabin Fever decided to turn itself up to 11. Elsewhere, we have Courtney Andujar’s Girls’ Night Out Of Body, a supernatural-inspired comedy put through a giallo lens, creating a fine tone somewhere in-between Argento and Black Christmas. Not only does Scare Package break down the genre trope by trope, but it reflects on the social commentary horror exercises as well. This is where Noah Segan’s creature-feature short M.I.S.T.E.R. really stands out, a scathing and hilarious look into the lives of men with pent up toxic masculinity as it slowly, and violently, changes them into werewolves. It’s gory, effective, and funny as hell, highlighting the film’s ability to go past surface-level tropes.

At the end of the day, Scare Package isn’t trying to break new ground or condescend to the audience; it in fact doesn’t really care if you get anything out of it at all. It instead opts for an almost slacker-type vibe, as if you were enticed into a drunken conversation over horror movies by a belligerent freak, only for it to become a complete trip into a film geek’s brain. It’s a gory good time at the movies– what else is there to say?