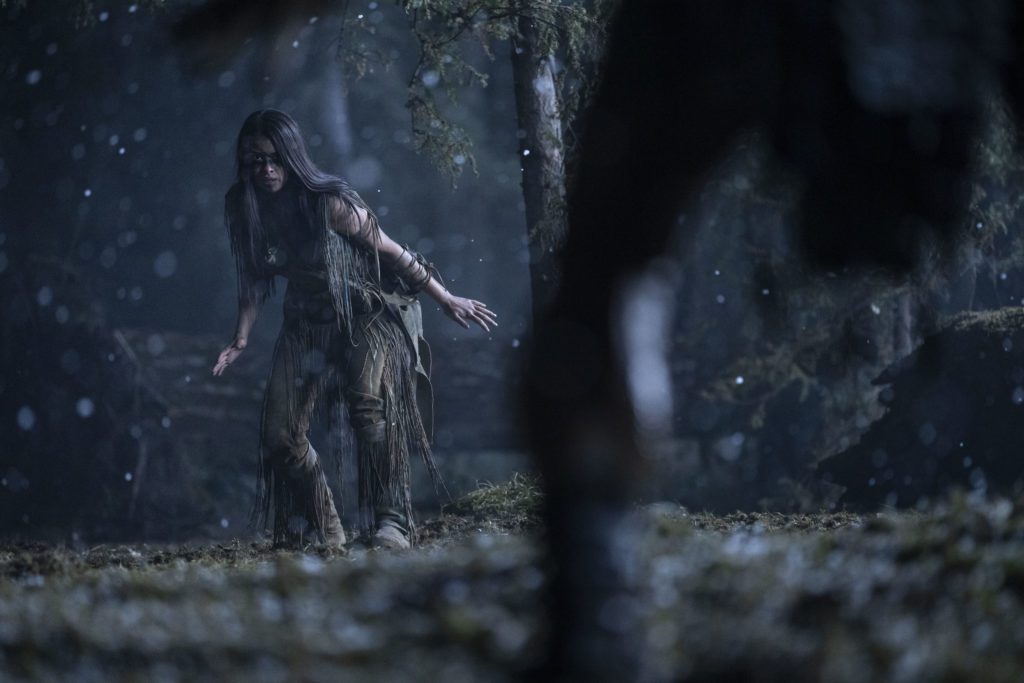 The year is 1719. Naru (Amber Midthunder) is a skilled Comanche warrior who wants to be trusted to hunt for her tribe on a greater scale. The men around her respect her prowess, but do not believe she is ready to face the kind of beasts that could fight back. Things start to change when Naru witnesses a strange creature start killing animals, taking their skulls and spines as trophies. This creature is working its way up the food chain, and human beings are next. Of course, this guy is a Predator, a member of an alien species that is entirely focused on hunting other species for sport, including mankind.

This masked hunter has featured in surprisingly few films compared to other cinematic monsters – this is only the fifth solo Predator film. There are also the two Alien vs. Predator films, but we choose to ignore those except for the greatest tagline of all time (“Whoever wins… we lose!”). The Predator will pop up every few years with a movie that’s not amazing, but solidly fun. 2018’s The Predator sounds like a mess, but no one saw it so it’s fine. Prey doesn’t go bigger; by design it is a back-to-basics, extremely “filmed during COVID” kind of movie. This is exactly what the franchise needs: one human warrior, one Predator, and tons of gnarly death.

My main concern for this film’s premise would be that, out of necessity, all of the deaths would be of Native Americans. While several of the young Native characters do meet a grisly end at the very large hands of the predator and his various space age weapons, the film smartly introduces a large group of ugly French fur trappers, ripe for slaughter. There’s little more satisfying than watching the Predator brutally bisect a bunch of French guys who have tied up Naru against her will, forcing her to witness the bloodbath. Each time Naru encounters the Predator, she learns something new: how his invisibility can be disrupted, what he’s looking for in his prey, even what really lurks under his ivory mask. As simple as it sounds, the Predator becomes the prey. And that’s all a film like this needs to be!

This is the part of the review where I lament that a very fun movie is stuck in streaming hell instead of getting a proper theatrical release. Why is this going straight to Hulu? Why isn’t this just a wide release in late August, where sunburnt teens can sit in the AC for a couple hours and see some heads get torn off of bodies? If Lionsgate could release Scary Stories to Tell in the Dark around this time before the pandemic, why couldn’t Disney and 20th Century do the same? The reason is probably related to Disney just dumping Fox films in general, but they still gave The Bob’s Burgers Movie a platform! Why not a Predator movie starring a great young Sioux actor? Prey is a great summer romp, and deserves to be treated as such.