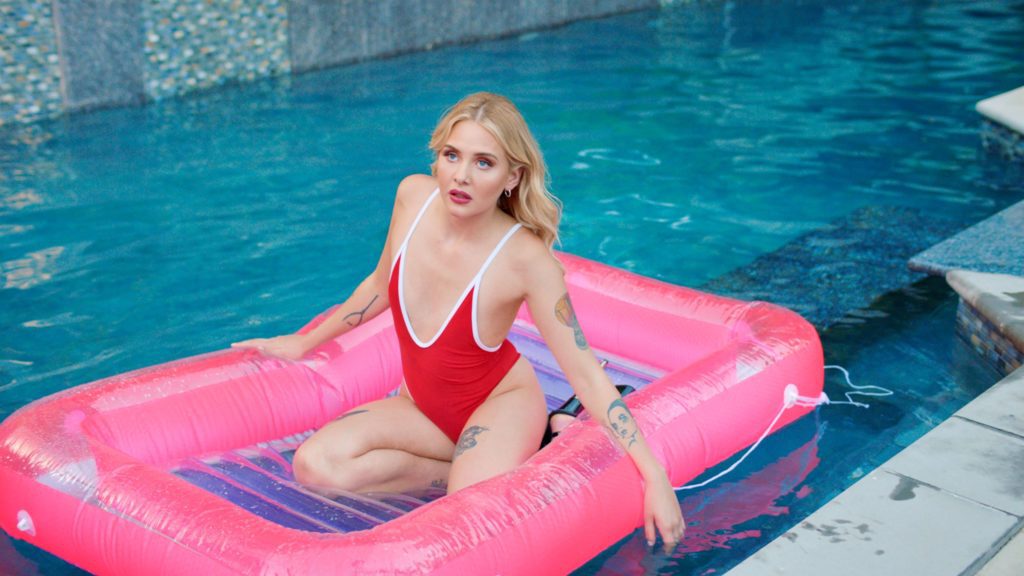 In 1955, Sweden became the first country to make sex education mandatory in public schools. In 2017, pop star Tove Lo made “disco tits” the ultimate pre-party anthem (if there was a Power Hour to getting ready, little can get both the sonic and the foundational beat going more than “I’m fully charged, nipples are hard”). These two  Swedish cultural moments on my radar felt like enough preparation for the sex-forwardness of Ninja Thyberg’s Pleasure. Bella Cherry (first-time actress Sofia Kappel) moves from Sweden to LA to become the next big porn star. There are no glamorous premonitions or talk of delusion — Bella’s impassive face and lack of affect give the impression that she can do it all. “Solo, boy-girl, girl-girl,” she rattles off to different heads, “I wanna  keep some cards up my sleeve for later.” Newcomer, but not naïve.

The next big porn star, as defined through envy from other actresses, is to become a Spiegler girl (of the real agent Mark Spiegler, whose facial giddiness errs closer to ordinary doofus than slimy). After being in the presence of current (albeit snobbish) it-girl Ava (Evelyn Claire), Bella is determined to rise from her current situation. She lives with three other burgeoning actresses, including loud-mouthed Joy (Revika Reustle — I can’t find where she’s from, but she does a great interpretation of the Florida girl), who helps her with her social media presence. Bella doesn’t speak much, but we can tell that she just wants to be big.

A question that I haven’t found the answer for is whether the relationship between the viewing experience of Pleasure and the deviance of your personal browser history is important. Personally, I didn’t find the film to be a litmus test of desensitization (in fact, I’d imagine Thyberg is assuming everyone is familiar with the all-white light flooding in the vaguely nice apartment set). It might challenge our interpretations of the porn industry, especially if we aren’t familiar with it. It seems to take place in the post-James Deen era, where I can recall as the closest thing to being in the pop culture spotlight (though it’s more recent, I can’t really remember how the Ron Jeremy accusations were taken). After severing ties with Deen, Kink.com had stated, “Consent and respect are sacrosanct.” 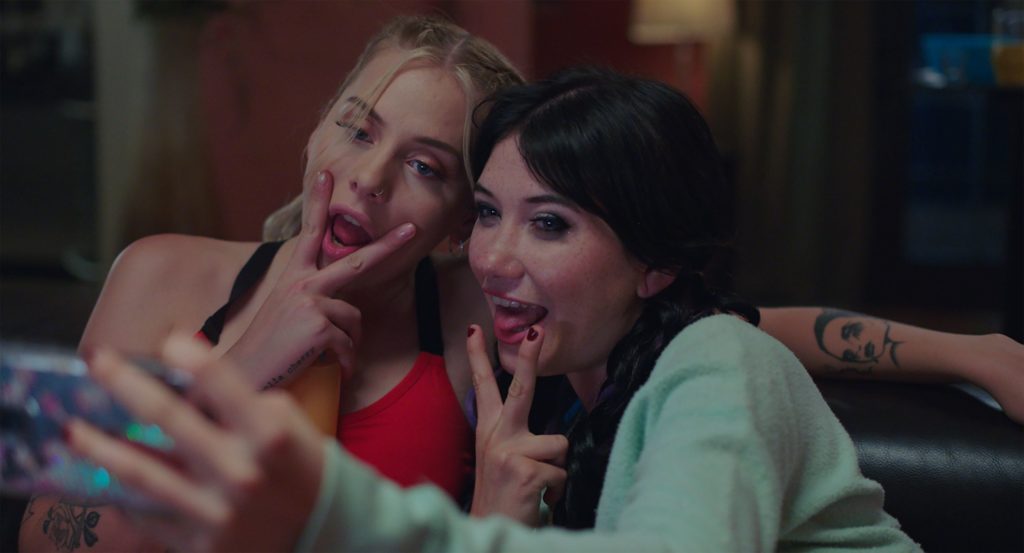 While I can confidently say consent wasn’t invented after Deen, Pleasure made sure to show that the community is paying attention in its appearance. Most of the men Bella encounters on set are presented as friendly, knowledgeable, and patient. While mostly done in the reflection of how progressive and professional the business is, this disarms the audience from thinking that men are going to ruin everything. As expected, they will, but it lets us hone our focus on Bella’s growth— or descent, as we watch the choices she makes in the name of fame.

Removed from the titillating plot, Bella’s characterization is compelling because we seem to think that we know her drive from the beginning. Instead, we learn about her in the same moments she learns about herself. In one of Pleasure‘s most uncomfortable scenes, she shoots a rough MMF scene with some physically domineering men. She asks to stop a couple of times, in which the men comply and comfort her with words of affirmation until she agrees to continue. However, at the climax, when she asks to stop filming, she is berated by the director/cameraman. Men presenting faux-sensitivity is unsurprising across any professional field, but Bella saying no marks an interesting divergence, even if it plays right into the anticipated “rise to fame” trajectory.

There are different things to pick from this film, which makes it more mentally provocative than visually (more Girlhood than Spring Breakers — or relevantly, more “Passion and Play Taste the Same When I’m Weak” than “disco tits”). The film finds its fun within the industry’s working ; the director tells a nervous Bella, “I kinda need you to be a little shy, it’s not like (you need to come in and say) ‘Gimme the dick!'” It shouldn’t be mistaken as a story of a sad Swedish girl in American showbiz. Without spoiling too much, the last shoot in the film is the craziest and best scene, partly because it’s presented under the guise that nothing crazy is happening. However, we can see it in Bella’s face and feel an unexpected sensation in this journey — goosebumps.