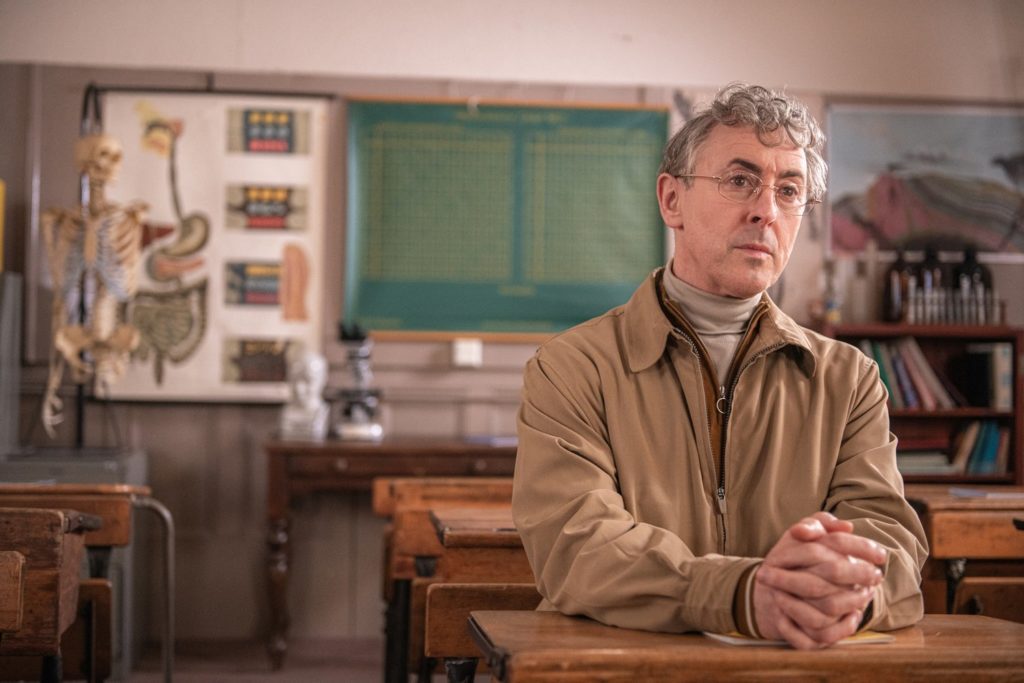 There is a genre of documentary which I call the “You Gotta Hear This.” Unlike historical documentaries (the importance of which is generally self-evident) or cinema verite (which follow their subjects in real time), the You Gotta Hear This movie is predicated simply on the pleasure of hearing a story which sounds too wild to be true– think Three Identical Strangers, or Errol Morris’s Tabloid. As a genre, the You Gotta Hear this has been stretched thin as of late, with great stories watered down to fill the binge quotas of the true crime podcast industrial complex. But when condensed to a tight feature length and told by the right director and interview subjects, the results can be undeniably compelling.

I don’t want to get into the details of the true story behind My Old School, Jono McLeod’s immensely entertaining (if occasionally indulgent) entry in the genre; like most similar films, much of the joy is in the unfolding. So here’s the gist: in 1995, a student named Brandon Lee enrolled in Glasgow’s prestigious Bearsden Academy. With his tall, lanky frame and distinctive Canadian accent, Lee cut a strange figure in the school’s hallowed halls, but his scholastic wizardry, preternaturally hip taste in music (particularly such ‘80s alternative bands as Orange Juice and Joy Division), and driver’s license quickly ingratiated him to his new classmates; by the time he was cast as the lead in the school’s production of South Pacific he was Big Man On Campus figuratively as well as literally. But following an incident while on spring break with the coolest girls in school, questions arise about Brandon’s true origins, and the students of Bearsden begin to realize that their new friend may be even stranger than he initially appeared.

Though I won’t divulge it here, I will say that the twist of My Old School is not particularly difficult to guess within the first ten minutes; the opening montage of contemporary newscasts all but spell out the scandal, and much of the first-act foreshadowing isn’t quite as subtle as one senses it thinks it is (though I will admit to being blindsided by at least one particularly sly touch). Fortunately, My Old School has more going for it than a mere puzzlebox narrative. McLeod, you see, was one of Brandon’s classmates at Bearsden, as are all of his interview subjects. The result is just as much a high school reunion gab session as it is a true crime expose, with the former school chums delighting in relating their strange, shared experience (it helps that most of the subjects are gifted raconteurs– and that the Scottish brogue lends itself to exasperated humor). The former students are delightful enough that it would likely make for entertaining cinema to hear them talk about anything; it’s a boon, then, that they happen to have a hell of a story to tell. They’re naturals. 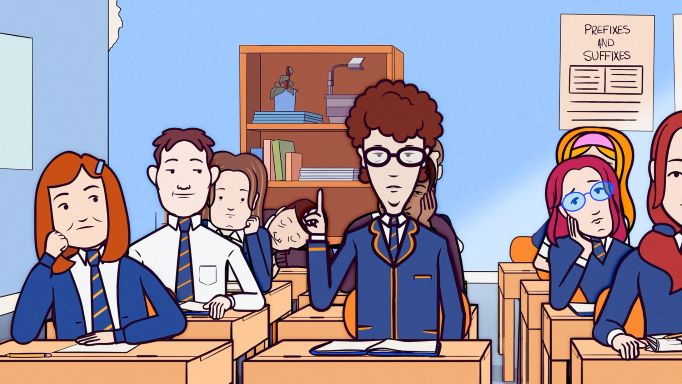 Apart from this one piece of trickery, My Old School is of course more straightforward than Welles’ notorious quasi-doc (if any of the other participants are lying, they never break character), but it plays with similar questions of what “truth” is. In one touching segment, a once-bullied student (surely not incidentally, the only Black student interviewed) testifies that his friendship with “Brandon Lee” helped set his life on track both socially and academically; when pressed on the implications, he pauses, and reflects, “Well, what is a person?” Later, Lee’s South Pacific co-star appears to have a major revelation on camera as she watches video of their stage kiss, simultaneously realizing that the reality of the performance differs from her memory and that there’s maybe an unseemly element to her favorite party story. Reality is a slippery beast, and by the end of the film it’s not entirely clear that we’ve caught it.

Like many You Gotta Hear This pictures, My Old School occasionally feels overly fluffy; the extensive cartoon reenactments, while cute, can’t help but feel chintzy compared to the gorgeous animation of Flee, and one can sense as the film goes on that McLeod is having so much fun reconnecting with his Academy friends that he lets the film’s momentum at times slip away from him (the ending, which features two separate curtain calls– first comparing the interview subjects with their school pictures, then with their animated avatars– feels like a long goodbye from a party guest who just won’t leave). But the film’s charm is undeniable, and in an age where the slightest of Wikipedia articles are artificially beefed up into bingeable streaming miniseries, its concentrated blast of feature-length energy is a breath of fresh air. Most importantly, it is a great story, and it is told by exactly the people who should be telling it. In short: you really do gotta hear this.