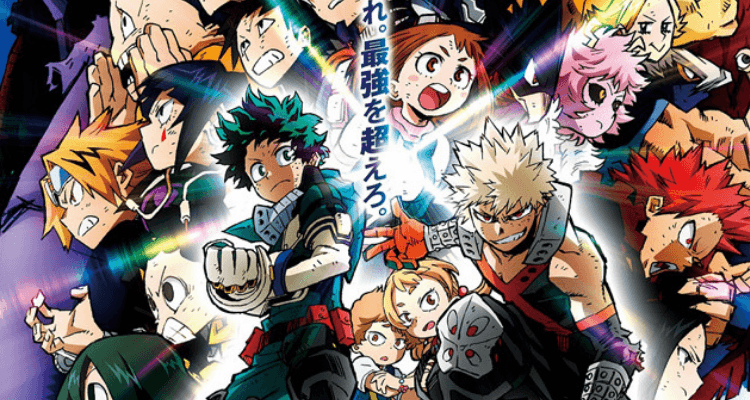 Though this is a somewhat reductive classification, it could be said that anime films come in two shapes: original films from visionary auteurs like Hayao Miyazaki and Satoshi Kon, and films based on long-running series that mostly exist as excuses to show our favorite heroes like Goku and Monkey D. Luffy in fun environments, facing challengers and meeting new characters. These films can reach artistic heights, like the recent Broly film, featuring some of the best animation the Dragon Ball series has ever seen. Others are mostly fan service with fun twists, like the recent One Piece Film Gold, which puts the Straw Hat Pirates in a casino heist. Unfortunately, most of these films seem to end up like My Hero Academia: Heroes Rising – a boring, uninspired feature length that doesn’t try anything new, nor does it give us anything interesting to look at. Even fans of the series might want to save their money.

The Shonen Jump series My Hero Academia, as the film reminds us early and often, is the story of a teenager named Deku who lives in a Japan full of super-powered individuals. Though he was born without a Quirk (the series’ term for abilities), he was gifted super strength by Japan’s number one hero All Might, who has chosen Deku as his successor. Deku attends UA high school for kids with quirks, and his class is filled with colorful characters, though Deku and hotheaded classmate Bakugo get the most focus in the film. Heroes Rising finds class 1-A on a remote island, helping the population with simple problems as hero training. It’s a simple way to get the kids on their own so the adults can’t stop the villains immediately, but the location is very generic.

A villainous crew crashes the party to steal a Quirk from a young boy, and Class 1-A must protect him until help arrives. There are fights, big speeches, emotional flashbacks, you name it – though these hardly add up to anything new. The only new plot device actually contradicts long-standing canon, frustratingly taking away from what should be an exciting final battle. The animation never goes beyond what the TV anime is capable of either. Overall, My Hero Academia: Heroes Rising is a boring feature from a series that is usually anything but. Fortunately the next season of the anime is currently airing, so fans won’t be without their favorite heroes if they skip this flop.