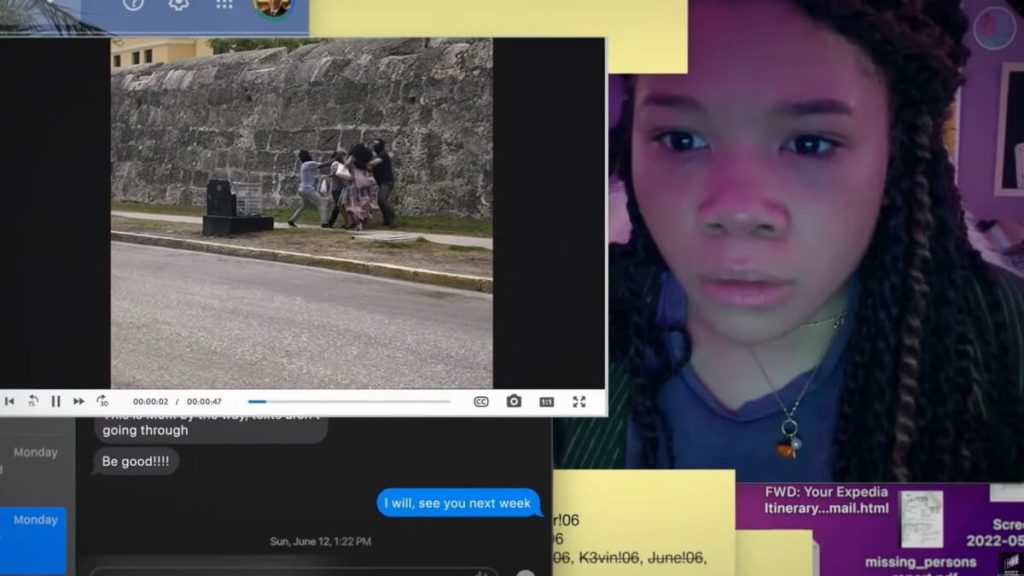 Screenlife is here to stay, thanks to Timur Bekmambetov. A Kazakh-Russian director and producer, Bekmambetov is responsible for what’s likely the most outstanding formal innovation in filmmaking in decades. Quite simply: he’s uncovered and propagandized a new way to present motion pictures—in which the viewer sees everything entirely through in-world (and thus, real-world) screens. Layers of artifice are stripped, the production design becomes 2D, and the mise-en-scene becomes redesigned. It’s a more advanced form of the same screen recording technology used by Twitch content creators and video game streamers reimagined as a new media for feature filmmaking. It’s one of the highlights of the digital revolution.

Beginning with Unfriended (2014, directed by the great Georgian filmmaker Levan Gabriadze, whose animated Rezo, about his puppeteer father, is one of my all-time favorites), as an executive producer and the founder of the Bazelevs production company, he has birthed every major screenlife film in some form or another. Unfriended, Searching (2018), Unfriended: Dark Web (2018), and Profile (2018), all bear his signature either as director, writer, producer, or a combination of the above. So does the Romeo and Juliet adaptation and the first non-suspense driven screenlife film R#J (2021) and the Russian language #Blue_Whale (2021), neither of which I’ve yet been able to catch. A few screenlife pictures pre-date 2014’s Unfriended and didn’t involve the Slavic director, so he didn’t “invent” the form. But he’s its undisputed biggest champion. If it’s a feature-length screenlife, Bekmambetov and Bazelevs are likely involved.

As an aside, he just sold Bazelevs in December but will continue his relations with the company, so the trend will in all likelihood continue for some time.

Beyond screenlife, he produced the GoPro first-person shooter Hardcore Henry (2015) and the unnerving 9 (2008), while directing the stylized Wanted (2008) and the Russian language sci-fi fantasies Night Watch (2004) and Day Watch (2005), in which he first teased signature digital techniques like screen capture and the use of consumer cameras. And, of course, he’s the man behind the adorably stupid and possibly sacrilegious Abraham Lincoln: Vampire Hunter (2012). The sum of his career might as well be a symbolic middle finger to the major constrictions generated by narrative feature film history—which is simultaneously his greatest boon and bane. He’s unconventional to the point of being unhinged.

Bekmambetov has pushed digital cinema to new territories. In the first few frames of Unfriended: Dark Web, a cursor floats around a Macbook login screen—as words as predictable as “password” appear one letter after another in the window. After a moment of apparent dissatisfaction with the sequences of letters, the cursor then circles around the username, a “?,” and, after a brief pause and more cursor circling, the “?” appears in the textbox and a new window appears—to the appeasement of the cursor. Blink and you miss it: it’s a reinvention of basic cinematic tools in the same suit as Eisenstein and Godard. That doesn’t mean Bekmambetov is as good of a filmmaker as either of them (though, on the record, I do think he is a damned great artist), but he pushes similar historically and technologically defined boundaries as they do.

Arguably, the last step screenlife has to take is proving it’s a viable and convincing manner to tell a broader range of stories outside of the horror and thriller genres, but Missing directors Will Merrick and Nick Johnson clearly leave that up to a later date. June Allen (Storm Reid) is a typically snotty tech-addicted teen, basically incapable of respecting her mother (​​Nia Long), who goes missing along with her boyfriend Kevin Lin (Ken Leung) on a trip to Columbia. June, equipped with her laptop and mediocre digital sleuthing skills for a digital native, must either find her mom or be prepared for the worst.

There are at least two scenes of absolute genius. In one, June talks with a manager at the Columbian hotel where her mom and Kevin stayed—neither person speaks the other’s language. In real-time, June translates key phrases from the hotel worker while inputting her own comments and questions into the app, for her to then repeat in hackneyed Spanish. With a word here and a word there, June begins to see a few warning signs about her mom’s stay in Columbia—but she lacks the ability to even express her anxieties to her conversation partner, creating a cinematic panic attack. The other scene occurs at the film’s climax. 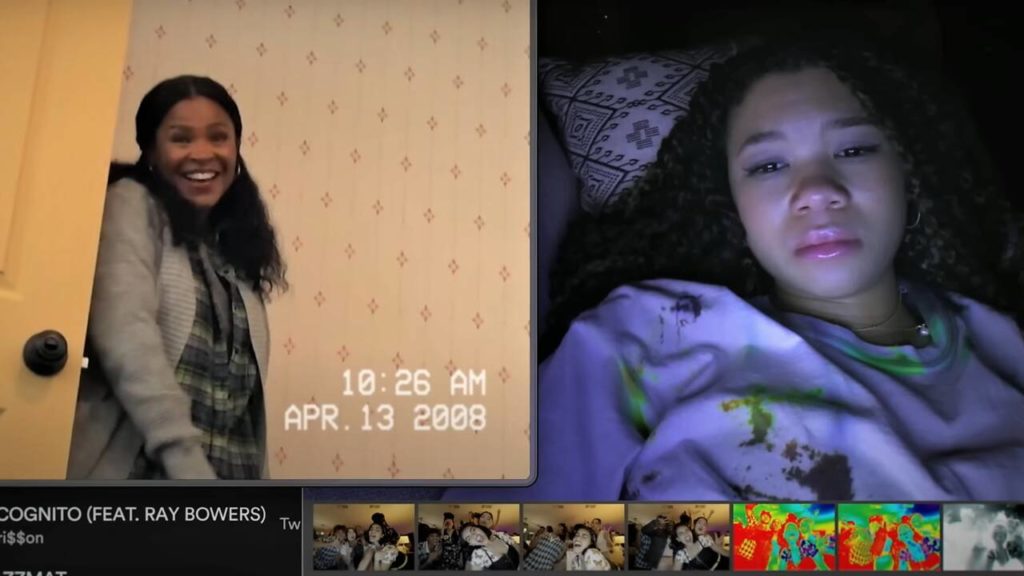 It’s not a perfect film, by any means. The screenplay is a little too twisty, testing the degree to which the audience will still buy into the whole thing; a single twist more and I think I would have turned on it too. And it reuses some of the same imagery from Searching a bit too frequently, even if this ultimately doesn’t ruin anything. That said, there are also some creative “firsts” here, including the use of a smartwatch and efficient (if tacky) late 2000s period-piece tech.

My favorite thing about these movies is that they’re made for the small screen in a way few movies have ever been intentionally designed. (I have a friend who watched the first Unfriended: Dark Web alone on a 17” Macbook Air at night and swears on John Carpenter that it was the scariest film-watching experience of his life.) Something about the small screen production encourages constant visual stimuli, not just entertaining the viewer but almost trapping them. The plebeian anxiety habits of the doomscroll are turned into a stylistic resource for new digital possibilities. Missing delivers here too. It’s so damn immersive it might as well be an endless Twitter thread on a late Sunday night.

Noticeably, Missing takes a few steps away from some of the “rules” of screenlife which Bekmambetov has laid out so many times before: it features original “conventional” filmmaking disguised through a screen recording of an open Netflix browser. June’s watching a Netflix crime show in at least 4k or better, though it was certainly shot with a real camera for the purpose of later streaming (rather than also being captured through screens or cameras attached to screens). Perhaps this is freedom taken on the initiative of Merrick and Johnson—or perhaps it’s a concession the producer no longer cares about, further freeing up filmmaking from all constraints. For a director who doesn’t seem to believe in very many constraints, it would be a bit ironic if he imposed them as a producer.

The major streamers—Netflix, Apple TV, HBO Max—could all use one or two more Missings and fewer mega-busters made for the revenue of a small country that will never receive an honest theatrical window to actually turn a profit. I mean, Searching made over $75 million on a budget of $850,000. How does that not scream MAKE MORE OF ME?

In theaters everywhere on January 20th (though, as always, the Hassle advocates seeking out the locally owned cinema of your choice).