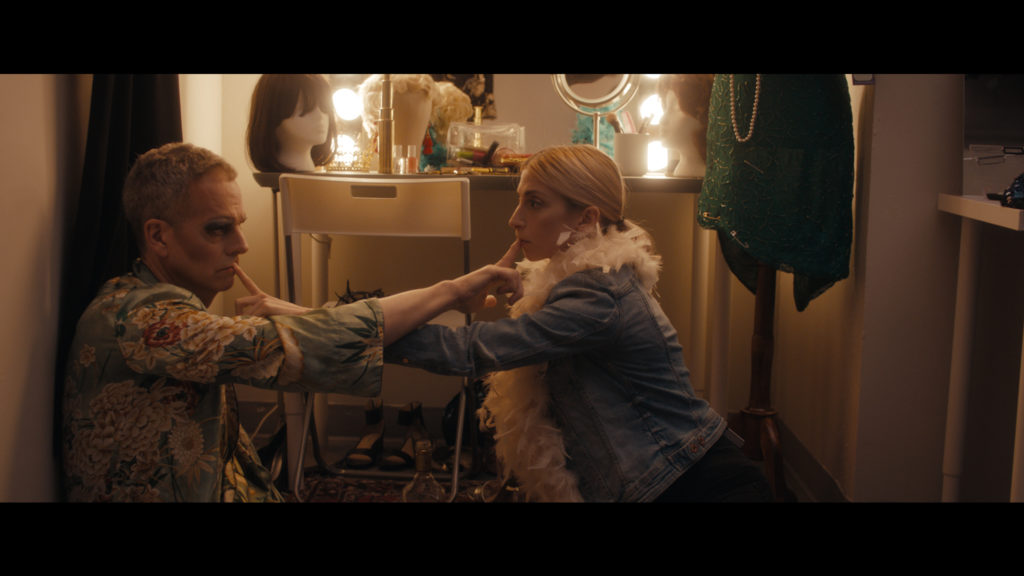 Those of us enlightened enough to watch TV Land’s Younger are already well-acquainted with the talent of Molly Bernard. Her character, Lauren, is a perpetually hip Manhattanite always on the cutting edge of New York’s hottest trends, breaking barriers and hatching schemes. In the first feature from director Morgan Ingari, Bernard plays a woman much like Lauren, but one starting to see the cracks in her defensive façade. Milkwater gives Bernard a breakout showcase, proving she doesn’t need to stand beside Hilary Duff to make an impression.

The latest in a seeming trend of surrogacy dramedies (The Surrogate last summer, Together Together mere weeks ago), Milkwater opens with our protagonist Milo (Bernard) at her best friend’s (Ava Eisenson) baby shower. Though she tries to feign excitement, it’s clear Milo feels her world changing and potentially leaving her behind. After another night on her own, Milo has a chance encounter with Roger (Patrick Breen) at a bar. He mentions offhand that he’s had trouble getting a surrogate to have his baby, and the wheels start turning in Milo’s head. A few drinks and a drag show later, Milo proposes that she get pregnant for Roger. Though initially reluctant, Roger agrees.

While Together Together plays with the melancholy of a surrogate-father relationship becoming a genuine friendship, Milkwater frames Milo’s decision as the latest in a long line of impulsive moves by a person scared of being left behind. Her friends know this is a bad idea, even if Milo just wants to do a nice thing. Breen plays Patrick with just enough desperation that you understand why he’d be this rash, though it makes his later attempts to distance from Milo seem crueler than they actually are.

Bernard’s inherent charm keeps the third act from feeling like a stalker thriller, but it’s still an uncomfortable climax until Milo comes to her senses. This is a story about ill-drawn boundaries, and though the script falters at times, we never lose sight of Milo’s anxieties. After this confident debut, I’m looking forward to what Ingari has in the works, especially if Bernard is along for the ride.