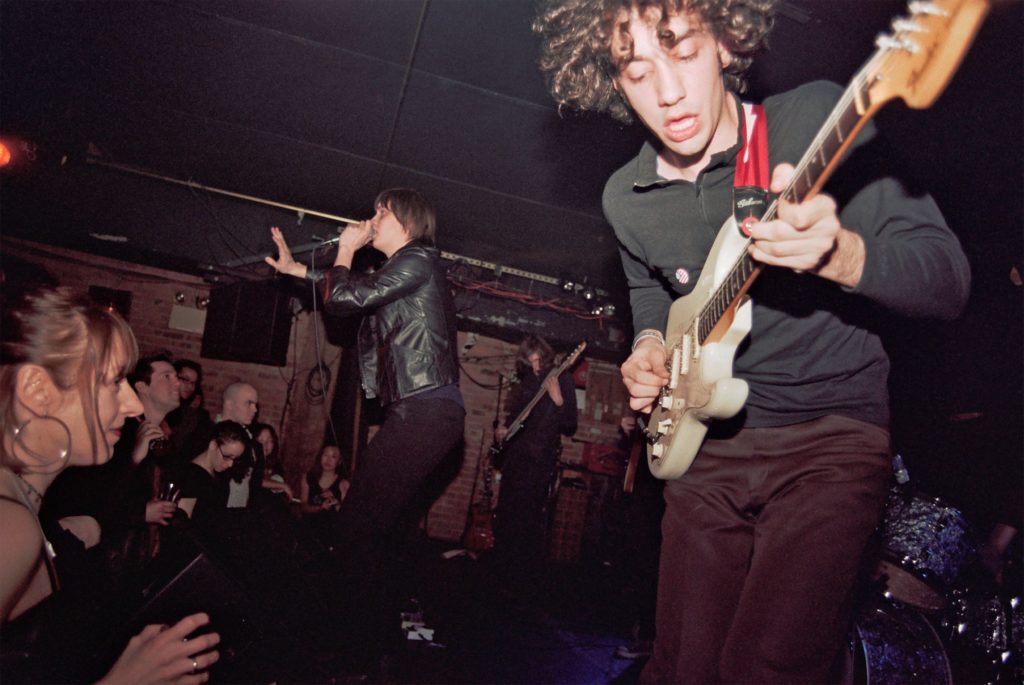 Millennials, being a cohort chronically inclined toward hairsplitting minutiae, are constantly demanding to be divided into increasingly tiny micro-generations to reflect their specific cultural experience: Geriatric Millennials, the Oregon Trail Generation, Xennials, and so forth. I’m generally inclined to view this line of thinking as pedantic navel-gazing– my sense is that “generations” are more or less made up to begin with– but there is one metric to which I hold firm: the tour on which one saw early 2000s garage revival band The Strokes. I was born in 1984, which means I saw them at the Pavillion on their breakthrough Is This It? tour; my wife is a couple of years younger, which places her squarely in Generation Room on Fire. Silly? Sure, but no sillier than any other generational dividing lines.

It does, however, speak to the band’s mammoth, if fleeting, popularity and importance. Arriving between the dismal rap-metal of the late ‘90s and the plastic ClearChannel pop of the mid ‘aughts to present, they represented a breath of fresh air– and, perhaps, the last gasp of organic “rock & roll” to break through to the mainstream maybe ever. But they weren’t alone; the Strokes sprung from a vibrant New York underground which also produced such diverse bands as the Yeah Yeah Yeahs, the Moldy Peaches, TV on the Radio, and LCD Soundsystem. This scene and the groups that it spawned are documented in Meet Me in the Bathroom, the new documentary by Dylan Southern and Will Lovelace (based on the book by Lizzy Goodman). Like its subjects, the film is agreeably scuzzy and occasionally unfocused, but it just might make you want to pick up a guitar and search for an abandoned loft in which to bash out some chords. 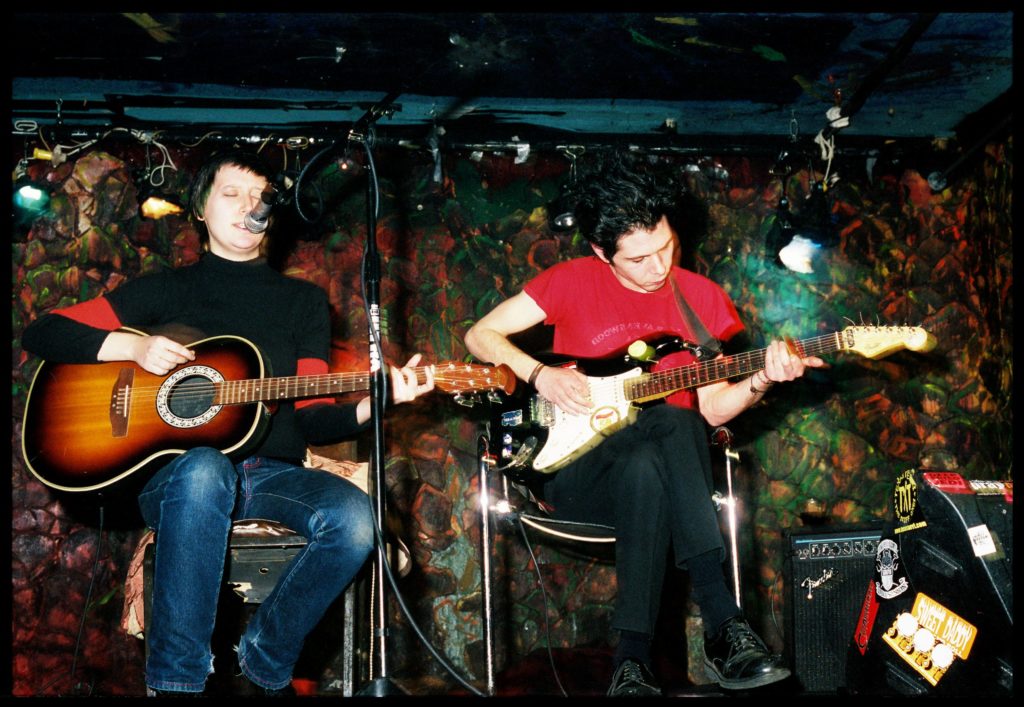 Bathroom chronicles this tight-knit yet sonically disparate musical community largely through grainy VHS home movie footage (all new interviews are presented in voiceover only, avoiding the classic rock-doc pitfall of suddenly seeing these fresh-faced innovators as leathery music-biz vets, even if these particular musicians aren’t that much older today). By focusing on these intimate period sources, one gets the sense of how intoxicating it must have been to have been a part of this moment. These were kids, for the most part, who happened to live in a time and place where their creativity could feed off of each others’– and when the world was hungry for the sounds they were making. Their success came on faster than many of them could process (the president of Rough Trade Records reportedly offered the Strokes a contract within hours of listening to their demo), but you can tell that they were all perfectly aware that they were part of something exciting.

The bands here are so diverse, and became so isolated within their own bubbles after getting signed, that Meet Me in the Bathroom occasionally feels like a few separate documentaries fused together; one can easily envision a standalone feature film devoted to the classic rise-and-fall story of the Strokes, or the pressures of fame and sexualized media attention that nearly broke Yeah Yeah Yeahs frontwoman Karen O, or the fraught relationship between LCD Soundsystem/DFA Records mastermind James Murphy and his semi-reluctant proteges, the dance-punk band The Rapture (Interpol receives a lot of screen time as well, but they are a band incapable of leaving an impression on me). Other bands receive something of a short shrift, such as TV on the Radio (who only appear for about five minutes, despite being one of the more interesting groups featured). The documentary format is perhaps less suited to the multi-band profile than the written word, and a narrower focus might have made for a more cinematic experience. 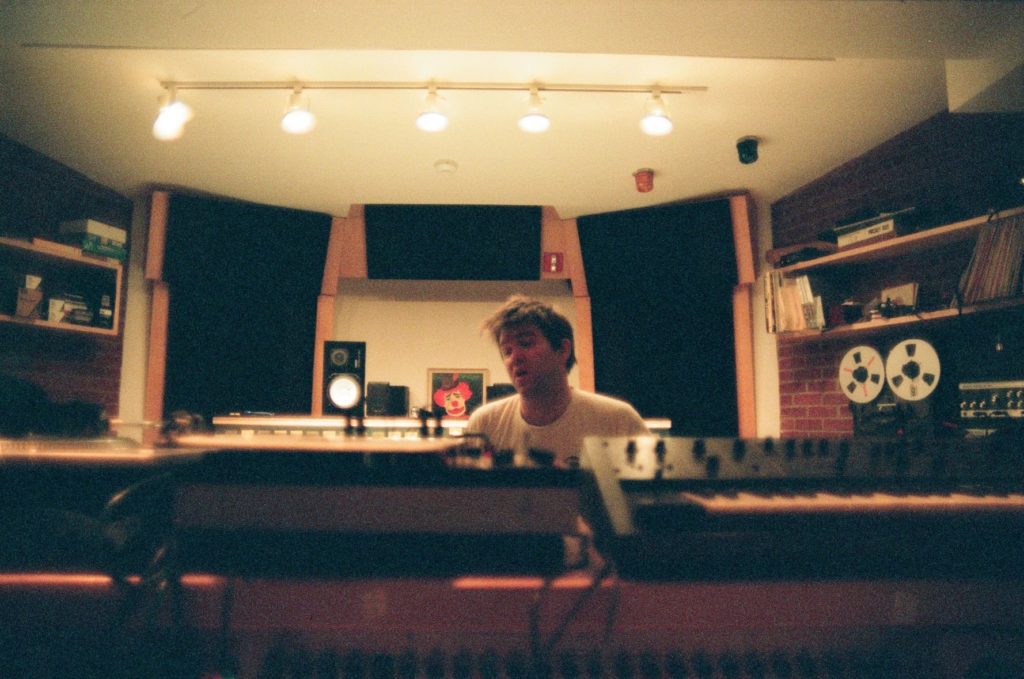 But this wider scope, paradoxically, is also Bathroom’s greatest strength. I was aware of all of these bands at the time, but I never really considered them part of a greater picture (if anything, I associated the Strokes with the “The” bands– The Hives, The Vines, The White Stripes). Meet Me in the Bathroom is a snapshot of an overlooked hotbed of creativity that even those who experienced it vicariously might not have been fully aware of. I’m a card-carrying reformed record store snob (the character in LCD Soundsystem’s “Losing My Edge” isn’t a huge exaggeration), but even I learned something, and walked away with a greater understanding of music I already enjoyed a great deal. It made me plunk down for a used copy of the Rapture’s Echoes, which I suppose alone makes the film a resounding success.

Of course, there is a wistful element to Meet Me in the Bathroom as well. The events portrayed in the film weren’t that long ago (at least they don’t seem that way to me, a Geriatric Oregon Trail/Is This It? Millennial), but they already seem impossibly ancient. The Williamsburg lofts to which these musicians decamped are now luxury condos and AirBnBs. Economic realities make it harder and harder to devote oneself to music between jobs (and where would you practice if you could?). The all-seeing algorithm makes it all but impossible for a truly independent rock band to break through, and nobody’s living the rockstar lifestyle off Spotify royalties. And yet, despite all of this, it’s impossible to watch Meet Me in the Bathroom and not want to pick up an instrument, call up three or four of your most creative friends, and make some noise well past midnight. As long as there are headstrong kids who think they can be rock stars, scenes like the one in early-’00s New York will continue to pop up.

Meet Me in the Bathroom
2022
dir. Dylan Southern and Will Lovelace
105 min.

Tags: Brattle Theatre, Dylan Southern, Interpol, LCD Soundsystem, Meet Me in the Bathroom, The Moldy Peaches, The Rapture, the strokes, TV on the Radio, Will Lovelace, Yeah Yeah Yeahs