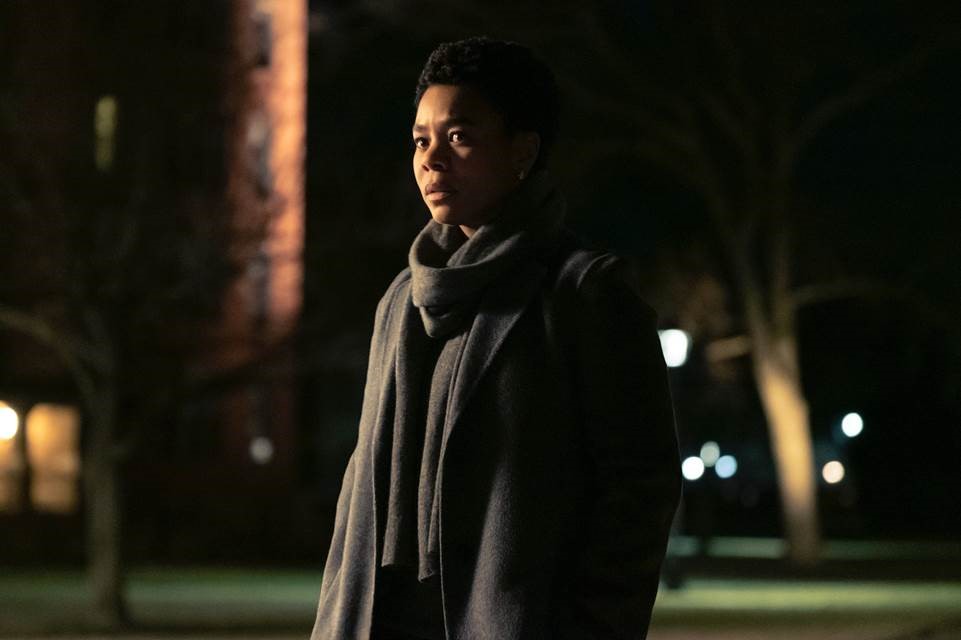 Ever since it was coined, horror movie fans have bristled at the term “elevated horror.” This is, of course, understandable– is horror implicitly “beneath” other genres?– but it nevertheless has become an essential tool in the critical lexicon. I’ve been a fan of horror for as long as I’ve been interested in movies, but there was something special about the wave of serious-minded, critically acclaimed horror films of the 2010s– your Get Outs, your Hereditaries, your It Followses– especially in comparison to the majority of the genre’s offerings in the preceding decade. Horror is just as valid a genre as any other, but given its batting average in the 2000s, one could be forgiven for taking pains to differentiate the good stuff.

All that being said, I think the time may have come to finally put “elevated horror” to bed for good. It Follows was released eight years ago, which is an eternity in genre terms (for perspective, that’s the timespan between Friday the 13th and Friday the 13th Part VII: The New Blood). Critically acclaimed horror movies are no longer the novelty that they were a decade ago; even such venerable slasher franchises as Halloween and Saw have reinvented themselves with a veneer of prestige. If everything is elevated, is anything?

All of this brings us to Master, the feature debut from director Mariama Diallo. There’s a lot to recommend in this film, but it feels unfocused, as if it’s attempting to fit in as many ideas as possible without ever fully committing to any of them. In its effort to say something, I was ultimately unsure what it was trying to say.

Master follows two outsiders trying to crack into the tawny Ancaster College (a fictional Massachusetts institution; roughly speaking, I’d say it’s Wellesley). Professor Gail Bishop (Regina Hall) is the school’s first Black master, with all of the awkward glances and faculty meeting “what do you think”s that that implies. Jasmine (Zoe Renee), meanwhile, is an incoming freshman– a rare face of color, despite having been valedictorian at her posh west coast high school. Jasmine’s pariah status is amplified when she is assigned to the obligatory Haunted Room 302, whose occupants are said to be cursed by woman who was hanged for witchcraft in colonial Ancaster, or perhaps by the ghost of a Black student who had been driven to suicide in the ‘60s. Sure enough, Jasmine finds herself haunted by unnerving dreams and unexplained scratch marks. Gail, meanwhile, finds her on-campus housing unit prone to writhing maggots and a persistent, inexplicable ringing bell. Their paths cross when Jasmine files a dispute over a failing grade against English professor Liv Beckman (Amber Gray), one of the only other Black faculty members and Gail’s closest confidant. But the more Gail learns of Jasmine’s situation, the more she fears that more may be going on than meets the eye. 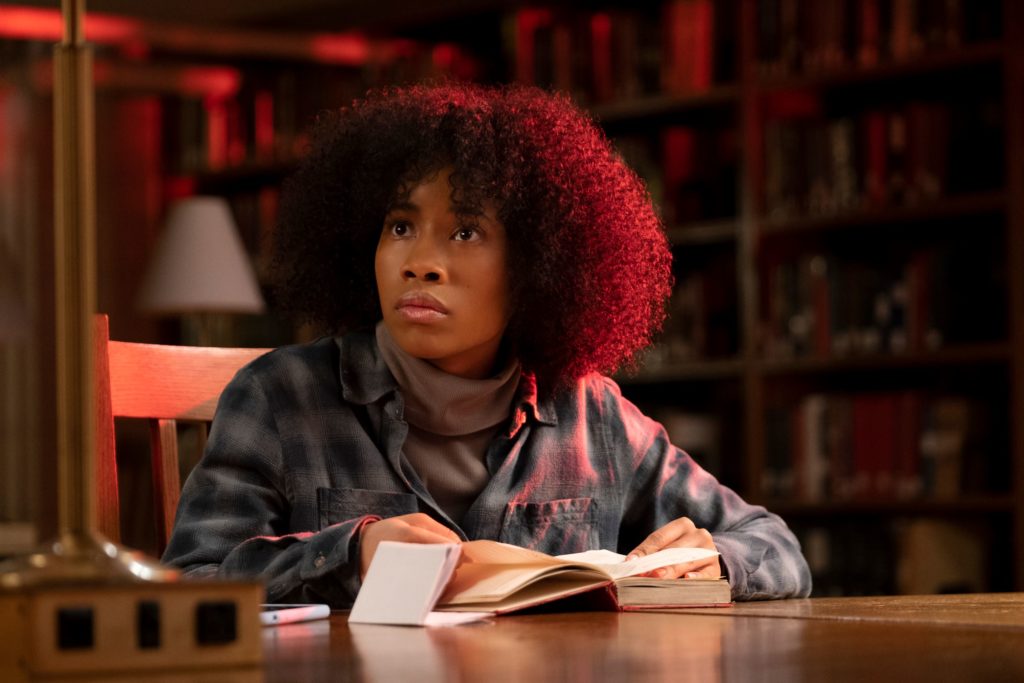 In many ways, Master is a fine film. The performances are uniformly excellent, particularly Hall as a woman who clearly has decades of experience in playing her cards close to her chest. Diallo is clearly working from a place of personal experience, her screenplay filled with keenly observed microagressions and bits of too-real cringe dramedy. This is, for better or for worse, a timely film; some plot developments are ripped from the headlines, while others are sadly timeless. One only needs to watch a few minutes of Master to know that it has Something to Say.

The problem, though, is that it has too much to say, and seems to have trouble deciding where to place its focus. Its dual hauntings feel strangely disparate; I kept waiting for the moment the hauntings in Gail and Jasmine’s homes tied together, but they never really did. A sect of neo-puritans living on the outskirts of town, who eventually prove crucial to the plot, aren’t so much as mentioned until around the halfway point. The film’s most daring story move and most intriguing twist (neither of which, obviously, I’m going to describe here) are both saved until the film’s final act, at which point we are barely given time to absorb them before the abrupt ending. There are plenty of great ideas here, but there are so many ideas that they barely give each other room to breathe.

The grand idea, of course, is that the horrors of Ancaster college are a metaphor for the obstacles and inequities faced by people of color when they enter majority-white institutions. But metaphors are easily diluted, and without a single, unifying hook, the message gets muddled. The best social thrillers– Get Out, of course, and any number of classic Twilight Zone episodes– pack a wallop by taking familiar genre beats and bending them around a devilishly satirical framework. I do give Diallo credit for leaving in some ambiguity– as with the racial demons they’re meant to represent, there is no easy fix for these hauntings– but the elements never quite gel, and I was never quite as sold as I wanted to be.

Of course, Master leaves the door open as to whether this is actually a ghost story at all; at one point toward the end, Gail essentially reads out the film’s mission statement by telling Jasmine, “It’s not ghosts. It’s not the supernatural. It’s America.” But one can’t help but sense some hesitancy, as if the film needed to maintain its genre elements in order to be deemed marketable (I’m reminded of the old Roger Corman Poe films, where Vincent Price would be made to yell something like “This house is alive!” so that they could be sold as drive-in monster movies). Perhaps this, then, will be the end of Elevated Horror: the moment when glossy production values and important social messages feel less like the work of idiosyncratic genre mavericks and more like bullet points to be checked by cynical producers. Master is a well-crafted film, I’ll be interested to see what Diallo does next. But perhaps this is a case of a film which could stand to be de-elevated a couple of floors.