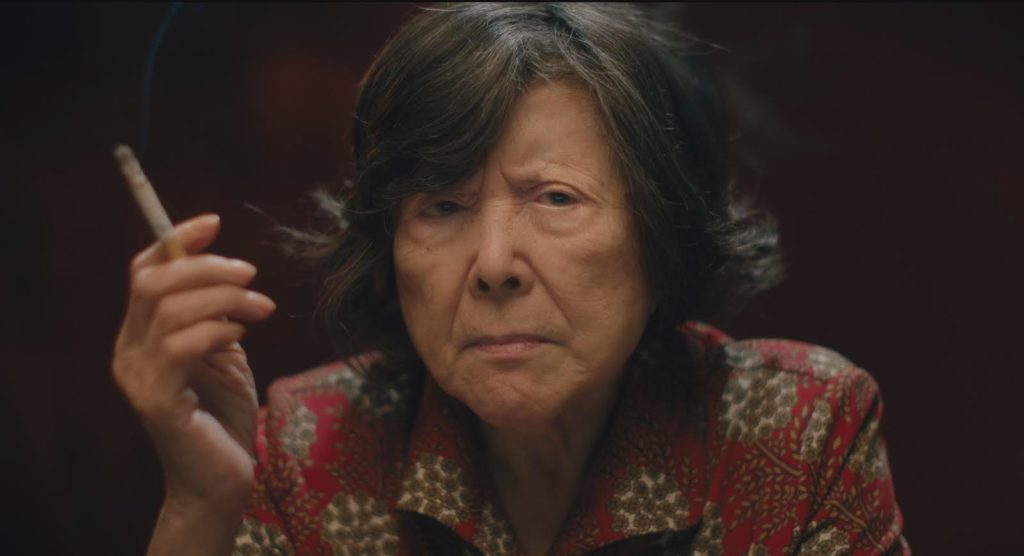 There is a particular strain of comedy that Hollywood returns to every so often: a handful of senior citizens, played by well-known stars from eras past, get together to pull off one last crime and/or night of debauchery. These films are generally agreeable enough as an opportunity to see some old favorites act young again (give or take a Viagra joke). But as prolific as this subgenre is, it’s strangely limited: usually male (save Grace and Frankie), primarily white (except for Morgan Freeman, who pops up in at least two entries), and often blithely affluent. By the numbers, Lucky Grandma, the feature debut from director Sasie Sealy, could scan as an entry in this canon. In the details, however, it couldn’t be more different: its lead is a Chinese American woman, its concerns are distinctly working class, and its star is a legendary character actress rather than a traditional lead. Most crucially, where its counterparts tend to be breezy and lackadaisical, Lucky Grandma is wonderfully, cracklingly alive.

The Grandma of the title is Mrs. Wong (Tsai Chin), an elderly widow living alone in New York’s Chinatown. Her grown son wants her to move in with him and his family, but Grandma Wong is stubborn: she likes her little apartment, and her fortune tells her she’s bound for good luck, which she seeks on regular bus trips to Foxwoods. One night, that luck comes– not at the casino, where she busts hard, but on the bus home, as her high rolling seatmate quietly dies in his sleep. Sensing an opportunity, Grandma Wong swaps bags with the stranger, reasoning that he won’t be spending it anytime soon, and anyway fate’s fate. Unfortunately, folks tend to notice when a million dollars go missing, and soon Grandma Wong finds herself visited by low-level thugs from the Red Dragon clan. Undeterred, Wong uses her newfound wealth to hire some gangland protection of her own. Needless to say, this only exacerbates the situation, and soon Wong finds herself spiraling into a web of intrigue and violence– all while still babysitting her grandson and attending her daily water aerobics.

Perhaps the most endearing thing about Lucky Grandma is that, outside of her instigating transgression, Grandma Wong (who is universally addressed as such, even by career criminals) never exactly breaks bad, so much as extends her blunt, no-nonsense approach to life to increasingly extreme situations. There’s no moment of reckoning, for example, when she ventures into a seedy alleyway to hire an illegal bodyguard; she simply reckons that it’s the sensible thing to do, and does it (while taking the time to haggle down the price a few thousand dollars). Likewise, the closer the underworld drifts into her orbit, the more it starts to bend to her will. While bodyguard Big Pong (a scene-stealing Hsiao-Yuan Ha) first views his assignment with confused detachment, the two quickly strike up an amusing friendship, eating home-cooked noodles and bonding over Cantonese soap operas. As her long-suffering son has known for years, Grandma Wong will live her life the way she wants, and everyone else will simply have to deal with that. 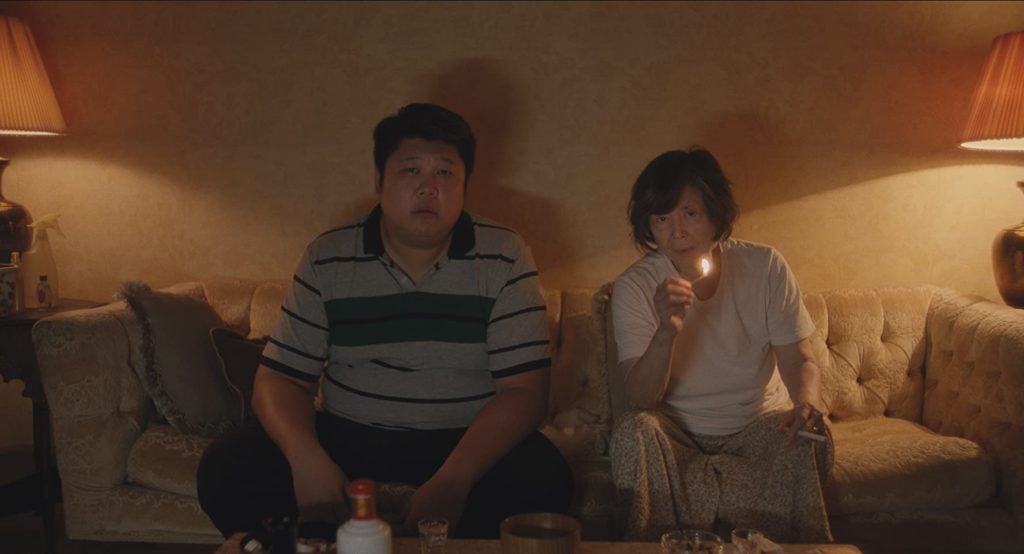 It helps that she’s been perfectly cast. Tsai Chin is probably best known to contemporary American audiences as Lindo from The Joy Luck Club, but she’s led a truly formidable career: she was the first Asian Bond girl in You Only Live Twice (and pops up again forty years later in Casino Royale), she starred opposite Christopher Lee in a string of Fu Manchu films, and she even provided the voice of Tokyo Rose in The Bridge on the River Kwai. As Grandma Wong, Chin perfectly embodies a particular archetype of tough-as-nails nainai. But she also brings a remarkable depth to a character who deliberately hides her emotions. Much of Lucky Grandma’s running time is devoted to head-on close-ups of Chin’s scowl, an ever-present cigarette dangling from her lip. But we get to know her well enough to read the inflections in that frown: when it masks the aching disappointment of her twilight years, when she’s secretly scared for the safety of her family, or when she legitimately is simply stubborn and annoyed. It’s always a treat when a beloved character actor lands a long-overdue lead role; it’s a revelation when that role turns out to be one of the most realized and entertaining characters of the year.

Credit is due to director Sasie Sealy, who keeps the proceedings moving at a propulsive, staccato pace. Like Grandma Wong herself, Sealy knows exactly what she needs from each scene and gets it, achieving maximum humor and/or tension through quick cuts and close-ups. She also clearly has great affection for her locations and characters; even the smaller roles, such as Grandma Wong’s bored grandchildren or the unhinged hitmen on her trail, are fully realized and delightful. Sealy is an award-winning director of short films, television, and commercials (including an acclaimed American Girl story which has been featured in our own Cinema Quarantino series), but this is her feature debut. With any luck, it will find its audience and serve as a springboard to further projects; I’ll be very curious to see where she goes from here.

To be sure, Lucky Grandma is a slight film; its tale of gangland intrigue gets a little muddled toward the end, and there are moments that expose the difficulties of shooting an action sequence with an 83-year-old lead. But it’s also a pure delight, a wonderfully silly crime film and a showcase for an overlooked treasure of a talent. As I’ve mused in this space before, the dearth of mainstream Hollywood product being released during this crisis provides an opportunity for smaller independent films to receive the oxygen they so richly deserve. Here’s hoping Lucky Grandma grows into an unlikely sleeper hit.