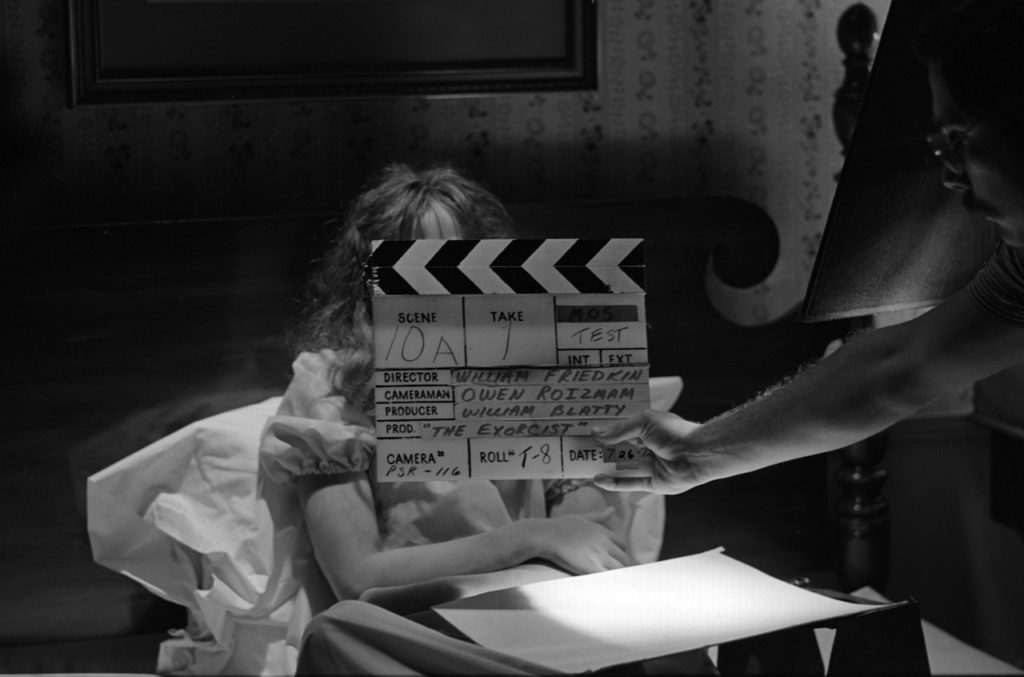 Long before streaming, there was a brief moment when commentary tracks looked to be the wave of the future. In the early 2000s, when DVD producers still needed to entice consumers to abandon their VCRs, commentaries were among the cheapest and most exciting of special features: simply plop the director or stars on a sofa, set up a microphone in front of them, and invite them to yammer for an hour and a half. These tracks, at the time, seemed so ubiquitous as to be taken for granted, but in retrospect they were kind of amazing: you could walk into Circuit City and purchase a disc with, say, Roger Corman giving an exhaustive oral history of The Fall of the House of Usher, or Bruce Campbell and Sam Raimi joking around while revisiting Evil Dead 2. Today, thanks in part to the decline of physical media and in part to the decline of the American attention span, commentary tracks have been largely abandoned by all but the most hardcore boutique blu-ray labels, but there remains an undeniable pleasure in listening to a filmmaker speak, uninterrupted and at length, about a single work.

In many ways, the new documentary Leap of Faith feels like a revival of the commentary track. Director Alexandre O. Philippe deploys film clips and behind-the-scenes photos where appropriate, and occasionally overlays a light, unobtrusive score, but that’s about it as far as bells and whistles go. For nearly two hours, you are simply sitting in the living room of filmmaker William Friedkin, listening to him recall and expound upon the making of his 1973 horror classic The Exorcist. The result is perhaps slight, and certainly not designed for non-fans, but it’s also enormously compelling and entertaining.

Some helpful context: Friedkin was, along with such luminaries as Coppola, Scorsese, and Altman, one of the brightest lights of the so-called “Hollywood New Wave,” the up-and-coming film school brats who upended (and saved) the studio system by turning out one adventurous masterpiece after another.  In 1971, Friedkin directed The French Connection, the landmark morally-ambiguous-cop drama which netted him a Best Director Oscar, along with statues for Best Picture, Adapted Screenplay, Editing, and Best Actor for Gene Hackman. Sitting at the top of the world with the freedom to make any picture he wanted, Friedkin chose to adapt The Exorcist, William Peter Blatty’s bestselling novel about a teenage girl possessed by the devil*. As production wore on, rumors started circulating (likely fanned by Friedkin himself) of mysterious accidents and the so-called evil nature of the film itself, building it into a word-of-mouth smash before it even opened. Today, The Exorcist regularly tops “Best Horror Films of All Time” lists, and, adjusted for inflation, currently stands as the ninth highest grossing movie in history. 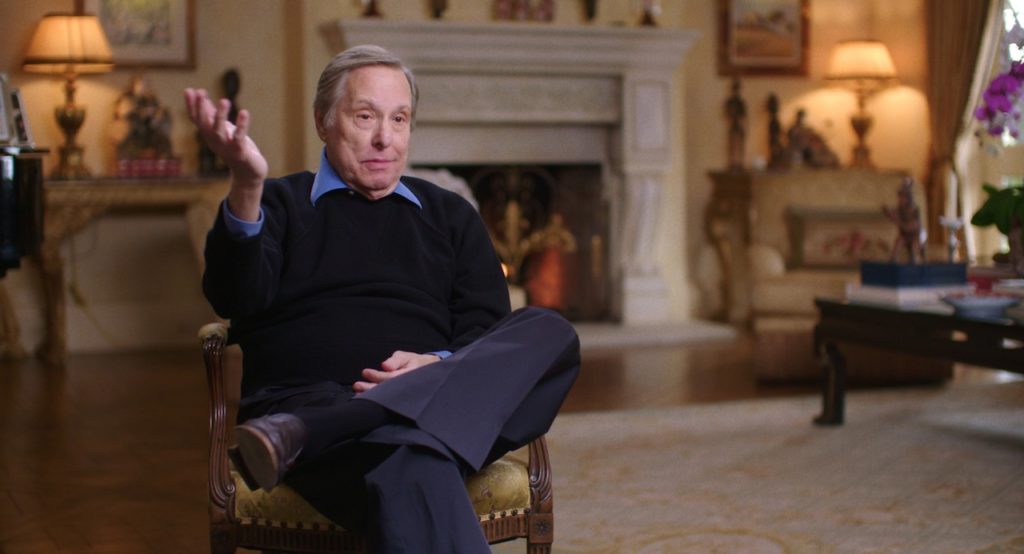 As anyone who’s up on their Hollywood history (or has at least read Easy Riders, Raging Bulls) can tell you, William Friedkin is kind of an ass. Like many of his contemporaries, Friedkin let his hotshot enfant terrible status go to his head, and even though his career never quite recovered from the auteurist bust in the late 1970s, he has remained one of Hollywood’s most reliably self-aggrandizing cranks. This might sound like a knock, but Friedkin’s pomposity is actually Leap of Faith’s greatest asset. Holding court on his masterpiece allows us to experience this raconteur at his most colorful. Sure, he’s full of himself, but wouldn’t you be if you made the goddamn Exorcist?

It also helps that he has no shortage of stories to tell. Friedkin by and large avoids the various apocrypha associated with the film’s production (for that you can watch Cursed Films, also on Shudder), instead focusing on the actual process of bringing the story to the screen. Friedkin tells some stories I hadn’t heard before (I had no idea that Blatty had offered to forfeit his salary if Friedkin agreed to let him play Father Karras, nor that Stacy Keach had actually been cast in the role before Friedkin discovered Jason Miller on stage in New York). Other stories feel almost too good to be true, as when Max Von Sydow insisted that he couldn’t bring proper emotion to Father Merrin’s exhortations because “I simply don’t believe in God.” Remarkably for such a formally controlled film, Friedkin reveals that many of the most striking shots were conceived on the fly. “I’m more interested in spontaneity than perfection,” Friedkin muses, and whether or not you fully believe that (it’s tough to imagine a notorious control freak like Friedkin being too loosey-goosey on set), it does provide a different way of looking at a film you may have seen a million times. 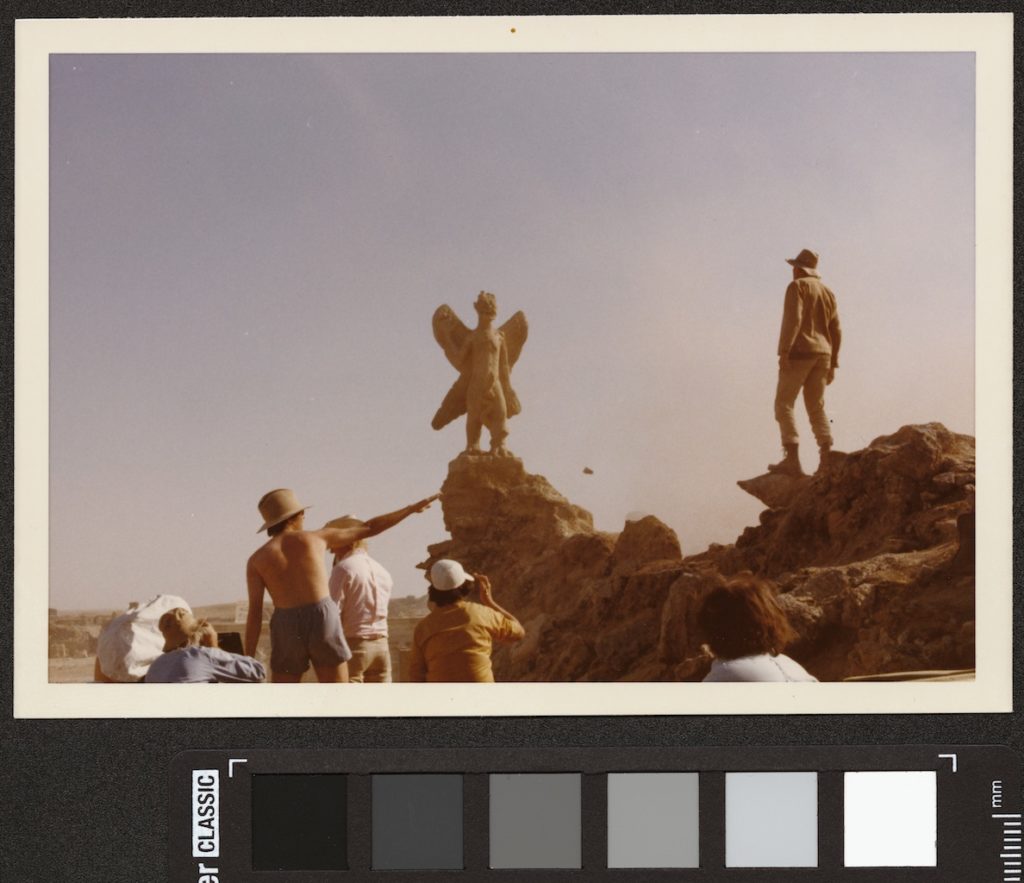 It should go without saying that your enjoyment of Leap of Faith will likely be directly proportional to your investment in The Exorcist— which, if you have a Shudder subscription, it’s probably safe to say is pretty high. It will also probably hinge on your tolerance for Friedkin, whose bad-boy theatrics (such as his much-publicized habit of randomly firing a gun on set) come off a little less cute in today’s cultural landscape than they once did. Yet there’s something undeniably entertaining about listening to such a larger-than-life figure given the space to unspool uninterrupted. William Friedkin might not be quite as great as William Friedkin thinks he is, but he is pretty damn great, and has crafted at least a couple of films which will be remembered long after he’s gone (even his post-peak career is more solid than many of his peers– see 1985’s post-Scarface gangster classic To Live and Die in LA, or his terrific late-career Tracy Letts adaptations Killer Joe and Bug).

What’s more, he’s 85 years old. Warts and all, Friedkin and his cohort represent a truly special moment in cinematic history, and they won’t be around forever to tell their tales. The Easy Riders, Raging Bulls wave is now just as distant as the days of Howard Hawks and John Ford were when they came to power. Apart from their movies, one of the coolest things about the film brats of the ‘70s is the way they sought out and revered their forebears, many of whom had been discarded by the studio system after one commercial misstep too many (sound familiar?). One of the most fascinating clips in Leap of Faith is an interview Friedkin conducted with the great Fritz Lang shortly before the elder filmmaker’s death. That Friedkin seems to be comparing himself to Lang is typically immodest; that he’s now being afforded the same space for reappraisal is actually pretty damn touching.

*- This film works under the assumption that the viewer has already seen The Exorcist. I’m not sure why one would seek out Leap of Faith, or read this review, without having seen the film which it’s about, but I should probably warn you that spoilers abound. And, I mean, you really ought to see The Exorcist anyway. It rules.

Nick Perry is part of the Film Flam team at Boston Hassle. Find him on Twitter to talk movies. I miss movie theaters so…