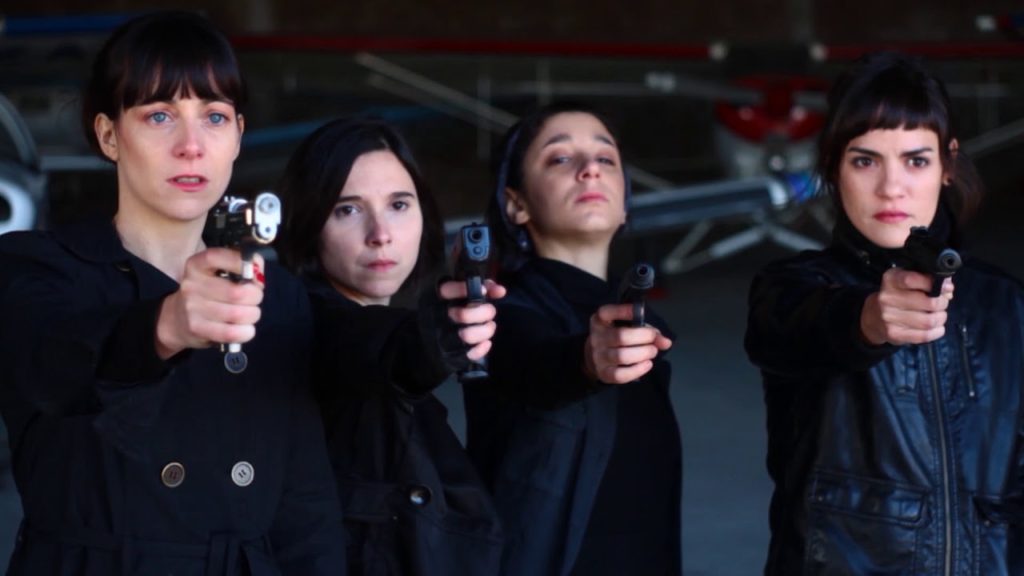 How can one describe La Flor?

It’s a movie with a 14-hour runtime. It’s a movie screened over three nights, the longest showing being 6 hours (with two intermissions). It’s a movie that’s more like 6 movies.

Each movie, referred to as episodes, doesn’t represent a typical, complete story, though. Director Mariano Llinás explains—through fourth-wall-breaking interludes and voiceovers—that the first four episodes of the movie begin at the start of their story, ending in the middle; the fifth episode tells a complete story, beginning, middle, and end; and the final story, the sixth story, only tells us the end of itself.

This structure, when drawn by Llinás’s hand, resembles a flower: familiar looking, yet deceitfully complex. 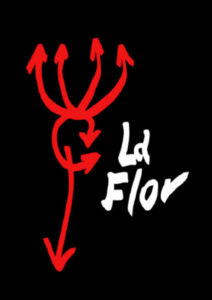 Over the six episodes, Llinás changes genre and tone, and even language, proving adept in almost any style he chooses. The first episode is a horror B-movie about a mummy. The second episode is a musical melodrama interspersed with a story of a secret society attempting to find eternal life. The third episode is about a group of spies and their extensive backstories. The fourth begins as a self-referential satirical look at a director and his four actresses, who turn against him and his elaborate production and narrative structure, only to change into something experimental, about trees and aliens and Casanova and witches. The fifth episode is a black-and-white, silent remake of Jean Renoir’s Partie de campagne. The sixth episode is about three women traveling through the desert after being held captive for years.

Llinás explores these different genres in order to showcase the acting company Piel de Lava, made up of actresses Elisa Carricajo, Valeria Correa, Pilar Gamboa, and Laura Paredes. Throughout the movie, except for two of the episodes, are the incredible women that make up Piel de Lava—that make up La Flor.

Although the draw of the movie is likely to be its immense length, I cannot understate how simply awesome these actresses are. The four women shift in intensity and humor, essentially becoming different people over the course of 14 hours. Carricajo, Correa, Gamboa, and Paredes perform their many disparate roles with an ease that borders on the uncanny, at times even effortlessly switching languages.

Their intimacy, from their work together on stage, translates smoothly to the screen. Each occupies a different sort of style as well, in terms of the performances they give and their strengths as a performer. Elise Carricajo has an almost quiet sorrow, giving unlimited depth to her roles, even the silly ones. Valeria Correa has an innocent, almost naïve look, which switches suddenly to powerful strength in the blink of an eye. Pilar Gamboa is steely intensity, a force of nature, a presence that lasts like the warmth of a hug or a burst of adrenaline. And Laura Parede is wide-eyed wisdom, someone who has somehow seen everything, letting it all sit subtly below the surface.

Without these actresses, one can only presume that Llinás would have floundered. But instead, because of them, Llinás’s marathon becomes something fluid, mesmerizing. The feat of endurance becomes a cinematic success.

It is unfortunate that the length of the movie is likely to overtake other conversations surrounding its merit, especially given the vital and noteworthy performances of these four women. There is certainly a conversation to be had about this type of “endurance” film, in which self-aggrandizing, masculine ideas, such as those of length and size and proving something, overtake more relevant filmmaking aspects until the movie occasionally loses itself to a certain amount of pretension and cinephile bro-ness. That is, Mariano Llinás sometimes seems more enraptured with his own experimentation and exploration of structure than he does the important things that should populate his clever little constructions—like story, meaning, and feeling.

This isn’t to say that La Flor isn’t a move full of value and imagination. La Flor truly is a cinematic feat. And in terms of his initial impetus for creating the movie—to showcase Elisa Carricajo, Valeria Correa, Pilar Gamboa, and Laura Paredes—the movie is a resounding success. It is clear from the camera that Llinás is inspired by these women, storytellers as well, and that his respect and admiration for them moves beyond the level of “muses” and into the realm of collaborators.

Llinás is likewise all too aware of how both the enormity of the production and of the movie itself does appear a bit masturbatory at times. He is playful and self-deprecating in his little breaks throughout the movie. Especially as the weight of the episodes increase, his presence on screen becomes so very welcome, in voiceover and interlude. With each visit from Llinás, as one gets to know him better, it becomes clear that his very essence can be felt throughout the movie. He is the type of filmmaker whose love of film comes off as transcendent, sometimes fanatic even. The movie is a bit like a conversation with Llinás, and you want to talk movies with him forever—talk with him about moviemaking, about La Flor and about performance, about drama and comedy, and especially about the four women who inspired him to make an epic picture that’s a testament to their talent.

This is a labor of love just as much as it seems to be a labor of ego.

So how can one describe La Flor?

It is a wild director. It is four incredible actresses. It is a mess. It is adventure. It is self-indulgence. It is a challenge. It is a feat.

La Flor is a movie of movies.