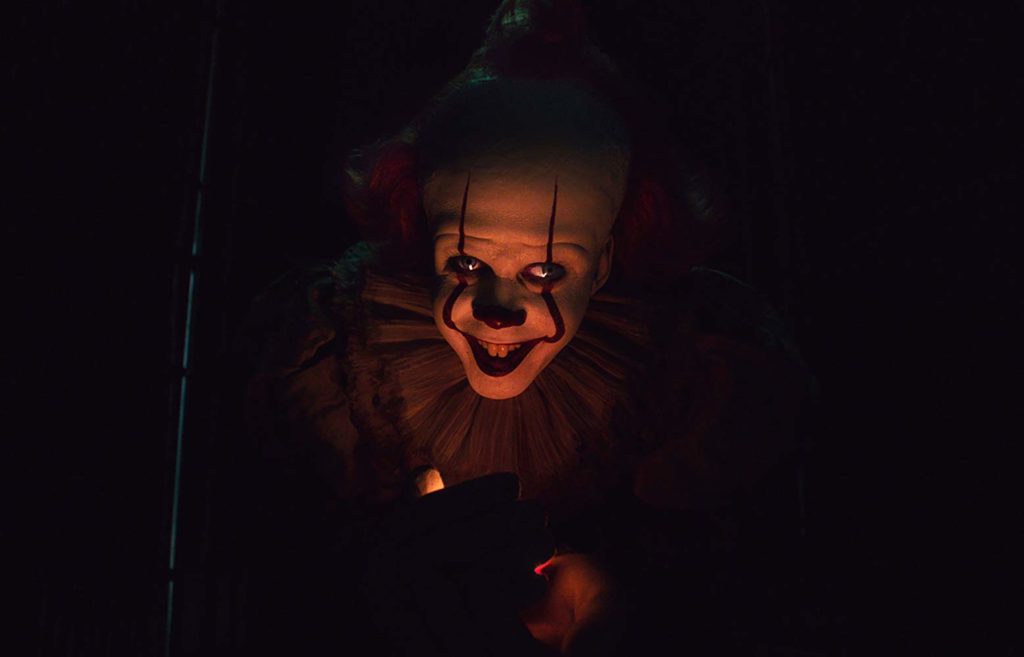 Bill Denbrough has trouble with endings. We know this because he’s teased about it constantly: by his friends, by readers of his wildly popular horror novels, and even by the director of his latest film adaptation. This is, of course, a metatextual running gag: Bill is It’s* prerequisite surrogate for author Stephen King, who’s taken his own share of flack for the conclusions to his often mammoth tomes. But, in the context of It Chapter Two, it also feels a bit like insurance. 2017’s It was that rarest of adaptations, one which overcame the complexity of its source material and stepped out of the shadow of its beloved (if flawed) previous adaptation to create a piece of entertainment that both remains faithful to its roots and becomes wholly satisfying in its own right. The only problem is that it was only half the story: director Andy Muschietti opted to split the timehopping novel chronologically, focusing on King’s band of “losers” as children in the first installment, then returning to them as adults in the second. The question, then, was how Muschietti would recapture the magic of the first film with an entirely different set of actors– and how he would wrangle the story’s end, which is notoriously messy even by King’s standards.

Chapter Two picks up 27 years after the initial defeat of Pennywise the Clown in the sewers of Derry, Maine. The Loser’s Club has gone their separate ways; all are successful, but haunted, and none have more than the foggiest memories of their childhood. As previously stated, Bill Denbrough (now played by James McAvoy) is a successful author; Beverly Marsh (Jessica Chastain) is a glamorous fashion designer; Richie Tozier (Bill Hader) is a comedian in the Louis CK mold; and Ben Hanscom, Eddie Kaspbrak, and Stan Uris (Jay Ryan, James Ransone, and Andy Bean) all command high salaries in the white collar sector. Only Mike Hanlon (Isaiah Mustafa) has any memory of their childhood vow, having remained in Derry to keep watch for any signs of clownery while researching arcane methods of defeating their adversary once and for all. When folks inevitably start dying, he calls on his old friends to finish what they started. None of them take it very well (some, uh, worse than others).

One of the curious things that becomes apparent early on in Chapter Two’s runtime is that this portion of the story is served far worse by the splitting of the timelines than its predecessor. In the book, the scenes in which Mike calls his fellow losers to action are loaded with creeping, Lovecraftian dread; as readers, we don’t know much more about these characters’ pasts than they do, and only get a sense of the horror through their slow, boneshaking reactions. Here, we know exactly what happened, because we’ve seen a whole movie’s worth of it already. The effect is that much of the suspense is removed, and the first hour or so of the film feels somewhat aimless as we follow these amnesiac fortysomethings. 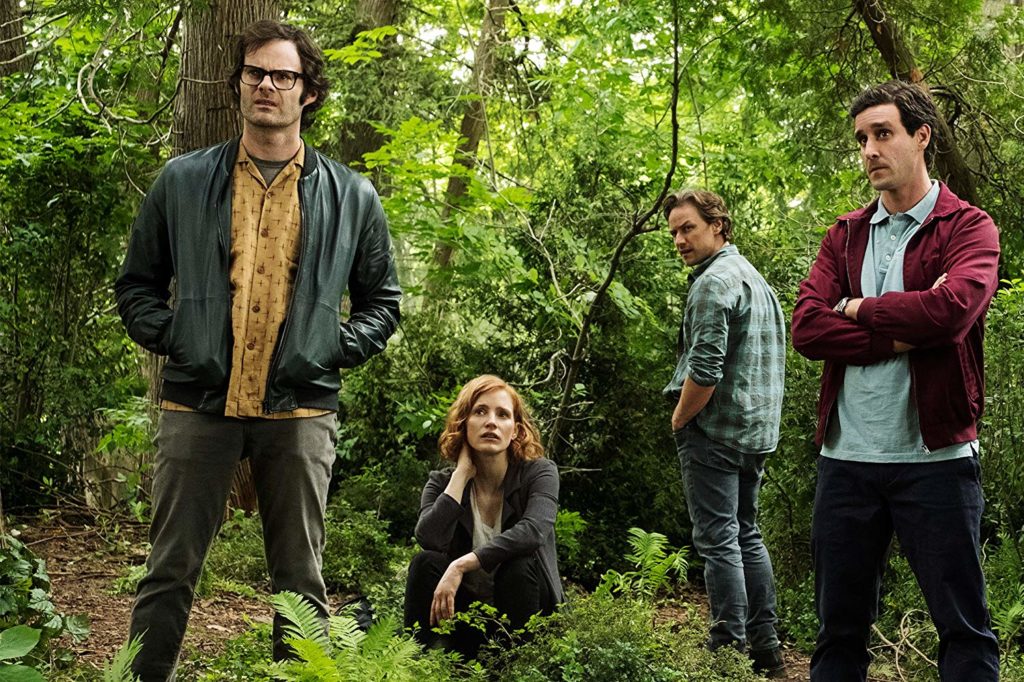 Another issue that I wasn’t expecting to affect this sequel is the timeframe. Chapter One’s decision to bump up the novel’s Kennedy-era setting to the Stranger Things ‘80s worked perfectly, as the Spielbergian wonder of E.T. and The Goonies has largely inherited the idyllic mantle once reserved for Leave It to Beaver. However, the novel’s adult portions were infused with a Big Chill we-blew-it melancholy that simply doesn’t translate as well to the current generation of grown-ups. Say what you will about the Boomers, they did coming-of-middle-age angst much better than Generation X, and the specificity of the characters’ midlife crises is replaced by a general sense of we-got-kinda-old.

This is not to say that Chapter Two isn’t worth your three hours. At its best, Chapter Two leans into the surrealism of the material. It’s easy to forget how weird a book It is, and while many of its more outlandish elements are probably wisely omitted (sorry, cosmic-hippie-space-turtle-god fans), Chapter Two brushes right up against them, both in Mike’s imaginatively staged rituals and in Pennywise’s ever-shifting phantasmagoria. Honestly, even Pennywise alone qualifies; with this film, Bill Skarsgård cements his place in the horror pantheon, his performance every bit as bonkers and unhinged as Jack Nicholson’s in The Shining.

Of course, Pennywise was only half of the appeal of Chapter One; the real question was whether the adult cast could match the effortless chemistry of the original ensemble (the kids are back in flashback, in what must be the first use of digital de-aging to reverse the effects of puberty). Of the new cast, Hader gets top marks, turning Richie “Trashmouth” Tozier into a fully fleshed character, with a few added dimensions absent even from the book version. Nearly as good is James Ransone as the hypochondriac Eddie Kaspbrak, hilariously channeling Chapter One MVP Jack Dylan Grazer into an even more neurotic adult. On the other end of the spectrum is Chastain’s Beverly Marsh. Despite being portrayed by one of our greatest working actresses (and building upon the immensely winning work in Chapter One by Sophia Lillis), Chapter Two’s Bev is curiously underserved; beyond one early harrowing scene of domestic abuse, her arc is disappointingly limited to her continuing love triangle with Bill and Ben. Admittedly, the story’s seven-deep ensemble can be a bit unwieldy (even the 1200-page source material occasionally loses track of some of its charges), but it’s tough not to sense that much of Bev’s story ended up on the cutting room floor. 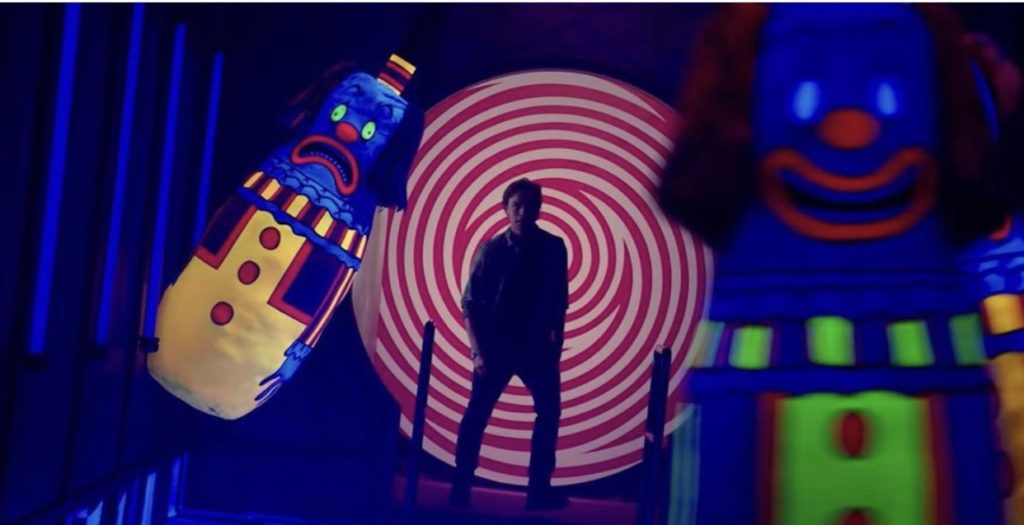 This, of course, speaks to the peril of adapting a work as daunting as It: even the most indulgently expansive film can’t hope to retain every detail, and some of the most affecting passages simply can’t translate to the screen. One of the strengths of both chapters of It is Muschietti’s willingness to stray from the text while remaining true to the spirit; certain aspects of the characters are explored more fully than previously, and, ingeniously, most of the set pieces are replaced with original material, thus retaining the element of surprise for even the most erudite King scholars. It’s curious, then, that so much of Chapter Two feels stripmined by its predecessor, with nothing added to replace the structural ballast of the flashbacks. It’s as if Muschietti wrote himself into a corner, and realized that he’d simply run out of tricks. Then there’s the finale, which has now existed in three different forms, none of which I can begin to succinctly describe.

Is It Chapter Two a bad movie? Not really; as popcorn spookshow entertainment, it’s perfectly enjoyable, with a terrific cast, some great bonkers scares, and a couple of fun cameos (one of which you might see coming, another you absolutely will not). But, in true Stephen King fashion– or Bill Denbrough, for that matter– it can’t quite stick the ending.

*- If I seem distracted in this review, it’s because that apostrophe is literally killing me as an editor, and I can’t shake the feeling I’m accidentally writing an Abbott and Costello routine.